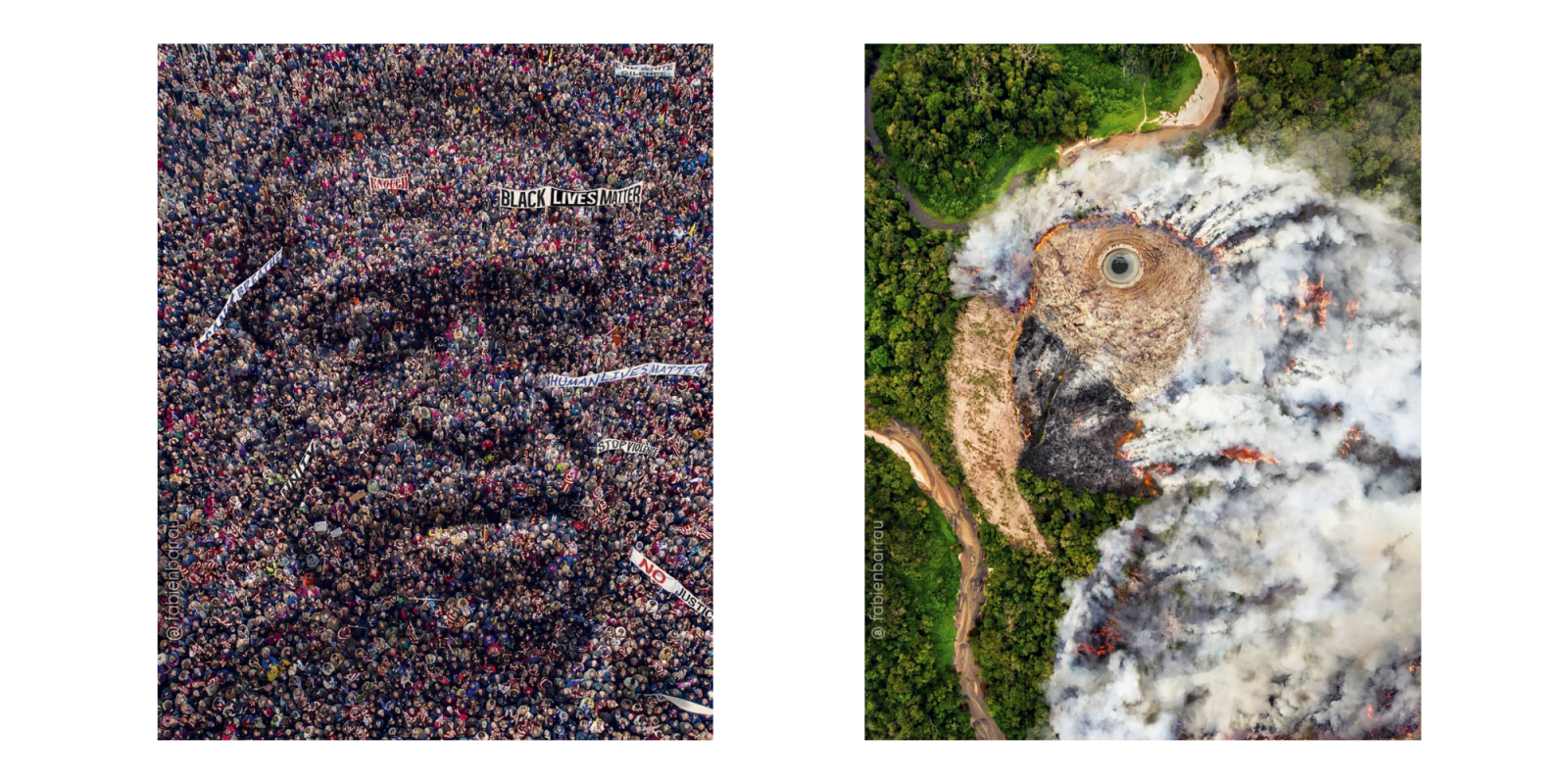 We’ve all seen plenty of digital manipulation of regular photos for the sake of art. But a digital artist from France has taken that a step further: He creates fantastical works of art from drone images.

For more than a decade, Fabien Barrau has specialized in photo post-production. His work is very high-end; a page on his website shows he’s done work for brands like Nina Ricci, Hennessy, OnePlus, and Yeezy. The ad work is gorgeous, but it’s when we head over to Barrau’s Instagram site that things get even more interesting – at least from our perspective. Because it’s there that Barrau lets his imagination and skills run wild by turning drone photos into truly fantastical images.

Once we get onto Barrau’s Instagram page, we see a very different aspect of Barrau’s talent. Look, for example, at this image. Sure brings home some of the issues facing the rain forest:

With some of his artwork, Barrau makes political statements. Just look at this image from a Black Lives Matter protest; you’ll see an image of George Floyd Jr. in the massive crowd:

As you saw with the Brazilian rain forest image, Barrau is clearly concerned about climate change. In fact, he’s devoted several pieces to this theme, and some are apocalyptic in nature. This composite photos combine drone photos with stock photos to imagine what the future might look like in a world with unchecked climate change. The goal? To make people stop and think… and hopefully act. Heres New York City in the year 2476:

The series is called “News From the Future,” and Barrau was interviewed for a story that appears on the Dezeen website. The story says Barrau draws inspiration for some of these images from iconic films like Planet of the Apes (1968), Mad Max (1979), and Akira (1988) – and you can definitely see those influences. The article also quotes Barrau as saying he truly hopes these images can have an impact:

My motivation for this series was how to influence awareness of climate change and the urgency to act every day according to one’s means and power. In my case, my little power is to create images and imagine myself as an explorer who will return from the future with photos of a changed world. I remain convinced that a simple image can have more impact on people, especially the youngest, to understand the probabilities of the consequences of inaction.

We leave you with this image of the Statue of Liberty.