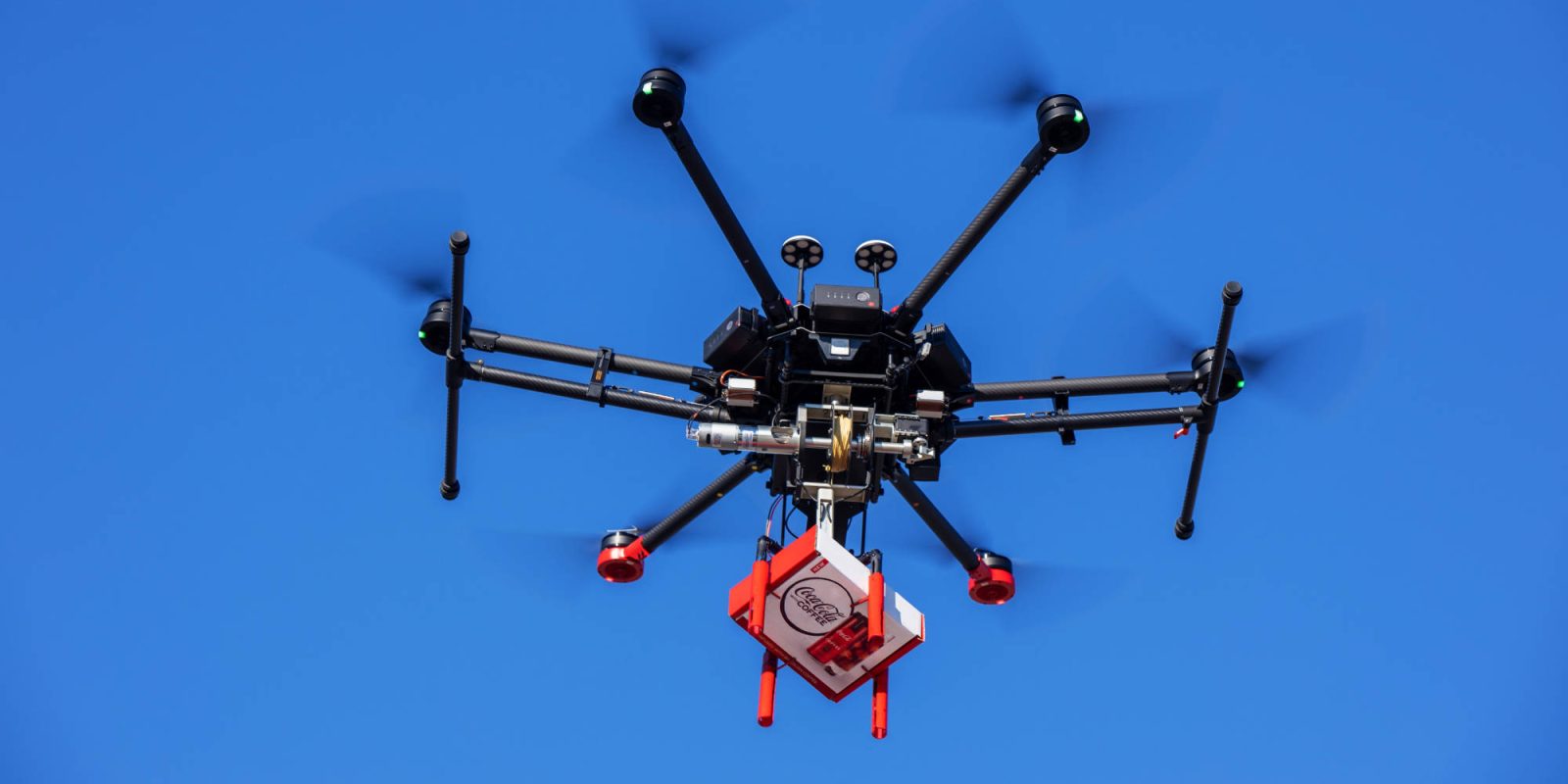 To get people excited about Coca-Cola’s latest product, it has partnered with Walmart to deliver its latest Coca-Cola with Coffee drink by drone to select customers in Coffee County, Georgia. The move doesn’t come as a surprise as Walmart continues to embrace drone deliveries.

The two companies called in national drone service provider DroneUp to ensure the marketing stunt was achievable. DroneUp offers everything from drone deliveries to training and conducts search and rescue missions.

As for the package, it appears that a single Coke can is inside of it, with cardboard being used to ensure the can stays in place and doesn’t become explosive when the person opens it. We haven’t been able to find any footage of the delivery drone in action, but we will update the post once we do!

This isn’t the first time Walmart has worked with drones. Last year September, it began a limited drone delivery service in Fayetteville, North Carolina. The drones have been delivering select groceries to test the operations before rolling out to the rest of the country.

The drones are from drone delivery company Flytrex and will be flown using a cloud-based system. Unlike other drone delivery networks, the drones will deliver the goods right to the customer’s door rather than a nearby depot or pick-up point.

The point of both of these pilot programs is for Walmart to collect valuable data on the customer’s acceptance of a drone delivering goods, the overall experience of getting goods delivered by drone, and if it makes sense to continue delivering groceries by drone.

Walmart also partnered with Intel to go on a drone light show tour around the US to celebrate the holiday season. The pair sent up 1,000 drones at each location, displaying holiday-themed images and characters.