Drones show the full extent of the US Highway 1 washout 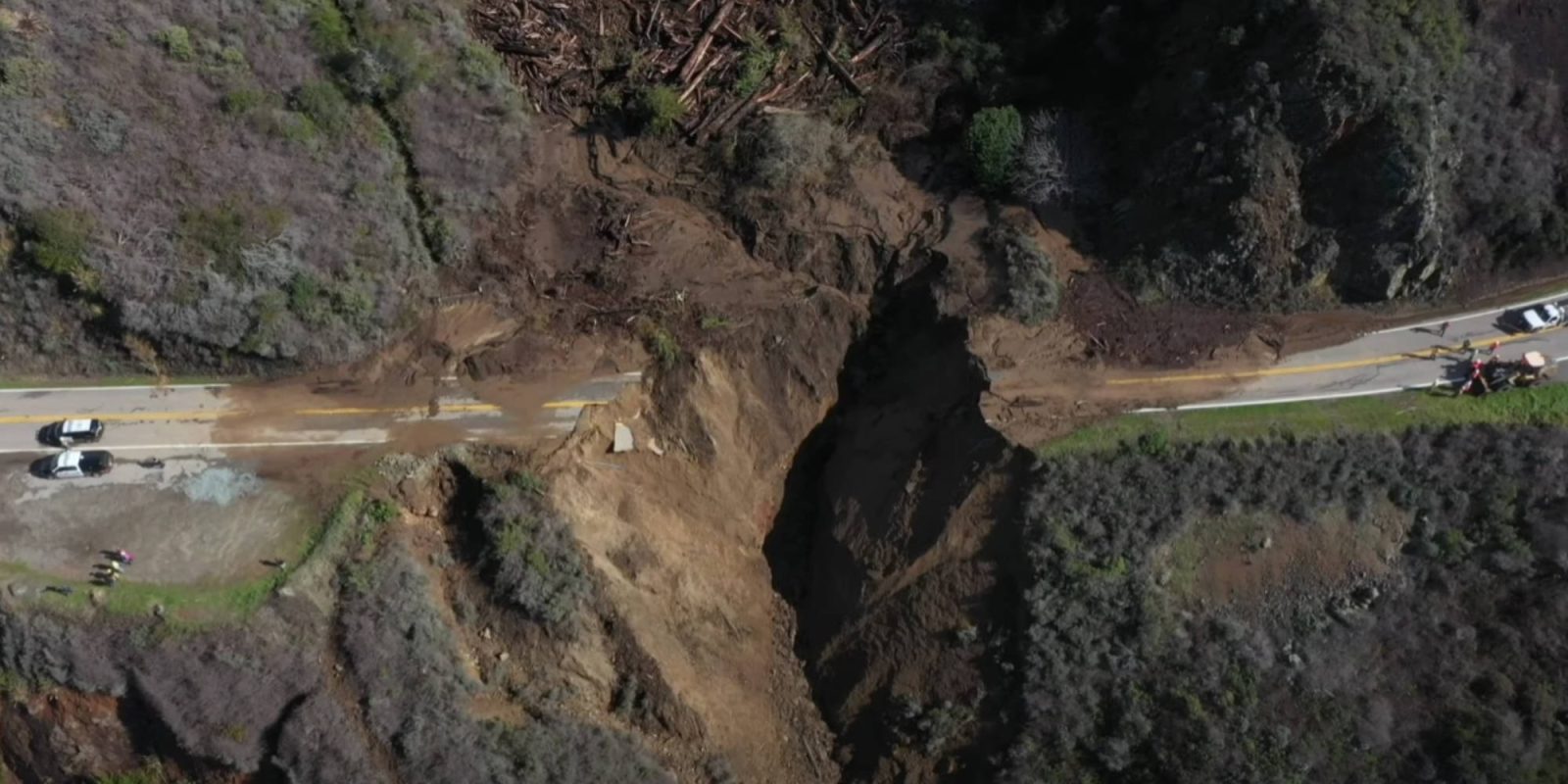 After receiving severe weather in California, a section of Highway 1 has been completely washed out. Drones were quickly on the scene, capturing the full extent of the damage caused by the landslide.

Not too long after the landslide and following washout occurred, crews cleaned up the mess and assessed the damage caused.

The Caltrans District 5 team is one of these teams and happened to bring a drone with them to get a better view of what actually happened and its extent.

Luckily, the washout area had already been closed as a precautionary measure ahead of the severe weather and rainfall the state was set to receive. Caltrans has suggested that anyone traveling in the area should look at its QuickMap to prevent delays.

Taking a look at the footage, we can see that a highway section has literally just disappeared. You can see a large pile of tree trunks presumably downed in the landslide not too far above the road. The area that washed out is right around the same area that a small creek call Rat Creek is located.

Take a look at the video for yourself:

Along with the standard drone footage, Kathleen Tuite has taken more drone footage from LiPo Ching and Caron Creighton and created a 3D model of the washout scene. While the 3D model is of the highest quality, it has more than enough data to show the damage at a much closer level than standard aerial footage allows for.

Data captured like this by drones will likely be used in the evaluation and reconstruction phase of Highway 1. Flying a drone directly into the huge gap created will allow engineers to understand what happened and develop a plan to rebuild a stronger and less likely road to be damaged by a future landslide.

Feel free to explore the heavily damaged road for yourself: