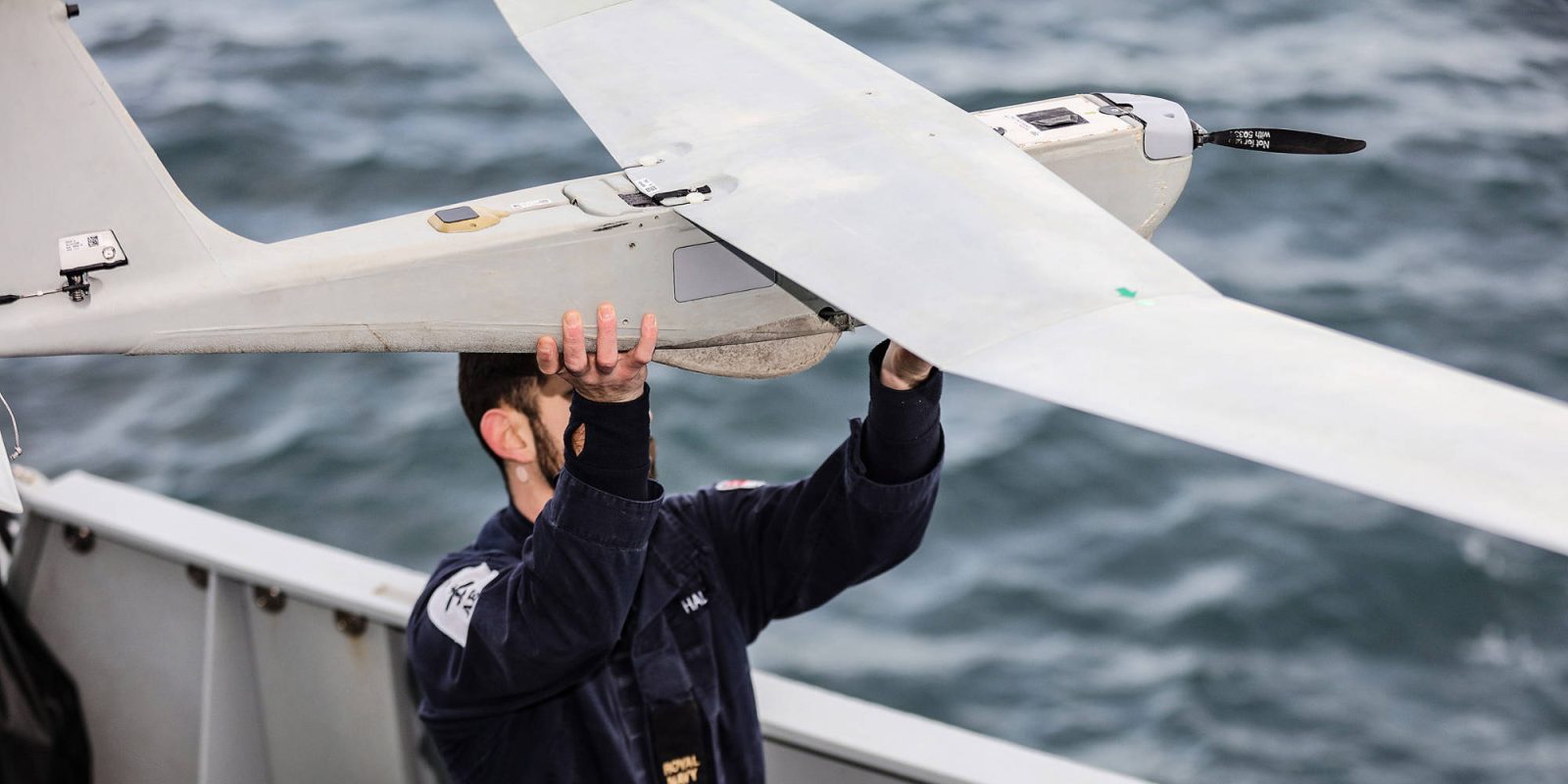 The UK’s Royal Navy has been experimenting with its Puma drone onboard the HMS Tamar in preparation for its first deployment this summer. The drone is expected to take on some of the reconnaissance and intelligence gathering normally done by helicopters.

The Puma drone is being tested on the HMS Tamar as it looks to be a perfect use-case for future drones. The HMS Tamar has a flight deck for helicopters to land but no areas to store the helicopters, making it more of a refueling ship.

As the drone only requires a single person to launch it, multiple drones can also be used at one time to widen the surveillance reach of the ship at a much lower cost than having one or more helicopters in the air.

The drone is also beneficial to a helicopter when it comes to its size and color. The small gray drone blends into the sky much better than a large and loud helicopter, allowing it to go unnoticed when investigating a target.

We were under pressure to perform. There are many additional challenges in preparing and launching safety from a ship. While it’s a relatively small aircraft, it has a large wing and requires some skill from the operator launching it from the ship.

The AeroVironment RQ-20 Puma was introduced in 2008 and has since seen various models produced with improving capabilities. Puma is a battery-powered surveillance and intelligence gathering drone that is easily launched by a soldier. The drone is equipped with electro-optical and infrared sensors, allowing it to be used day or night.

The drone is currently used by Belgium, Canada, Egypt, Estonia, Germany, Latvia, the UK, and all forks of the United States defense forces. The Puma has a range of 9.3 miles and a maximum speed of 52 mph. It can stay in the air for up to two hours on a single charge. There are currently six drone variants, ranging from a solar-powered one to one with an improved propulsion system and a larger battery for improved endurance.

It was of great use for investigating nearby vessels of interest. We could easily see just how useful such a system could be for any future anti-piracy or counter-smuggling operations. It’s a significant enhancement of the ship’s capabilities and bodes well for the future.