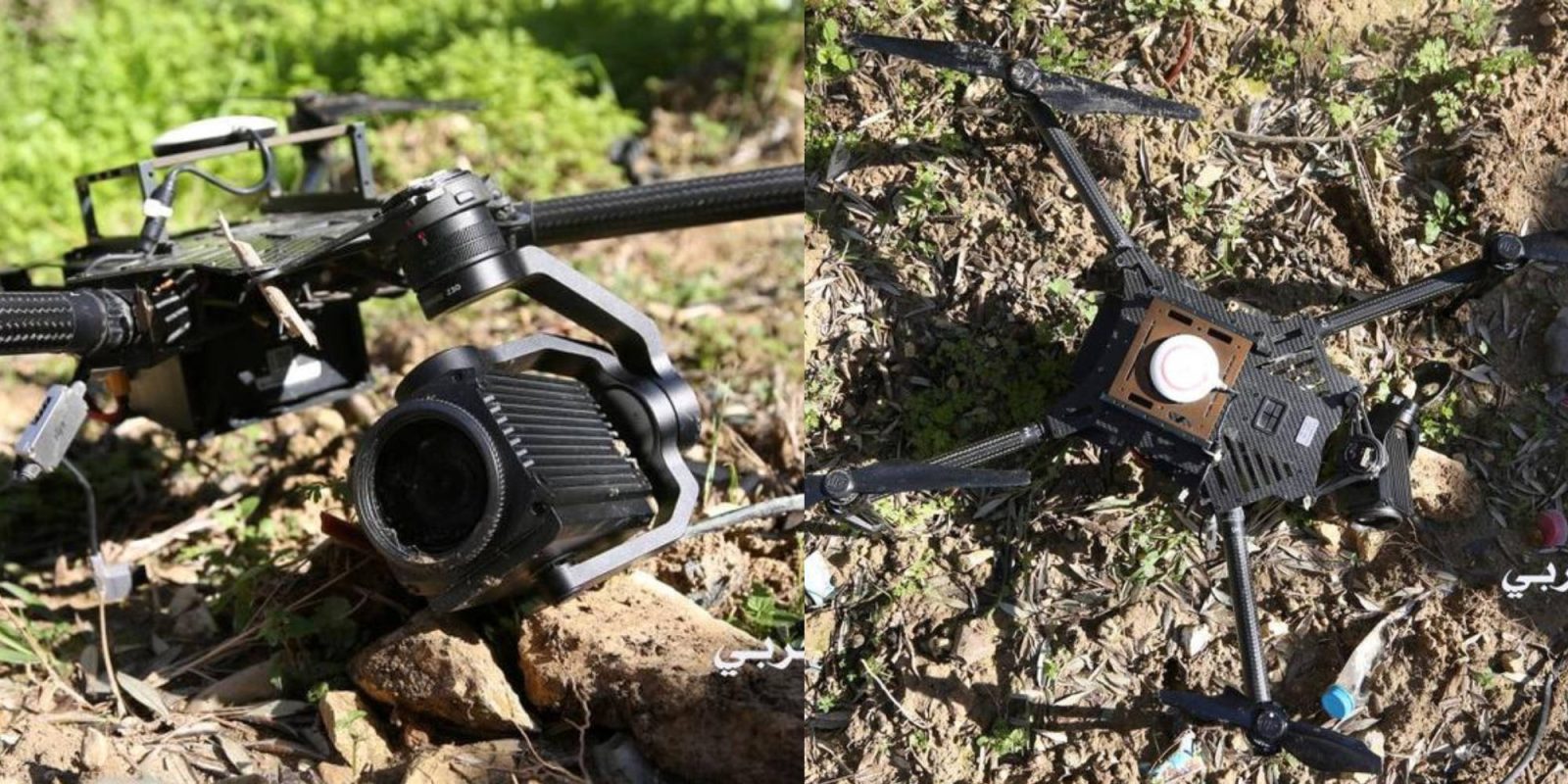 Lebanon’s Hezbollah has reportedly shot down an Israeli DJI Matrice 100 drone flying above the UN’s Blue Line on Monday. On the contrary, Israel has shared that its drone fell out of the sky, leaving everyone wondering what really happened.

The drone had reportedly entered Lebanese airspace, giving Hezbollah the go-ahead to take it out of the sky. The Israeli military shared that there has been “no breach of information.”

According to the images, the drone appears to be a DJI Matrice 100 equipped with a Zenmuse Z30 camera payload. The Z30 is capable of 30x optical and 6x digital zoom, giving you a fairly clear idea of what the Israeli military might have been using the drone for.

The UN Blue Line is a border demarcation set up by the United Nations on June 7, 2000, between Israel and Lebanon to determine if Israel had fully withdrawn its troops from Lebanon.

The continuing rise in tension

In August of last year, Lebanon’s Hezbollah shared that it took down yet another Israeli drone. Hezbollah shared that its fighters could take down an Israeli drone on Saturday, which was seen flying over the UN Blue Line border. Israel responded and said that its drone fell out of the sky into Lebanon during “operational activity along the Blue Line.”

A month or so before that, information was released by a Lebanese reporter that a Lebanese drone filming a music video for the country’s Hezbollah Orchestra was grounded by Israel due to the drone flying too close to the border between the two countries. Israel has also stated that the drone crossed over the border, which prompted the country to control it.

Whether the drone was filming the orchestra or was an elaborate setup by the Lebanese government to spy on Israel, the drone was made to fly 3 km (~1.8 miles) into Israel and later forced to land. While flying away, the drone captured an image of Israel from above before the signal to the controller was lost.

On top of the drone incidents, a fighter from the Iranian-backed Lebanese group Hezbollah was killed during an Israeli drone strike outside the capital of Syria, Damascus. Another missile strike took out five Iran-backed fighters, with one of the fighters believed to be from the Hezbollah militant group.

Israel is effectively at war with both Lebanon and Syria, with many drone strikes happening on Syrian soil to stop Iran from getting farther into Syria. Israel has announced that extra reinforcements will make their way to the Northern border and hit military targets in southern Syria. Syria then proceeded to shoot non-lethal fire in the direction of Israel.