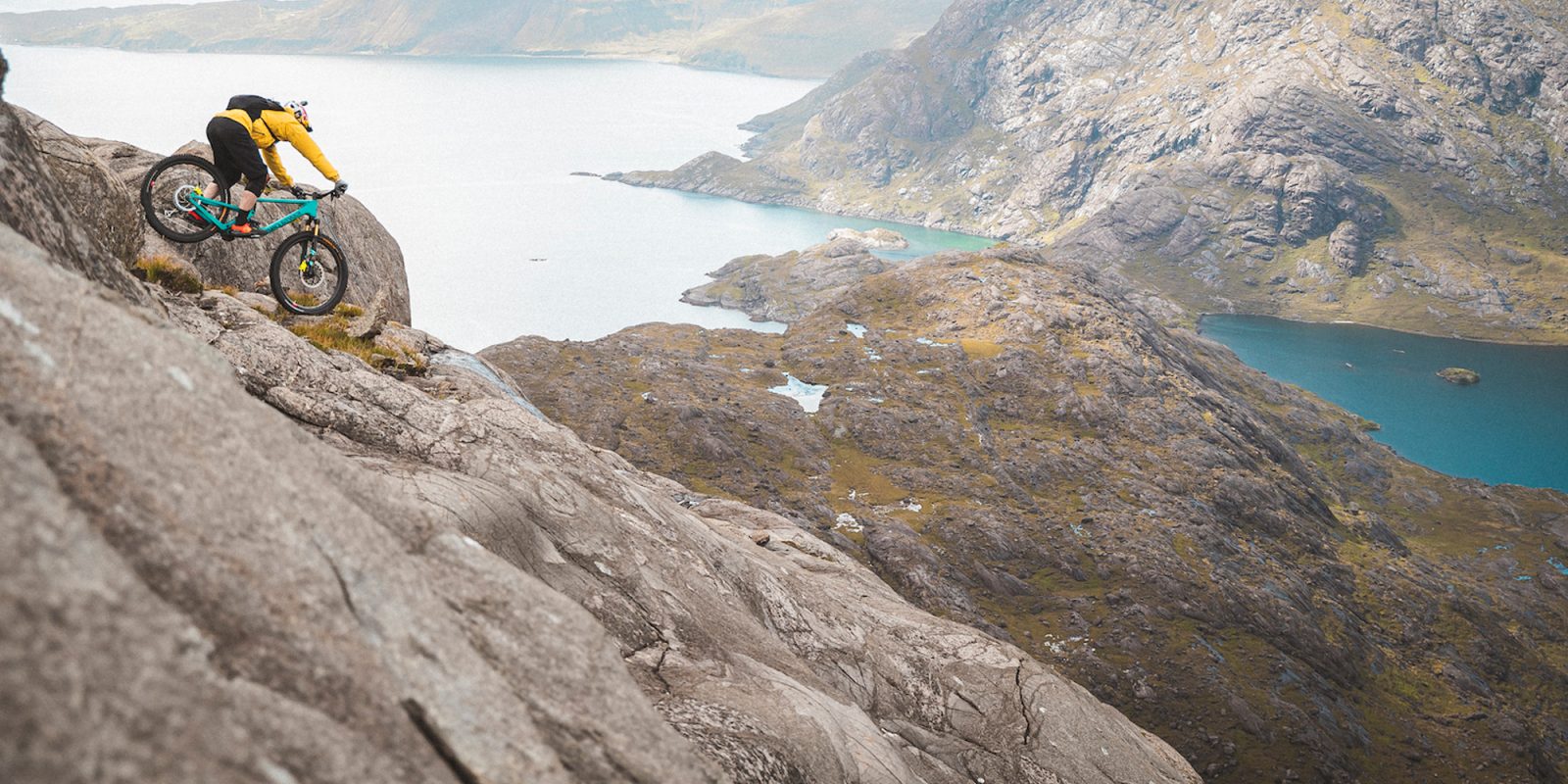 Scottish thrill seeker Danny MacAskill released a new hair-raising cycling video. And almost as impressive as his nearly vertical ride down a mountain is the FPV drone photography that documents the mountain biker’s descent.

MacAskill takes on the summit of Sgurr Dubh Beag (Little Black Peak) on the Isle of Skye. It’s more than 700 meters above sea level.

“The remote location and steep face forced us to think outside the box. It meant we had to move away from traditional filming techniques, with us opting to shoot the entire film using GoPros mounted on myself and an FPV racing drone,” says MacAskill.

The 35-year-old cyclist starts off slow with an arduous climb up the 900-meter route. At the top, even MacAskill admits it’s pretty scary looking down at the Loch below. The plunge begins at about the 1:00 minute mark. And the FPV captures a really bone-rattling drop at 1:08.

“There is no safety involved – no rope. You make calculations as to what could happen if things go wrong. There is no way of stopping so you are fully trusting your brakes and tires,” he says.

MacAskill didn’t do this in one take, but there are some impressively long shots. And while few of us will be able to duplicate MacAskill’s mad skills, the FPV sequences are an inspiration to struggling drone pilots.

“Some of the places I was planning to ride were very extreme in terms of what’s possible to ride your bike down and staying in control. I would have probably been dead if I tried,” he says.

The video lasts only six minutes and it’s worth watching the whole thing.

But there’s more for viewers interested in exactly how the mountain biker’s harrowing descent was done. MacAskill produced a Making of documentary with behind-the-scenes video that should provide a few insights for drone pilots.

According to Scottish Field, MacAskill’s biking videos have been watched more than 300 million times. If you’ve enjoyed wiping the sweat from your palms, you might enjoy other MacAskill films, such as The Ridge and Wee Day Out.

“As much as I enjoyed riding the Dubh Slabs, the most memorable emotion was the relief and satisfaction heading back over the loch on the boat after finishing the filming, ” he says.