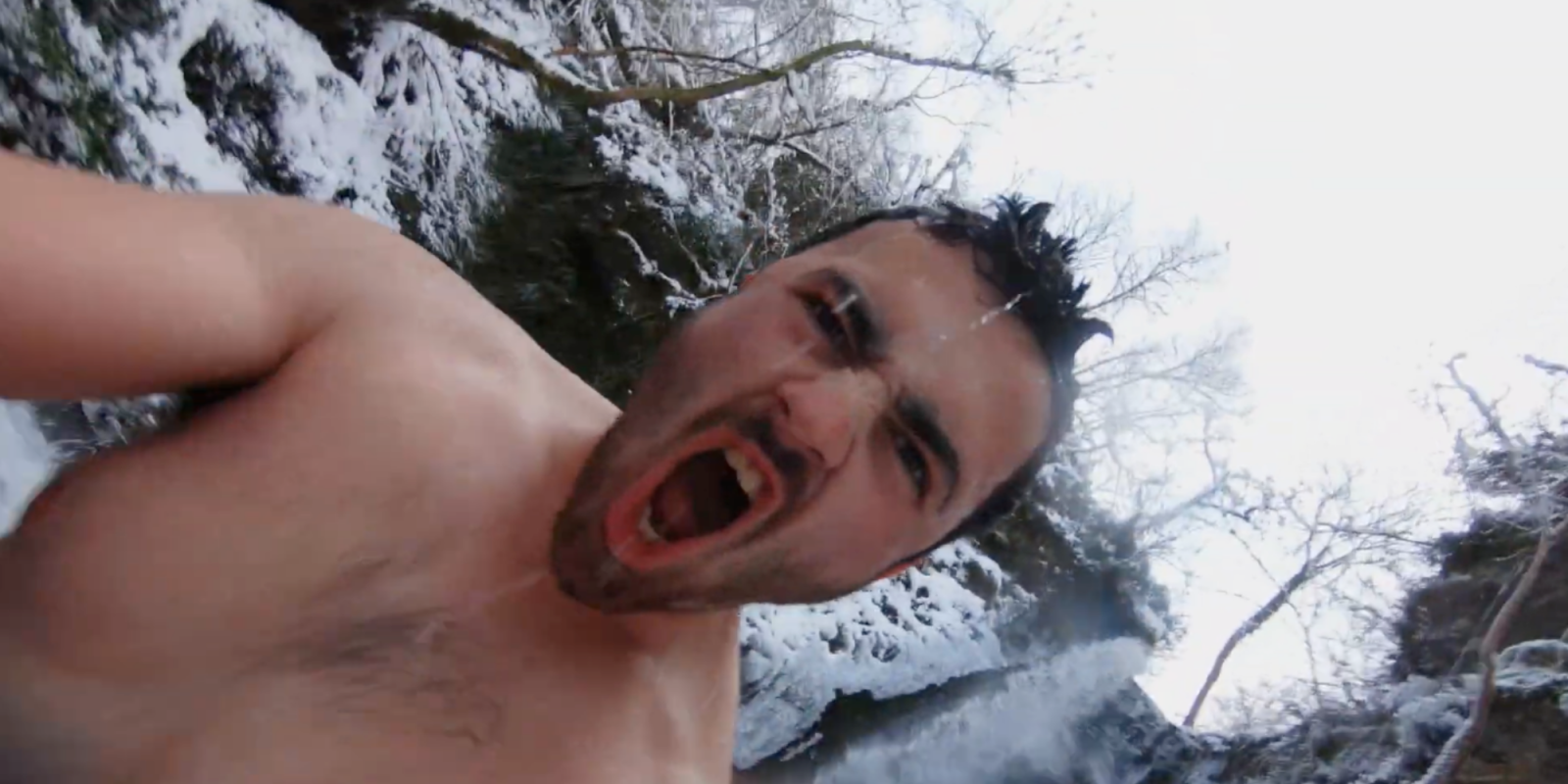 We thought we’d seen it all before. We hadn’t. And you? Just wait until you see this drone pilot take a dive with his drone over a waterfall, followed by a personal plunge into frigid waters to recover it.

We watch a lot of drone videos. Some are all about skill or production value or style. Some are even about location. But we have never seen a video quite like the one we’re about to share. This one, you might argue, is about commitment – or even bravery. Because you’re about to see someone lose a drone at the base of a freezing waterfall AND THEN JUMP IN THE WATERFALL TO GET IT.

Sorry about the caps. We just still can’t quite believe it.

His name is Florian Cazassus. He’s a builder and pilot, and loves to shoot at great locations in France. On this particular day, he decided to fly at the Cascade du Pan – a gorgeous waterfall that’s a good walk from the highway. If you’re curious precisely where this happened, you can check out this Google Map link.

It was a gorgeous location. Everything was coated with snow. It was going to be a perfect flight… until it wasn’t.

Pull up, pull up!

It’s a gorgeous shot as Florian dives with the waterfall. But then, as he tries to pull out of the dive, there just isn’t quite. Enough. Power.

It was filmed with a ducted CineWhoop, obviously it’s was the wrong quad for this type of job, I was full throttle right before the impact with the water. I think I only needed one more meter for the Drone to recover the dive. After this I couldn’t see through the turbulent water from the waterfall, so I decided to go for it.

Are you ready? Here you go:

Obviously, Florian jumped in the water. But what was that like?

I couldn’t see through the turbulent water from the waterfall, so I decided to go for it. I couldn’t breathe normally due to the cold, I had to really focus on my breath to do it. I was really lucky because after watching the footage, I realized the drone was moving constantly in a circle inside the waterfall basin. I was very lucky to be in the right place on the right moment; while I was searching it hit my hand randomly. It was five minutes of searching through the water; I think it was 0 Celsius.

The quad is fine, it was the second bath for him. I conformal-coated it with the MG chemical 422b. Since this event, there’s even been a third time without any damage at all.

“Know the limit of your quad and conformal coat it! Two or three layers everywhere,” says Cazassus.

And, if you ever happen to wind up a similar situation?

“Take deep breath in the cold, really focus on it and nothing else.”