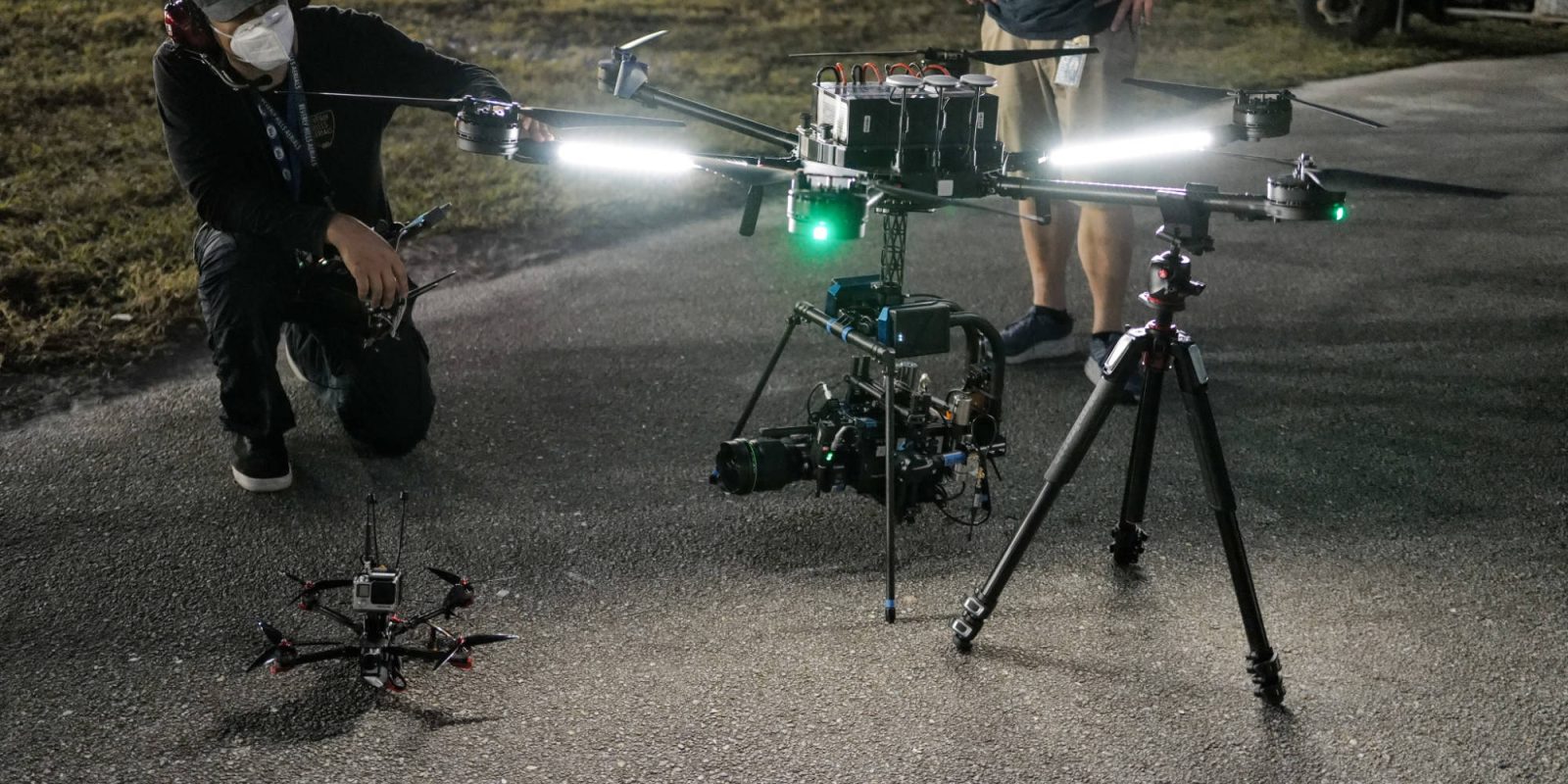 The Daytona 500 used an FPV and cinema drones to capture the action above while giving viewers excellent new angles. NASCAR teamed up with Beverly Hills Aerials to take the 500-mile-long race to the next level.

The drones have been in the air and capturing impressive footage during all of the races at Daytona International Speedway in Daytona Beach, Florida.

The FPV drone being used on the course is equipped with a Dream Chip camera to get the best possible quality from such a small drone. From the looks of things, it is likely using one of the ATOM One Mini cameras from the company capable of pumping out 4k video at 60 fps in a form factor just larger than a single euro coin.

This will allow our video operators to be able to paint it and make sure that it matches the rest of our cameras. Other times when we’ve put out these types of specialty cameras, we’ve lacked that control to get them to match; they’ve always looked a little bit different. Now we’ve been able to make this a reality.

Take a look at the videos shared by Beverly Hills Aerials below. Also be sure to keep up with its Twitter account to see the latest clips posted.

This one isn’t from a drone but managed to capture the FPV drone making its way down the raceway.

The cinema drone, or heavy-lift drone, has been around for some time now in sporting events and joins again. This much larger drone wasn’t speeding down the raceway like the FPV drone but instead complemented it by capturing slower and more cinematic views of the race from above.

Take a look at the view for yourself.

What do you think of drones being used in such a dominant way for a large sporting event? Do you want drones to show up in more sporting events? Let us know your thoughts in the comments below.