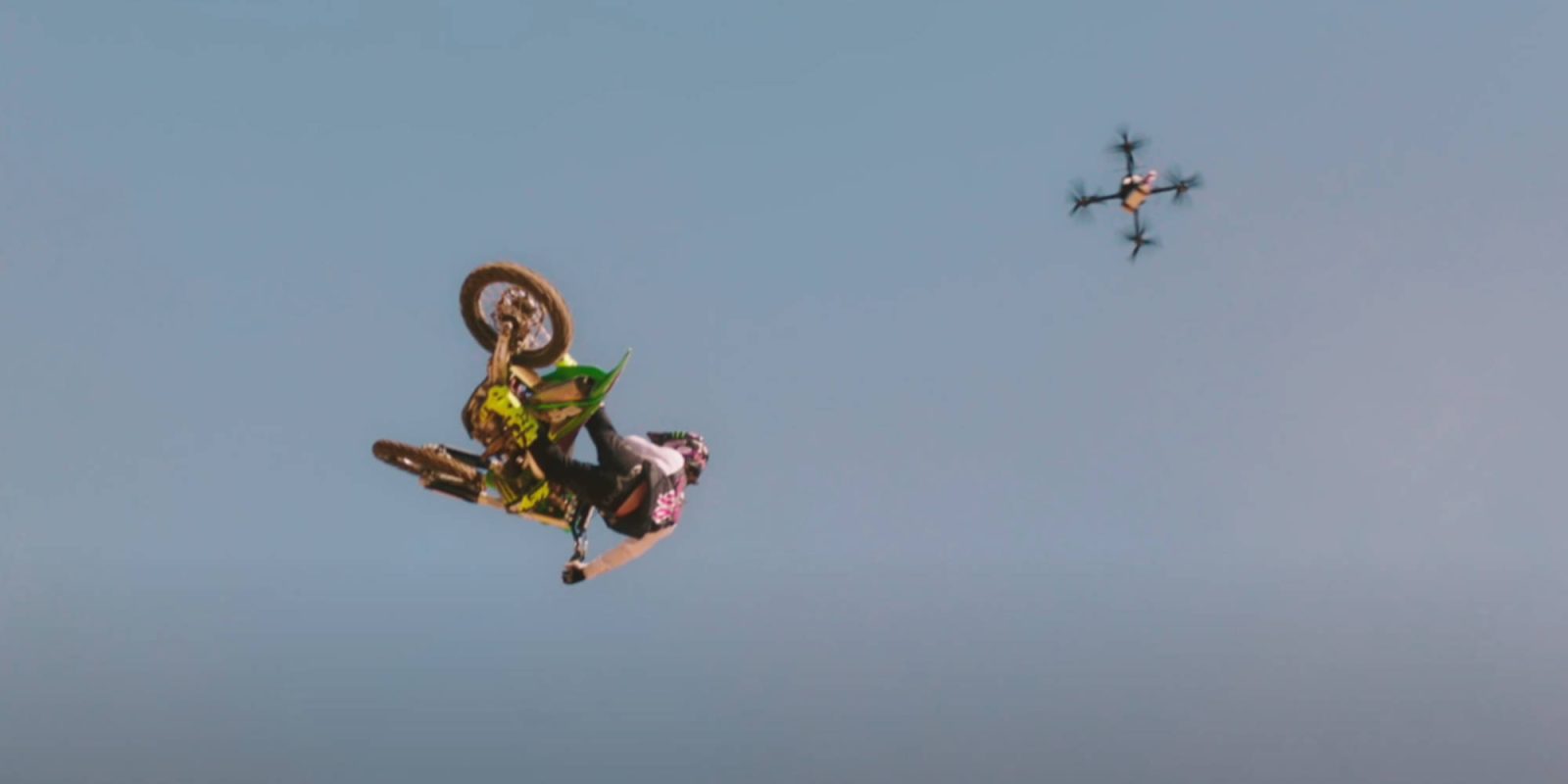 One of the most well-known FPV pilots, Johnny FPV or Johnny Schaer has taken to the sky in the late rapper Juice WRLD’s latest music video for his song “Conversations.” The video combines clips of Juice WRLD with an FPV drone chasing motocross riders as they perform tricks.

The video opens with an FPV drone speeding above the tree line. After a few shots of Juice WRLD himself, it then cuts back to the drone where we see a helicopter flying low to the ground, and the shots of the motocross riders begin.

Drone shots are scattered throughout the video, with what looks to be a few shots captured from the helicopter as well. From the video, we get to see two drones. One looks to be a cinewhoop-style drone known for its slower speeds but smoother and cinematic footage.

The other drone that can be seen looks to be a much larger racing X-Class-style drone, allowing larger cameras, like the RED cinema cameras, to be carried.

You can watch the video below and keep an eye out for the drone shots and the shots where the drones appear.

Johnny FPV or Johnny Schaer is an FPV pilot who made it onto the scene at around the same time the Drone Racing League (DRL) began in 2015. He then competed in the league along with the European-based Drone Champions League (DCL). Throughout his time competing in these competitions, he came to love cinematic FPV, which slowed things down a little from the racing scene to create some of the most amazing FPV footage to date.

Over the years, Johnny FPV has worked with GoPro, Red Bull, Nike, Netflix, Mercedes, Ford, DJI, and BMW, to name a few. One clip you would have definitely seen from Johnny is from the iPhone 12 launch event. During the launch, the new iPhone 12 was strapped down to an FPV drone and chased horses. Johnny FPV was the man controlling the drone, capturing some awesome shots.