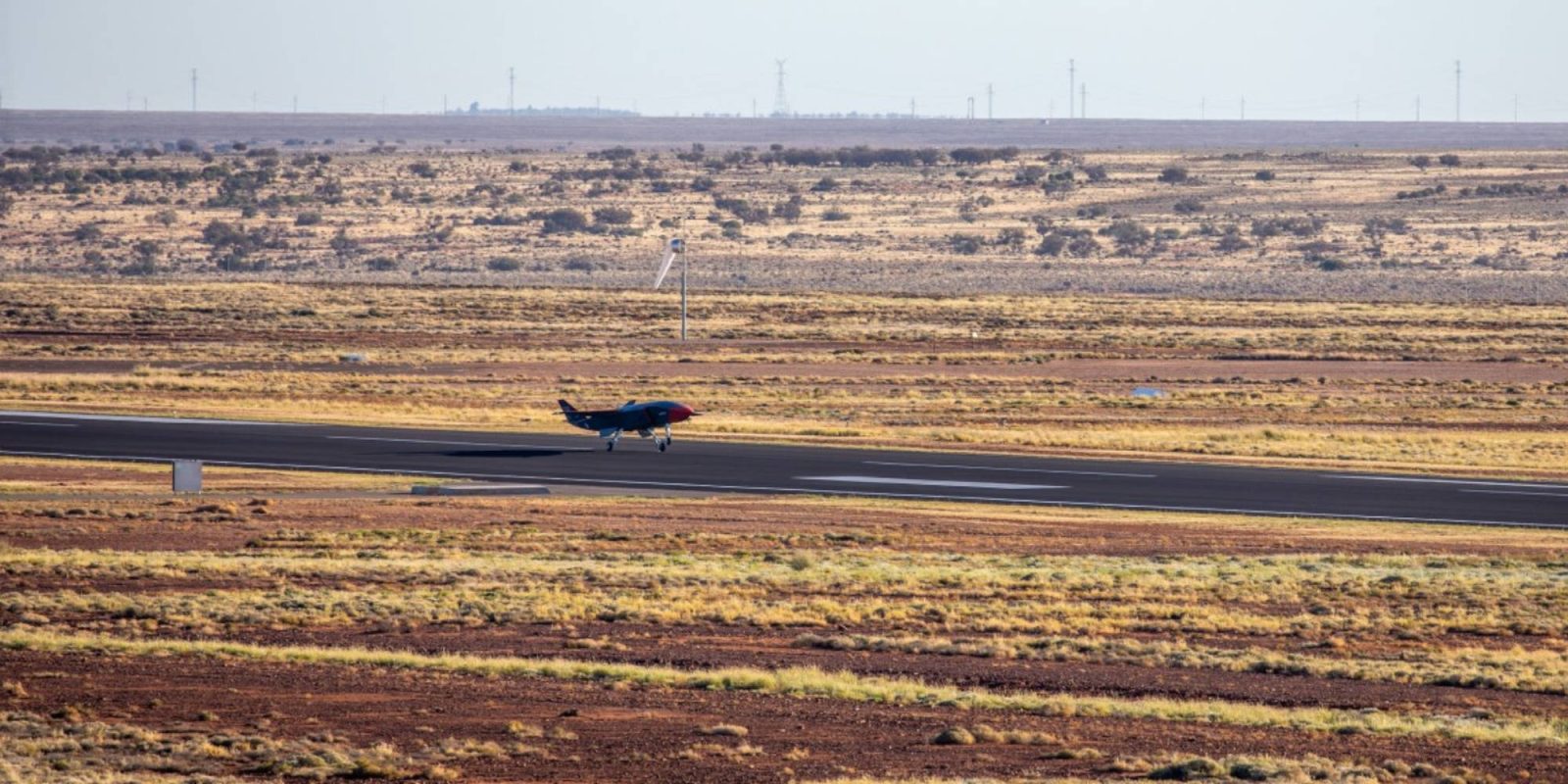 Boeing’s Loyal Wingman drone has taken to the sky for the first time after years of work, making it the first Aussie aircraft built in half a century. The test flight was done above the Woomera Range Complex in South Australia.

While the test flight was autonomous, a team of engineers was standing by as the drone completed a pre-determined flight. This flight included various altitudes and speeds to ensure all of the systems were working correctly.

As the test was a success, the Australian government shared that it has purchased three more prototype units to continue developing the technology. This new contract is worth $115 million and will be spread out over the next three years.

Later on in the year, the Loyal Wingman will take to the sky in another solo test and a team test with a crewed aircraft, which is the way it is intended to be used once operational.

“The Loyal Wingman’s first flight is a major step in this long-term, significant project for the Air Force and Boeing Australia, and we’re thrilled to be a part of the successful test. The Loyal Wingman project is a pathfinder for the integration of autonomous systems and artificial intelligence to create smart human-machine teams. Through this project, we are learning how to integrate these new capabilities to complement and extend air combat and other missions.”

A team of 16 has used digital engineering and advanced composite materials to create an 11.7-meter (38-foot) drone to suit specific price and agility goals. The drone has also been designed to use artificial intelligence alongside operated and unmanned systems. The Loyal Wingman is said to have a range of 2,301 miles and performs similarly to a fighter jet.

The Loyal Wingman drone will provide the Australian Army with intelligence, surveillance, and reconnaissance capabilities depending on the drone’s payload. We don’t currently know what payloads the drone will have in terms of weaponry, if any.

You can watch the video of the first flight below.