CRA and Flyfire partner to create a drone swarming system 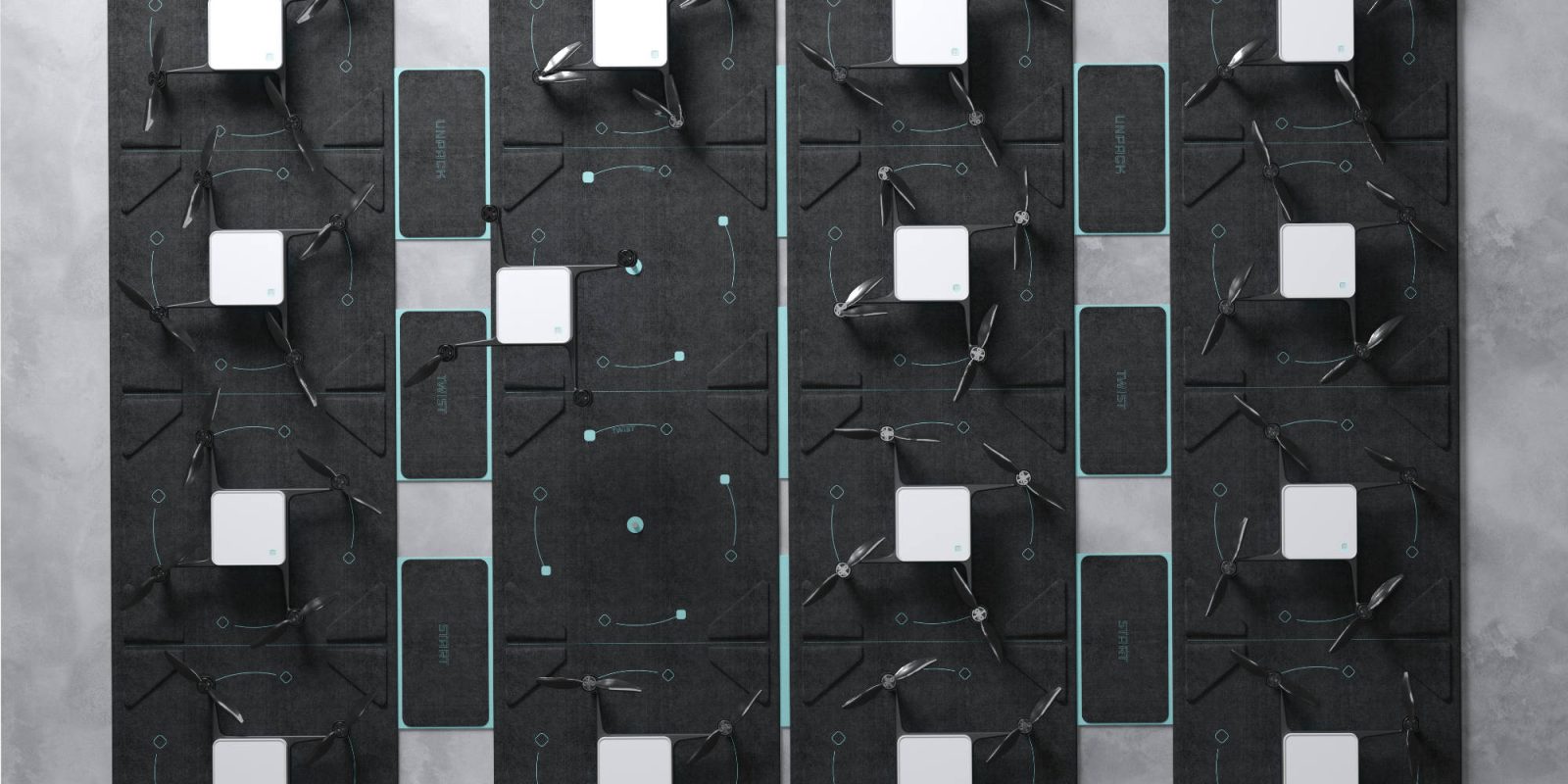 Design and innovation studio CRA-Carlo Ratti Associati is working with drone company Flyfire to prototype a new drone swarming system that can control up to 10,000 drones at once and fits into a suitcase. The system hopes to allow thousands of drones to be quickly set up to swarm information.

The new swarm system goes by the name of “Flying Drone Blanket” and allows drones to be easily connected to it and work as one large formation for drone light shows, environmental scanning, and 3D modeling, to name a few.

The drone blanket is essentially a mat that can fold up into a suitcase that can hold up to 16 drones and charge them once they are back on the ground.

To take off, the drones make a 45-degree turn and quickly spin away from the blanket. To land, the drones will make the same move but in the opposite direction, which also automatically charges the drone.

If you wanted to use more than 16 drones at once, multiple blankets could be linked together to allow up to 10,000 drones to be controlled at once.

“In the last few years, individual drones have become a common presence in everyday life. Working with Flyfire, we set out to explore the next challenge – how do we make drone swarms more attainable? With this project, we imagine a near future where drone swarms can be used for multiple purposes – from light shows to mapping buildings with 3D scanning to sensing air and water quality – in a scenario that we might describe as an ‘Internet of Flying Objects.”

Flyfire already produces its own light show drone, the Kaiken, the intended drone for this setup type. The Kaiken has a 25-minute flight time, only weighs 270 grams, and is 190 mm x 190 mm, making it easy to transport from show to show.

The drone is equipped with a 500 Lumen three-channel LED and is backed by a battery monitoring and management system that automatically detects when the drone needs maintenance. The Kaiken runs PX4 and Ardupilot, making it compatible with a whole range of systems and accessories.

“When our team started Flyfire we set out to bring the best of what drone design has to offer to the realm of light shows and then to autonomous swarm operations. Together with CRA we can have a glimpse of what the future might hold for robotic swarms in our cities – and then make it a reality.”