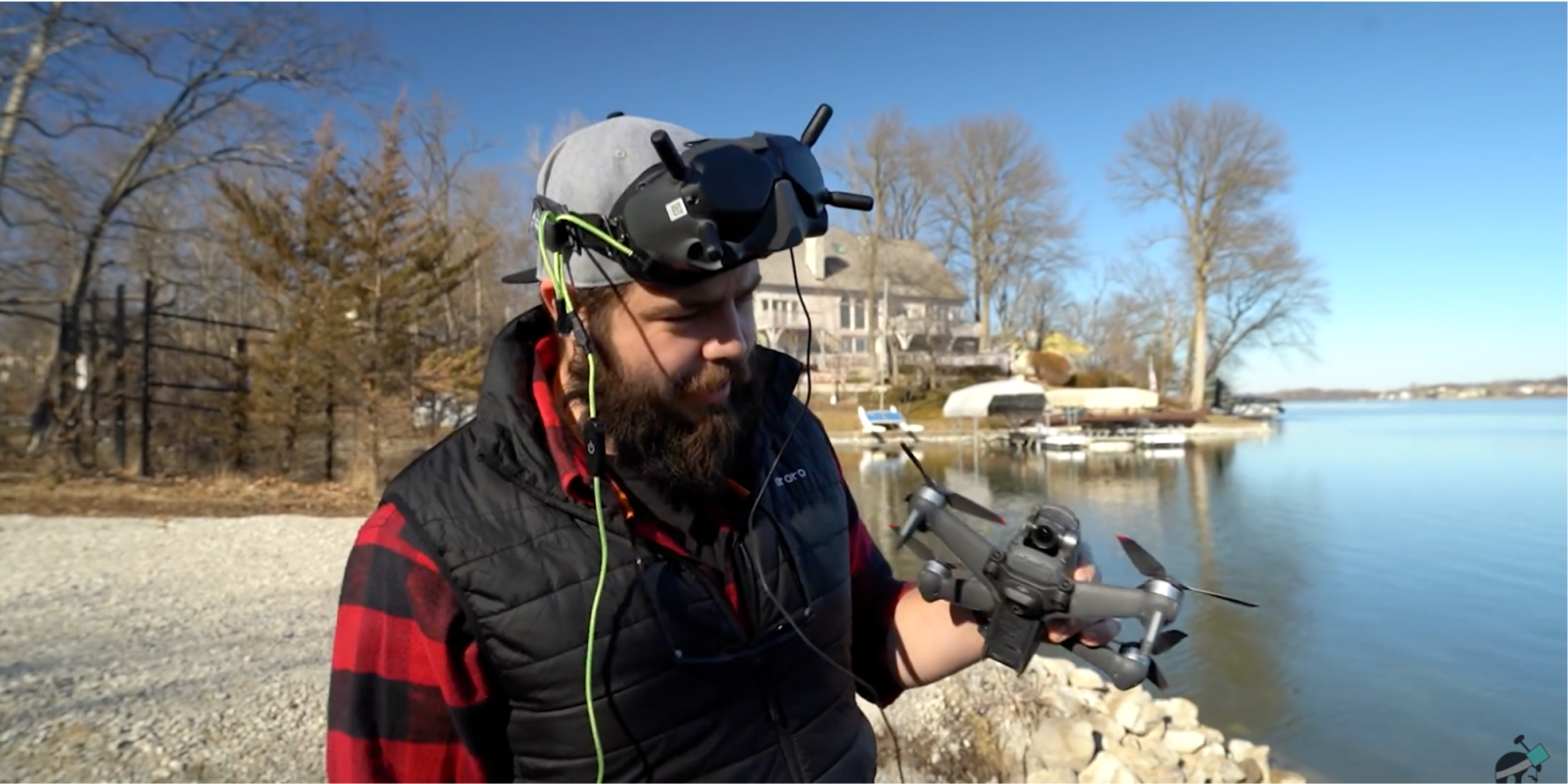 Regardless of what you think about DJI’s new FPV drone – and opinions are pretty divided – there’s no denying that its pricey battery can take you for a pretty good trek. But how will the Command and Control link hold up during a longer voyage? And will the V2 Goggles still look clear? Nurk decided to find out.

Before anyone can rush to the comments button, we are aware that this flight is Beyond Visual Line of Sight. We also know that Nurk is a very experienced pilot and is responsible for his own decisions. But for the kind of test he wanted to do, there really aren’t too many ways to carry this out that are not BVLOS. Yes, you could have an observer chase the drone and radio information back to Nurk about any potential conflicts, but you can’t drive a car to an island – and Nurk didn’t have access to a boat.

Let’s see what he did.

We’ve noted before that there’s been increasing interest in long-range FPV drones. Most of those, though there are exceptions, are custom-built. We wrote about the trend here.

The DJI FPV drone, using OcuSync 3.0, has a range of up to 10 kilometers – though we doubt even these batteries would get you a 20-kilometer round trip. But FPV icon Nurk decided to do a reasonable range test over water, flying out to an uninhabited island. He had a pal with him, flying a Mavic.

For some people, being able to fly and explore locations is part of the reason FPV is so cool. When I was flying the DJI FPV the other day (with a visual observer who had the drone within Line of Sight), I spotted an abandoned boat in the woods. It was a cool discovery.

Nurk, meanwhile, thinks the DJI FPV could be good for, say, heading up the side of a mountain in N or S mode, before switching to M for acrobatics and some cliff diving. Anyway, let’s see how his trip turned out:

What kind of pilot are you?

Ultimately, that’s the question here. I was speaking recently with a friend – an FPV guru who runs a super popular FPV drone store – and told him I’d like to build a long-range quad. Basically, I like the idea of exploring – once I figure out what to do about the BVLOS issue. His response: “Why would anyone want to just go and fly around? Sounds kinda boring.”

And we get that. And maybe I’ll discover that later this year when I build the thing. In the meantime, it’s nice to know the DJI has excellent range – which includes the prospect of hitting that RTH button if you have any issues.