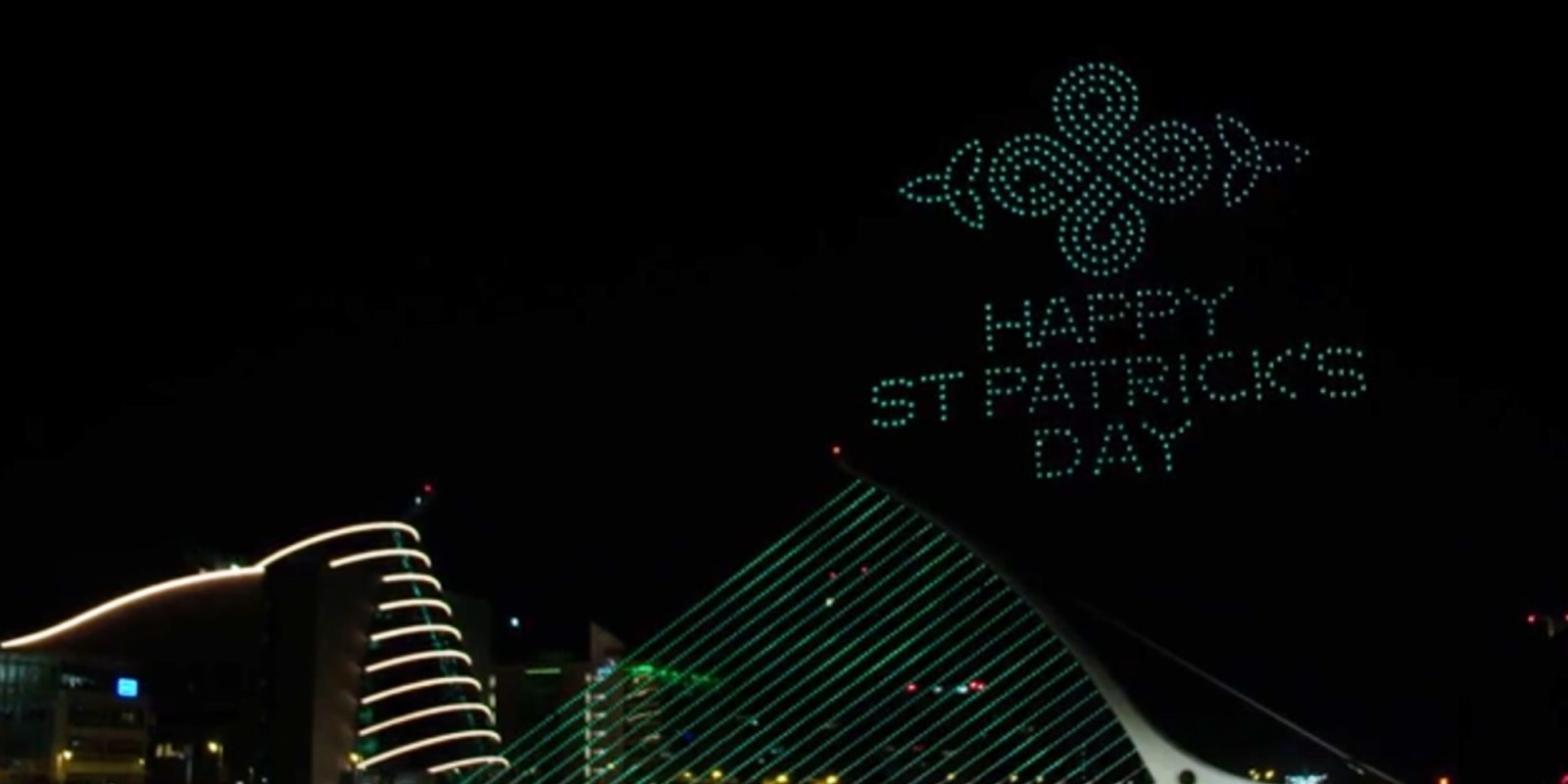 The debate continues over whether drone light shows are better than fireworks. But one thing fireworks will never give is the personal touch. Today’s case in point comes from Dublin and a wish for hope with a St. Patrick’s Day drone show.

A swarm of 500 drones buzzed over the Irish capital creating some of the country’s most iconic images. A Celtic cross, a shamrock, and texts wishing viewers a Happy St Patrick’s Day lit up the night sky over the River Liffey. The show was actually earlier this month and released on St. Patrick’s Days as a film called “Orchestra of Light.” It’s the creation of the St Patrick’s Festival and Tourism Ireland featuring the Intel drone show.

“It’s a story of Ireland’s global influence and how a small island on the edge of Europe has spread its culture and traditions across the world,” according to a publicist.

The St. Patrick’s Day drone show comes up short of the world record of 3051 drones, and we’ve seen smoother animation. But it’s a happy and soothing display for a world still under lockdown.

“Although St Patrick’s Day will be very different this year,” Niall Gibbons, Chief Executive of Tourism Ireland told The Independent. “Our aim is to capitalise on the heightened exposure for Ireland around the globe on 17 March to ensure that Ireland remains ‘top of mind’ as a great holiday destination for bookings, when the time is right.”

CBS has a few different angles of the show, including one of the nicest animations: a spinning globe slowly turning green. You can see it here at the 0:17 mark.