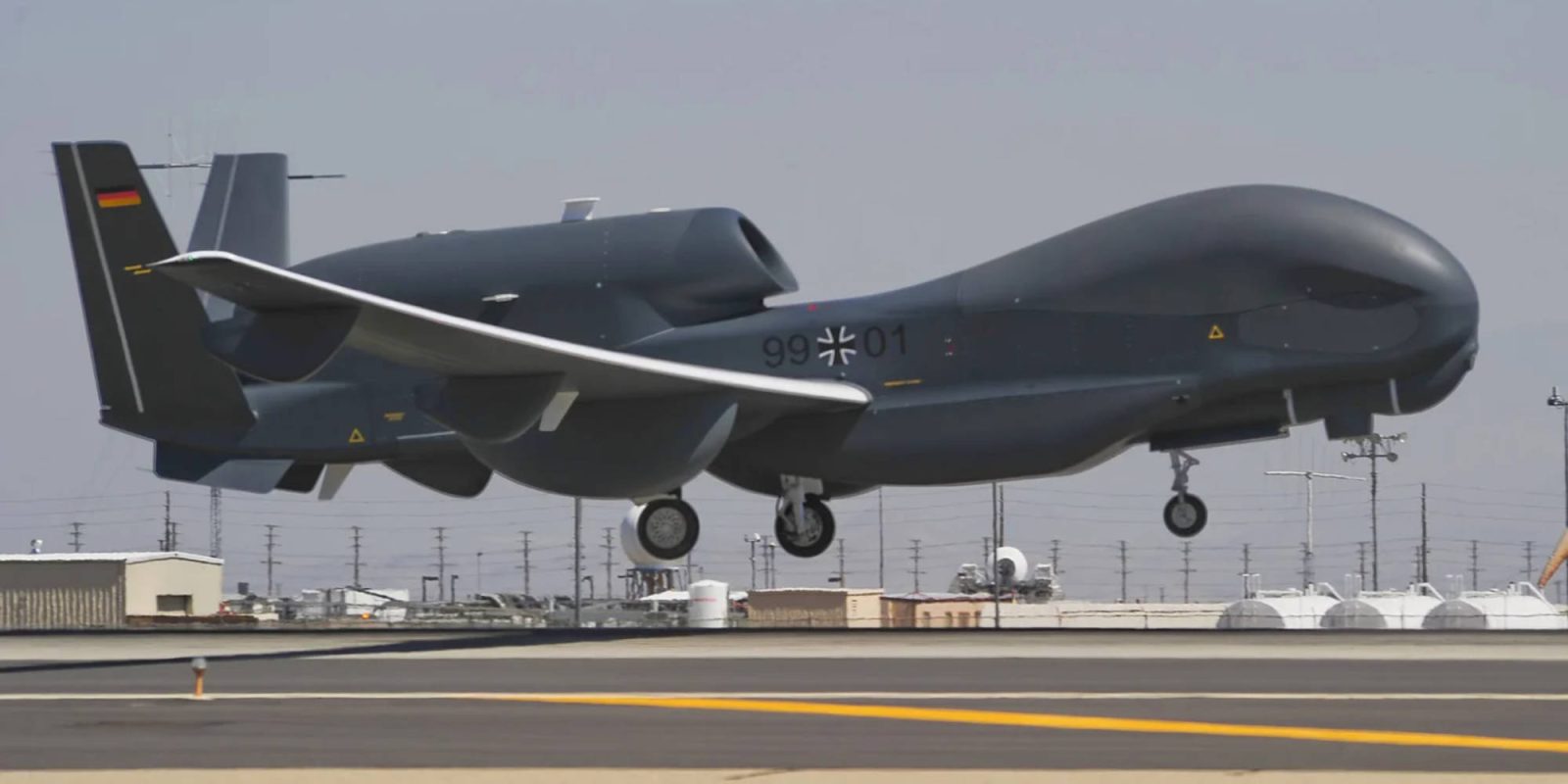 Germany’s Euro Hawk drone is set to be delivered to the Bundeswehr Military History Museum in Berlin after a rocky lifetime. While the airframe heads to the museum, the rest of the parts are being transferred to NATO for use as spare parts.

Earlier this week, the German defense website Augen geradeaus! shared the news that the drone will be sent to the Bundeswehr Military History Museum in Berlin and its ground control station.

Over its lifetime, the Euro Hawk, an altered version of the Northrop Grumman RQ-4E Global Hawk drone, saw many delays as the European aviation authorities refused to let it fly above the continent, fearing the danger it would bring to crewed aircraft in the area.

The drone was able to get permission to fly over unpopulated pockets of land, but it wasn’t known how long this would last, with the authorities’ ability to change their minds at a moment’s notice. On top of this, the drone development went way over budget and took much longer than expected.

Germany finally decided to put the program to rest in 2013 after it spent a total of $793.5 million. The German Minister of Defense Thomas de Maizière also stepped down from his role in the same year. The parts that can be salvaged will now be sent over to NATO under an agreement signed in October 2019, including spare parts, ground service equipment, test equipment, and special tools.

NATO has been using the D variant of the drone since 2009, when it announced the creation of the Alliance Ground Surveillance program. Using the drones, it worked with Northrop Grumman to develop a custom variant of the drone with the name RQ-4D – the adjustments made are currently unknown.

The Northrop Grumman RQ-4 Global Hawk is currently used by South Korea, Japan, the United States, and NASA at its Armstrong Flight Research Center. The drone has a maximum flight time of over 32 hours and can travel at speeds of 391 mph.