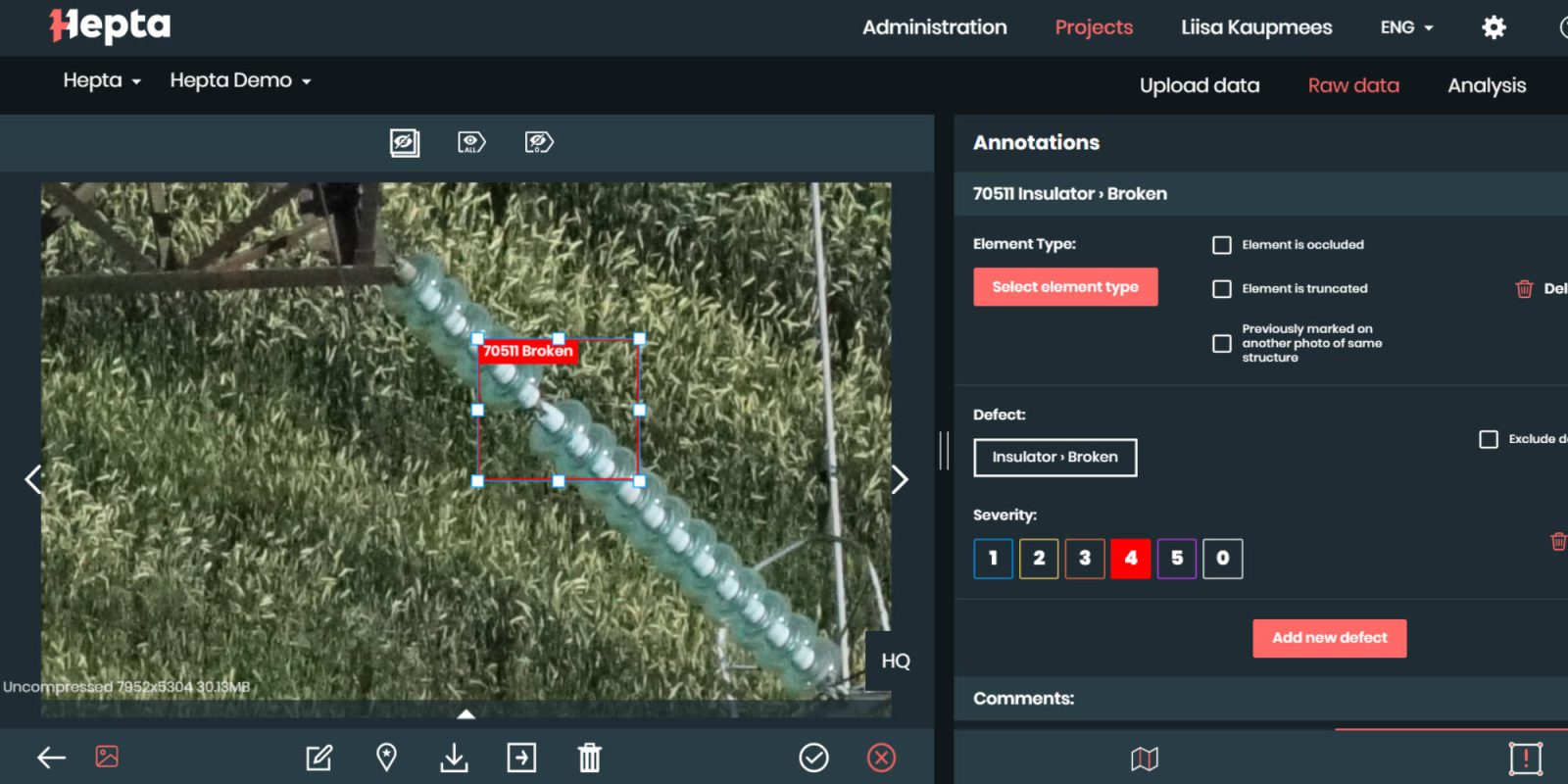 Estonian drone company Hepta Airborne has announced a freemium version of its uBrid platform to allow more people to benefit from it. The company has perfected the software for the last couple of years, working with clients to improve it.

The uBird software was originally developed as a tool for powerlines and utility inspections to detect defective assets better. Hepta saw that the software could be used by a wider audience and added the ability to work with inspection use cases across the infrastructure inspection industry.

The software allows users to upload thousands of images at once, with the built-in AI detecting objects within the frame that need to be looked at. It then analyzes each object in the frame and decides if something needs to be fixed or replaced. It does this all within a few minutes.

The data from the results can then be shared with clients or exported via the cloud, PDF, XLS, or to other enterprise software to make workflows simple.

“Industrial defect inspection is almost always connected with some level of risk, the timely mitigation of which can avoid damage and improve service quality in many fields, like utilities, real estate, and construction.”

Hepta Airborne recently worked with the Estonian Railways to digitize its railway assets and see the benefits drones could bring to the table. Hepta Airborne could send the drone up, take a look at all of the insulators along the line, and capture data of the damaged ones or those that aren’t connected properly. This then allows a team to fix only the parts that require it, rather than manually going around to every single one to check them.

Due to the country’s location, the drones were required to operate in cold temperatures, which is actually a big benefit for the thermal cameras. The higher the difference between the ambient temperature and the insulator, the easier it is to see something going wrong.

One of the problems was the small amount of daylight time. Storm inspections, LiDAR, and thermal photos can be conducted even in the nighttime, but high-resolution photos and orthomosaics require daylight. The goal – to get actionable data for setting a better focus for future inspections – was achieved.