FPV flying not thrilling enough? Why not build a cockpit ground station 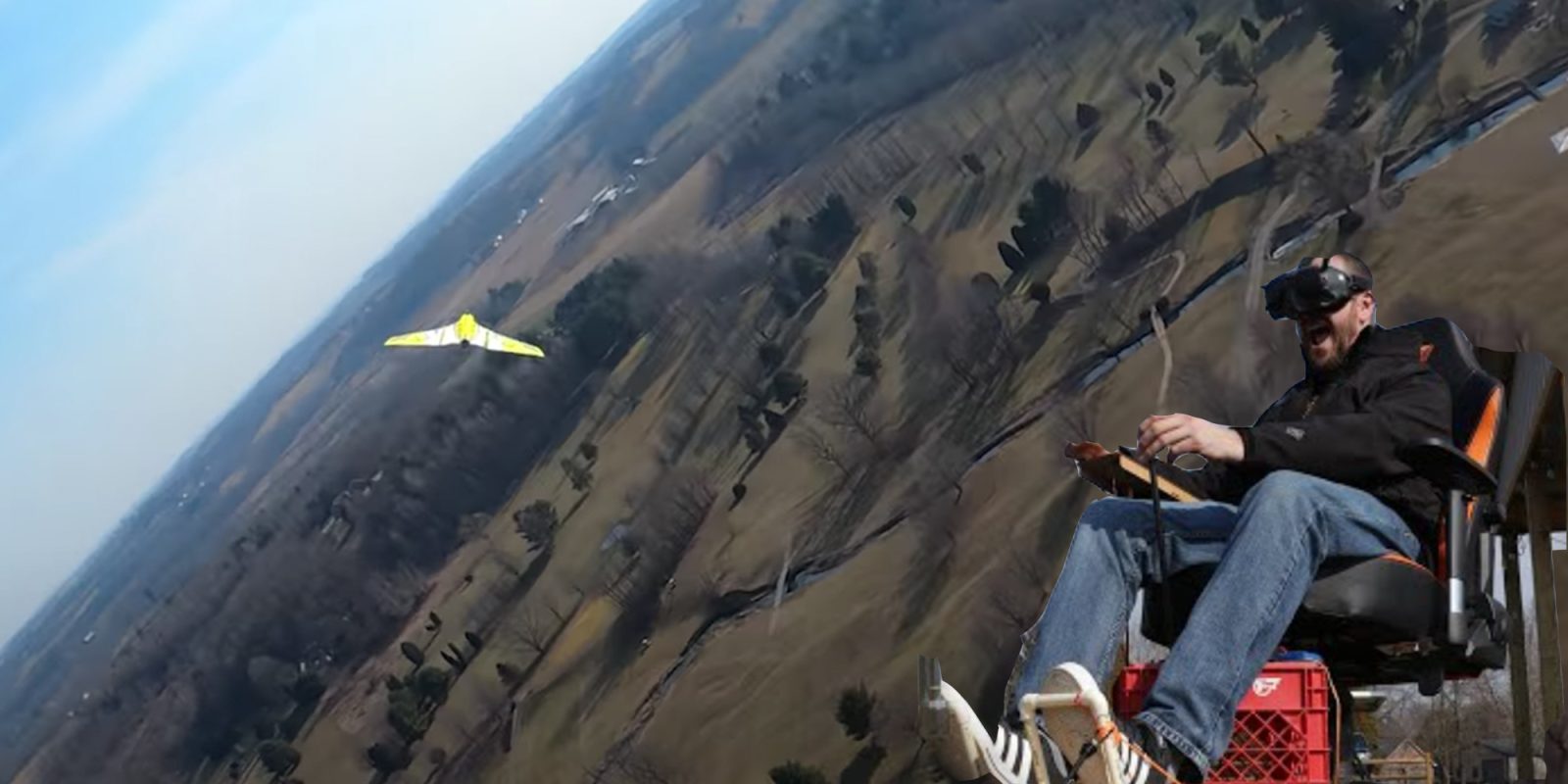 With the new DJI FPV drone causing so much excitement among the first person view flying community, here’s a homebrew project to consider: build your own cockpit ground station for even more immersive fun.

The team at FliteTest built their own replica cockpit ground station for flying RC aircraft. As builds go, this is pretty basic. PVC pipe, bungee cords and an old milk crate are the stars of this show. Still, it seems to be a thrilling experience and these guys are also pilots who fly full-sized planes.

The pilots gutted an RC transmitter for its gimbal and pots, and they detail much of the build in an earlier video. Admittedly, some this is going to be technically difficult with a DJI FPV drone. Although if you fastened the DJI motion controller to a long “throttle” stick, you might be halfway there…

If you’re not terribly interested in the build, the flying starts at around 10:48

Still, if you think the whole thing looks vaguely preposterous, they invite you to check out this photo. It’s aircraft innovator (and thoroughly odd duck) Howard Hughes flying a model of his Spruce Goose back in 1946. His ground station was much more elaborate, but even a billionaire like Hughes didn’t have access to anything like FPV googles. So strap on a pair and ignore the withering stares.

And for a more detailed (wow, really detailed) version of a cockpit ground station, check out galaxy engineer’s build from way back in 2013.