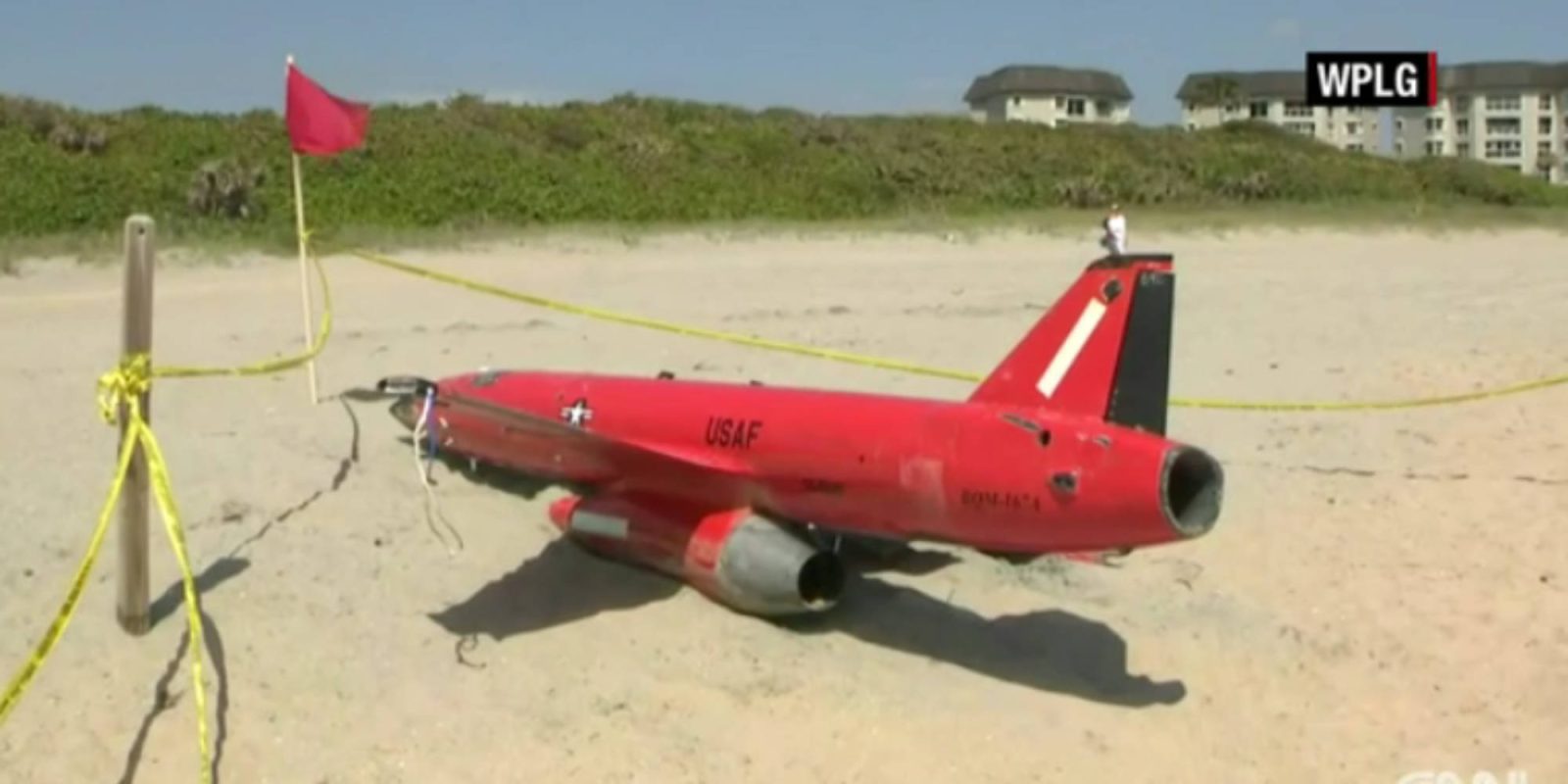 A United States Air Force target training drone surprised beachgoers last week when it washed up on a Florida beach. The aerial target drone is a part of the US Air Force’s weapons system evaluation program and was quickly picked up by the Air Force after being alerted to it.

The drone was found last Friday on a Florida beach after it is believed to have been shot down during a live-fire training exercise that took place a while ago. This means that there are likely more of these drones floating around at the bottom of the ocean waiting to wash up on a beach.

Lt. Savannah Bray, Air Force spokeswoman, shared that the drone is used during live-fire exercises to help train fighter pilots to become combat-ready. The BQM-167A drone is also used in training missions across the military.

Within a few hours of hitting the beach, the Air Force was on scene and removing the drone. It looks like they took out a black box or the drone’s brains first, as it likely held classified data on the training mission. Usually, when the drone is shot down, they are easily retrievable using a boat or with a parachute system. Likely, this drone was too far for the rescue boats to reach, so it sank to the floor.

As the drones are designed to be shot during a training mission, they are usually repaired and then reused for another session. It is unknown if this one will be reused as the saltwater would have taken a toll on it and the components.

“They are flown remotely, and they simulate a real air-to-air combat mission. Every now and then something happens, waves or weather, that our boats are unable to navigate towards (the drones). In no way, shape or form was it anything that was a weapon or ever posed a dangerous situation.”

The BQM-167 Air Force Subscale Aerial Target drone was first flown in 2008, with testing taking place the previous two years. The drone costs $570,000, and there are currently 37 active units in operation today. The drone has a 1 MicroTurbo Tri 60-5+ engine and is manufactured by Air Force contractor Composite Engineering.