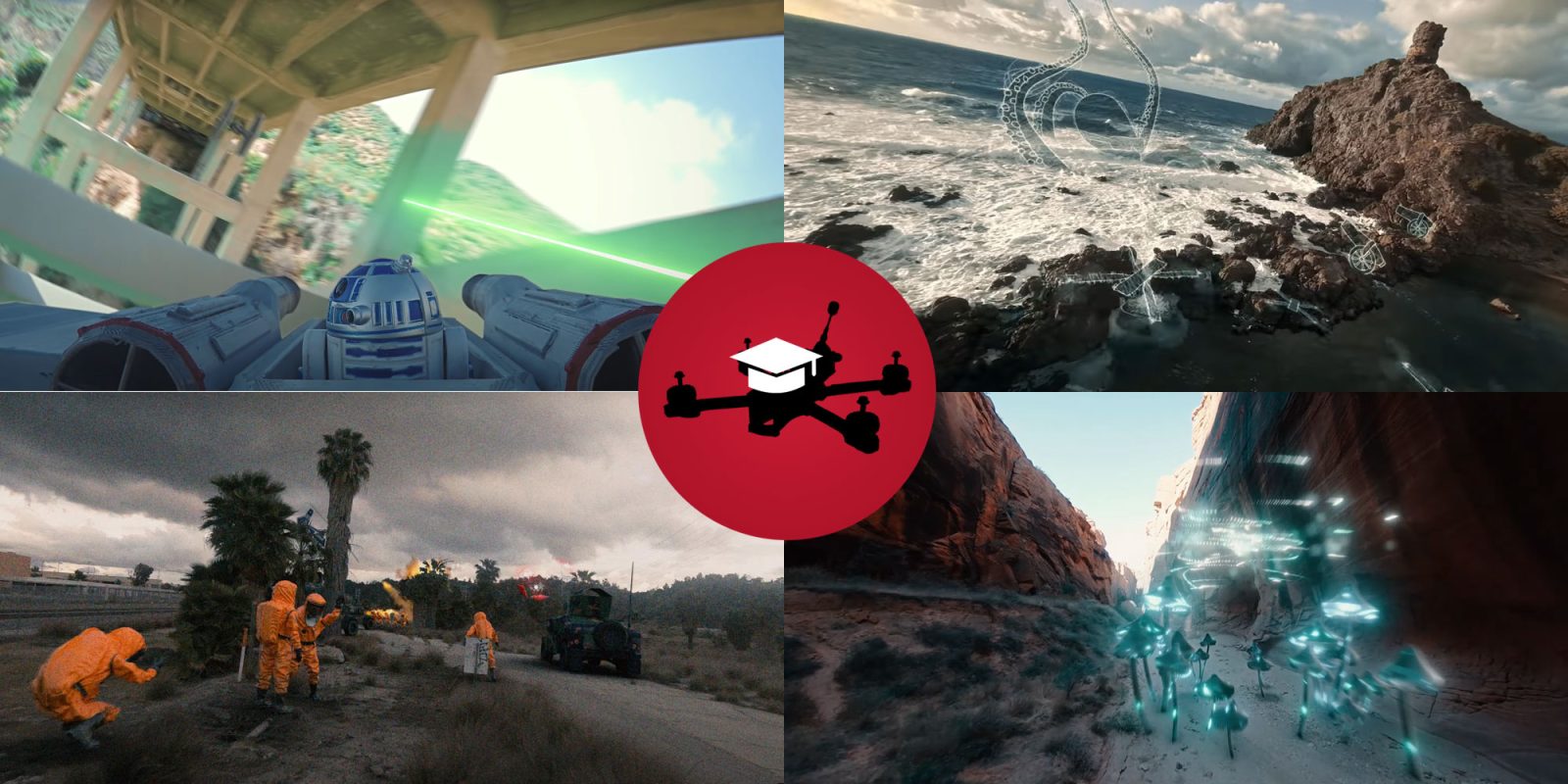 FPV meets augmented reality and visual effects. These are not your everyday FPV videos.

In this new feature we go through the different kinds of FPV styles, videos, disciplines, and “schools.” Last week we took a look at cinematic FPV, explained what makes it special, and talked a little bit about the gear. This week we’re looking at some augmented reality and VFX edits. It’s pretty obvious what makes these special.

Unlike last week, I don’t have much to say about the gear and pilot expertise. The videos tend to be slow and smooth, as this makes it easier for all the camera tracking software. Any kind of quad can be used as long as it’s carrying a high-quality recording camera. The more resolution, the better. With these kinds of videos it’s all in the post-production.

If you’re into FPV and have never watched a Stickman video, you’re in for a treat. This is the guy who “pioneered the genre,” and I strongly encourage you to go watch his other videos; there’s only a handful of them and they’re all fan-ta-stick. All the work of one massively talented individual.

But what if the work was split between two very talented individuals, each focused on their own craft?

That’s what we have in this next video. The FPV footage comes from Fincky, who is well known in the FPV community for his cinematic and commercial work. The visual effects and sound design were done by Neoliptus, an up-and-coming digital artist who makes stunning augmented reality videos using an entire suite of software tools.

But now, imagine, instead of two people, you have two teams collaborate on a video. While not necessarily a full-fledged FPV video, it’s the earliest and to this day best example of VFX artists working with FPV footage.

What sets this video apart from the rest is the use of practical effects (3D-printed and hand-painted models) alongside the composited digital ones. The VFX was done by Corridor Digital, and they have a great behind- the-scenes video of how they did everything – as for the FPV side of things, it was done by none other than the OG Rotor Riot crew, who also have a behind-the-scenes video from their perspective.

All of this makes for an epic crossover.

I’ve been a fan of Corridor long before I even heard of FPV. The content they put out is easily the most entertaining and informative on YouTube, and I highly recommend checking out the Corridor Crew channel.

We’re back in one-man-army territory for this video. It may not be the best CGI, but there’s a lot going on here and I’m sure that takes it’s toll in rendering times. To get an idea of what it takes to make something like this, Rich made another video explaining his workflow.

This has been a look at VFX FPV videos. There’s aren’t many of them, and I’ve rounded up my all-time favorites here. If you know of any similar videos, let me know in the comments – I’d love to see more stuff like this!