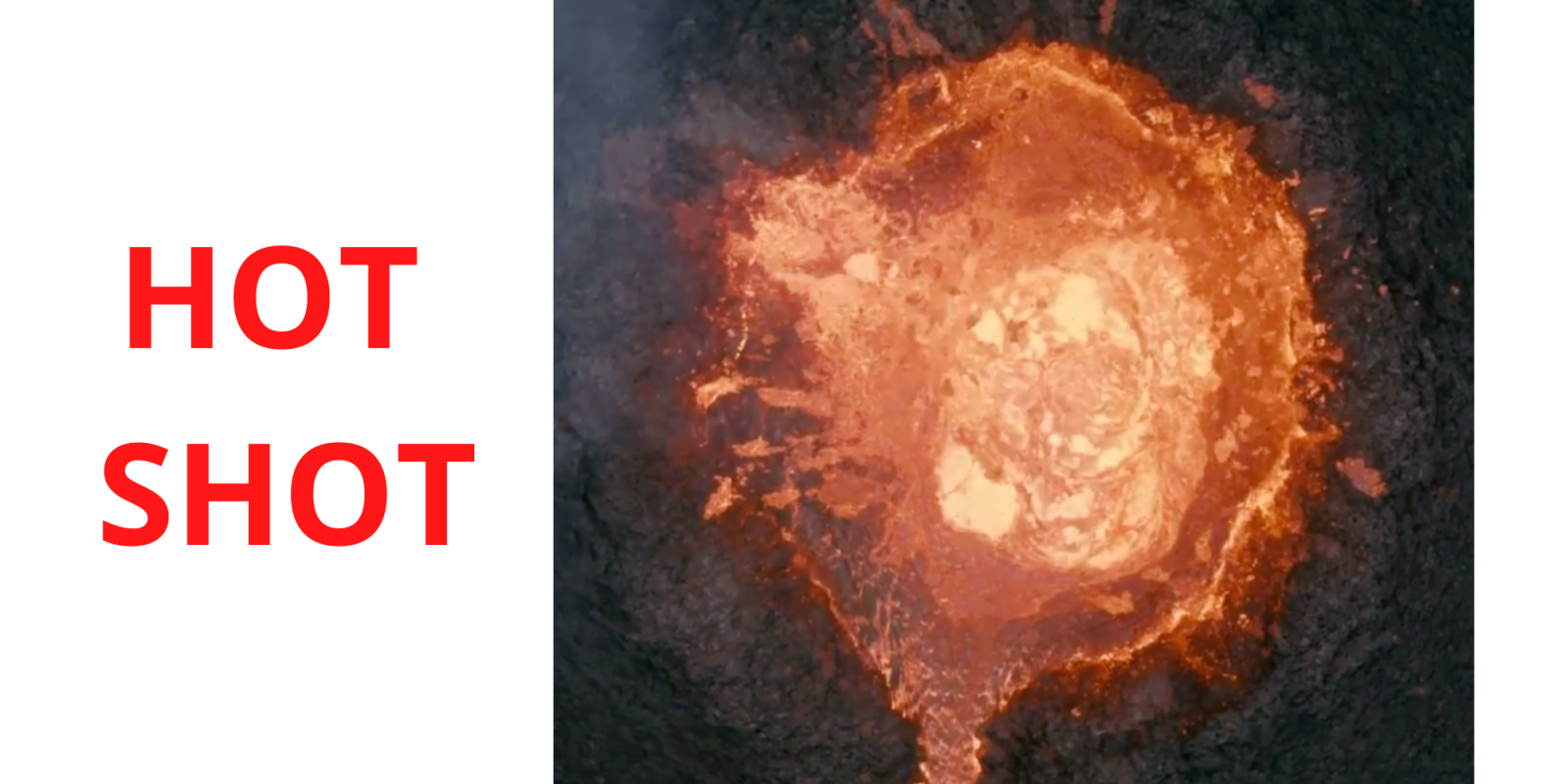 Drone pilots have been producing some pretty amazing videos of that volcanic eruption in Iceland. But we’ve yet to see one quite like this.

A flurry of small earthquakes in February prompted predictions that volcanic activity would follow. And those scientists were right. The Fagradalsfjall volcano has been putting on a spectacular show now, and a lot of people have been flying drones to capture the magic. In fact, we pulled together a series of those videos here.

But this one is different.

How hot is lava? We consulted our good friend Google to learn that lava can be as hot as 1,250° Celsius. That’s crazy hot. So you can imagine what that might do to a drone if it got too close. But what’s an intrepid pilot to do if you want that amazing top-down eruption shot. You’ve got to fly over the thing, risking both that you might get smacked by lava or pumice or that the rising waves of incredible heat will cause some damage.

We’ll get to that in a sec. But first, just look at this shot:

We went to check out the original Instagram post. It’s longer, and shows some detail of the lava flows:

The pilot is Garðar Ólafs, founder of @Airstock.is. He’s also selling prints from the eruption here.

And while the original Tweet said he’d sacrificed his drone, Garðar simply says he “melted my drone for this shot…” We note that he’s made another post since then, so we’re hoping he either has a spare or else that the drone used for this amazing video is still flying.

Scientists say this eruption might hang around for a while, meaning we’re sure to see more videos like this. And, likely, more melted drones.