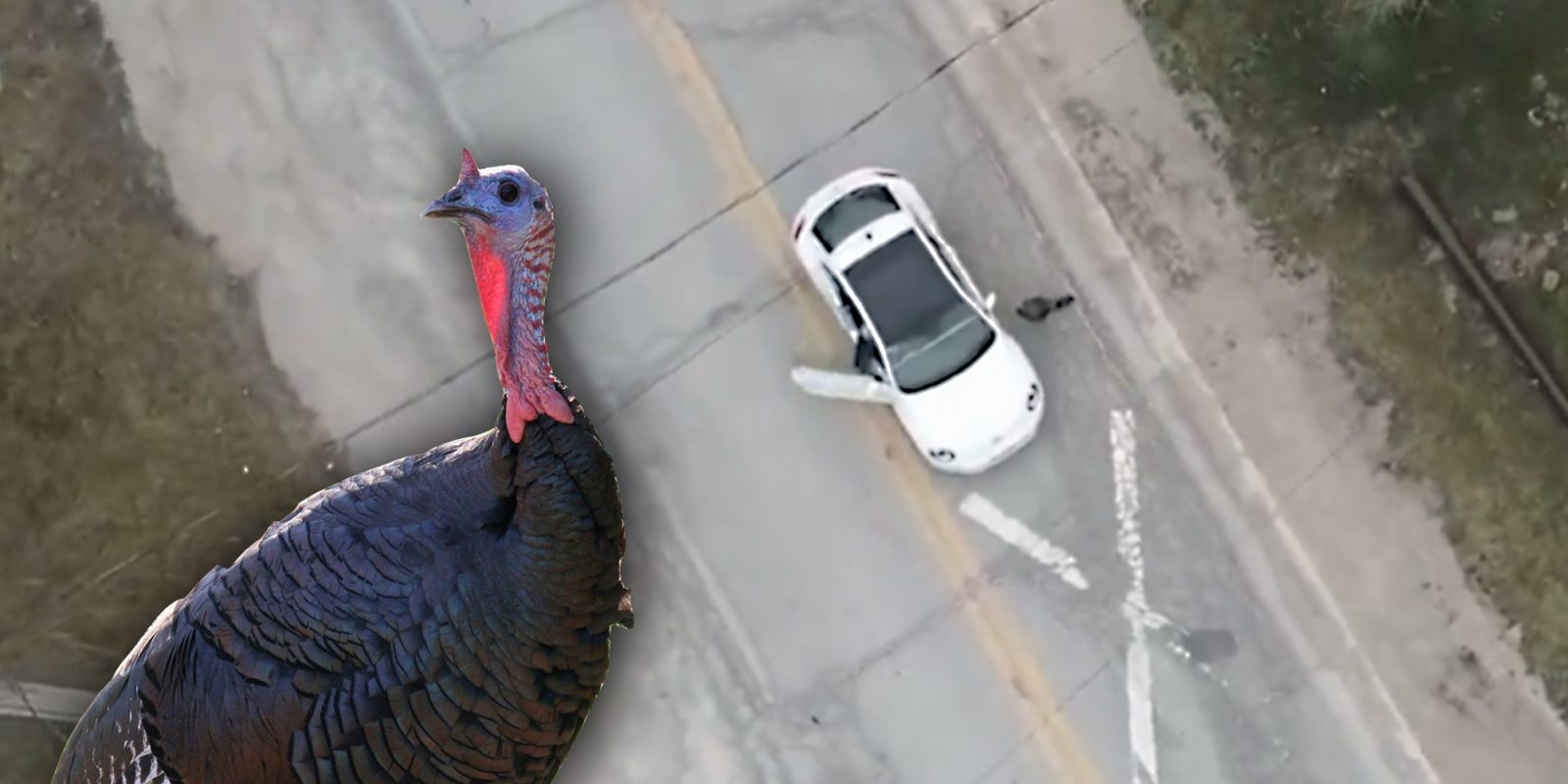 Drivers in a southwestern Ontario community face a strange obstacle on their daily commutes. An aggressive turkey chases traffic in the neighborhood of Belle River. But the reason the turkey is pestering drivers may be beyond stupid.

For some time, “Tommy” the turkey has hassled drivers in this Canadian suburb near Windsor. But last week, drone pilot Rob Meloche heard a lot of drivers honking their horns and wondered what caused the commotion.

“So I flew my drone over the road, and there’s Tommy the Turkey,” Meloche told CBC News. “I’ve seen him around town before. I’ve actually been stopped by him.”

Meloche says Tommy used to have a mate, but she’s disappeared. He says he’s heard Tommy likely sees his reflection in the cars and is approaching them in the belief it’s his mate. Or at least a potential replacement.

Stupidity aside, Meloche is worried about Tommy’s safety.

“It’s dangerous, and I’d hate to see him get hit because people have become attached to him for him being around for so long now,” he says.

Wild turkeys were once almost extinct in Ontario. But efforts to reintroduce them began in 1984, and now they’re quite common. Maybe a little too common.

Tom Bain, the mayor of Lakeshore, says the birds are a safety issue.

“They’re on the main street and just slowly saunter across and hold up the traffic one way and as they get to the other side and then they’re making the traffic stop all the way,” he told radio station CKLW. “Other complaints of actual damage that they’re doing when they’re roosting at night and tearing eaves troughs off of garages and off of homes and other buildings.”

But since they’re flightless, they’re at least no threats to drones. Unlike those starlings and eagles.