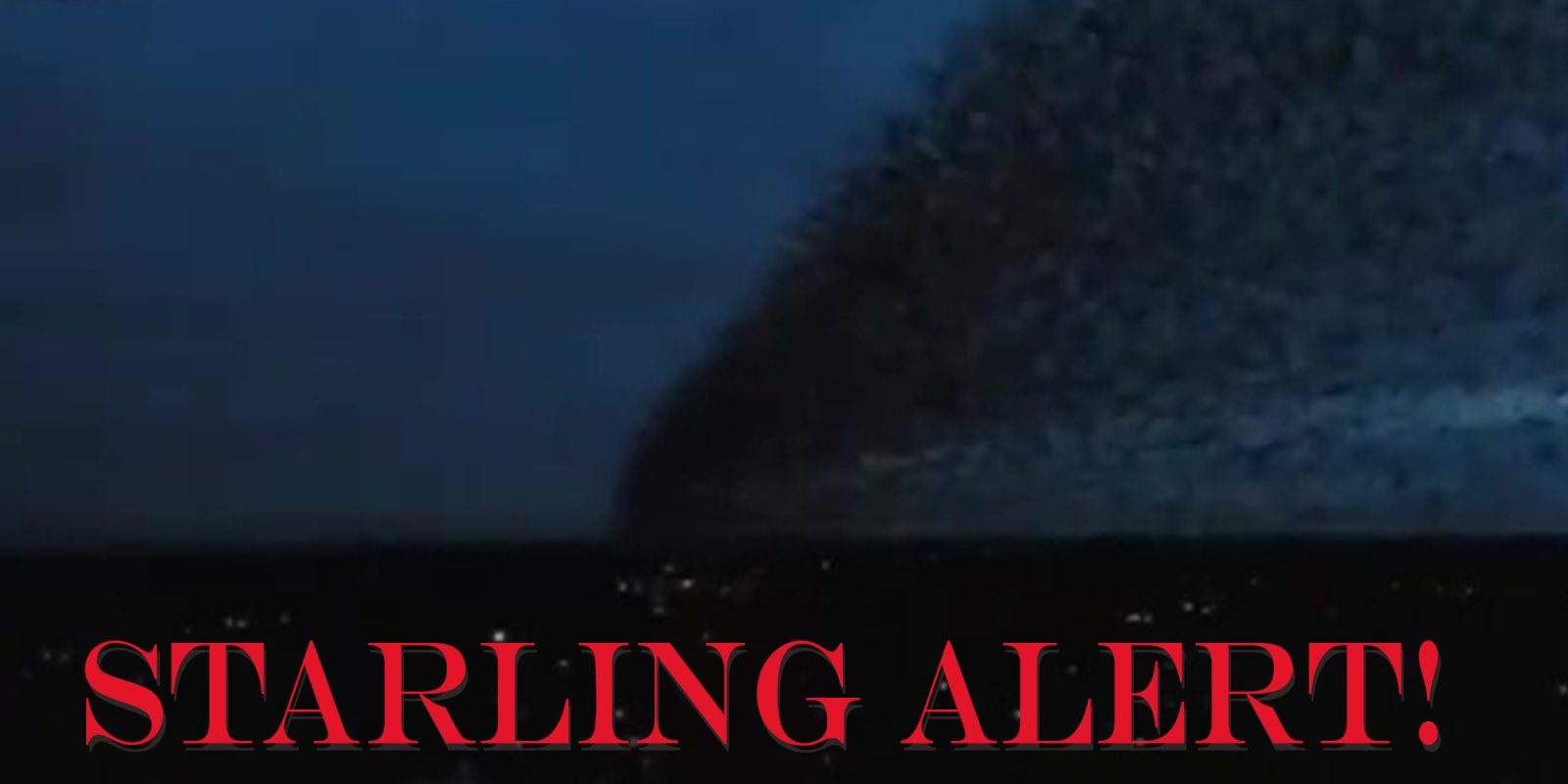 Stunning drone video taken in the east of England shows an immense starling flock from an unusual position: the same height as the birds. And there may be a good reason it’s so unusual; the murmuration nearly smashes the drone.

A pilot in Swaffham, England, got spectacular pictures of the giant flock and could have lost his drone in the process.

The drone video taken last month shows a particularly large but not uncommon murmuration. Researchers believe their main purpose is to confuse predators.

The pictures are a little dark, but at the 17-second mark , the drone is nearly overwhelmed.

I’ve brightened it a little to better show the near impact:

Drone pilot James Horne of BlueSky UAV Specialists captured the video. “It’s quite a strange one,” told the Eastern Daily Press. “It was such an opportunity. It’s not very often you seen that.”

“Unfortunately I only used a smaller drone, I’ve got a bigger one with a better camera, but it still picked it up reasonably well,” he said.

Many birds species murmurate, but starlings are most commonly observed. And usually at dusk. It’s believed the giant flock size offers birds safety in numbers. Just as with schools of fish, the sheer size of the crowd can bewilder predators.

So, what prevents bewildered starlings?

Researchers at Princeton University researchers have actually looked into this. Professor Naomi Leonard found that starlings need to coordinate with only seven of their nearest neighbors to avoid collisions and pull off a successful murmuration. Seven may not sound like a lot. But we’ve seen research with drone swarms using far fewer aircraft, and their speed and maneuverability is glacial. The birds are on to something better.

They researchers also wondered about the shape of the flock. They found that the characteristic pancake shape is just as efficient as a more spherical shape. But if the pancake becomes too thin, then the starlings need to spend more effort in coordinating.

It’s probably no surprise that a murmuration might nearly smash a drone. Drones and birds make poor neighbors. We’ve reported on birds purposely attacking drones and the use of drones to scare away pesky flocks.

Starlings are an invasive species in North America and considered something of a pest. But despite the size of these flocks, the birds have been in decline in Britain since the 1980s.