DRONEDEK is working on a drone-friendly mailbox of the future 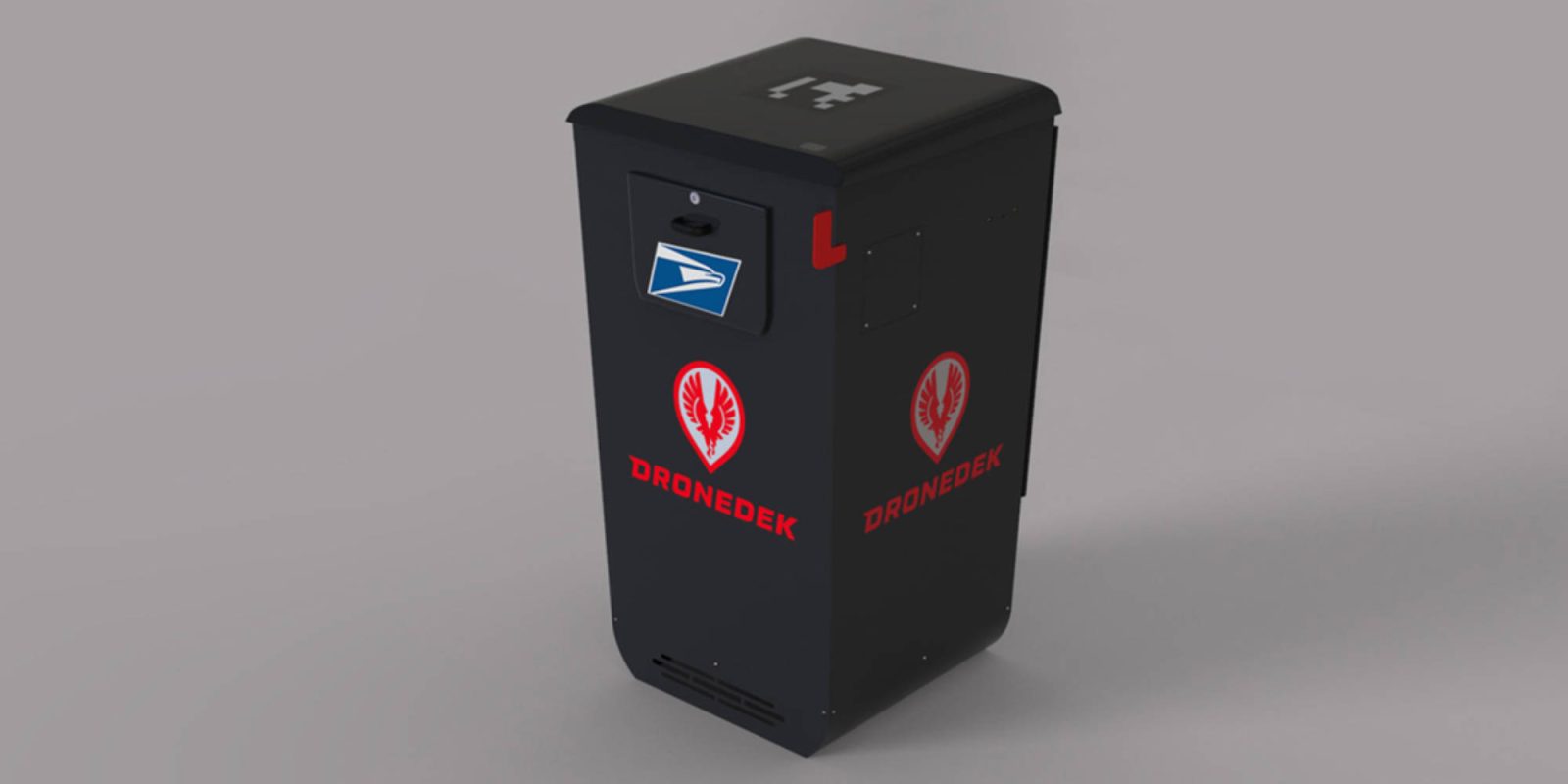 Indiana-based DRONEDEK is working on a future that will see drone-friendly mailboxes collect your packages for you. The founder Dan O’Toole thought of the idea when he envisioned many scenarios where a package would end up in the front yard, allowing anyone to get to it.

A few days after thinking up the idea, O’Toole headed down to the patent office and was issued the patent three years later in 2017. It turns out O’Toole’s timing was perfect as he managed to beat Amazon by nine days, the postal office by two weeks, and Valqari by 22 days. DRONEDEK now has two patents, with two more currently pending and another still in development.

I started thinking about the safe and secure smart mailbox part of the equation. I had a couple of ideas, and I thought this is a really amazing thing, and it’s going to be the future. I’ve been in business many years, and I know people don’t act on things as quickly as they should. It’s been my experience if one guy has an idea, 10 guys get the idea simultaneously.

To ensure the DRONEDEK mailbox can keep up with the latest technological limitations, it is equipped with tech to bring it up to the same standard as smart computers, smartphones, and even smart cars. The mailbox will also have cooled and heated package areas to allow for more temperature-sensitive goods to be delivered by drone.

The company says the drone-friendly mailbox will also remove one of the biggest limiting factors affecting drone delivery today, the range. Since the drone will land on the mailbox to deliver or pick up a package, it can stay for a few minutes extra to top up its batteries and move onto the next delivery. If the company was to work with a company like WiBotic, this could mean fully charging a battery in very little time.

The company is currently raising funding for its futuristic drone-friendly mailbox dream over on WeFunder. It has already managed to raise over $1.4 million thanks to over 2,000 backers, with the Indiana Economic Development Corporation offering it up to $1.7 million in tax credits as DRONEDEK plans to create 85 new, high-wage jobs in the state.