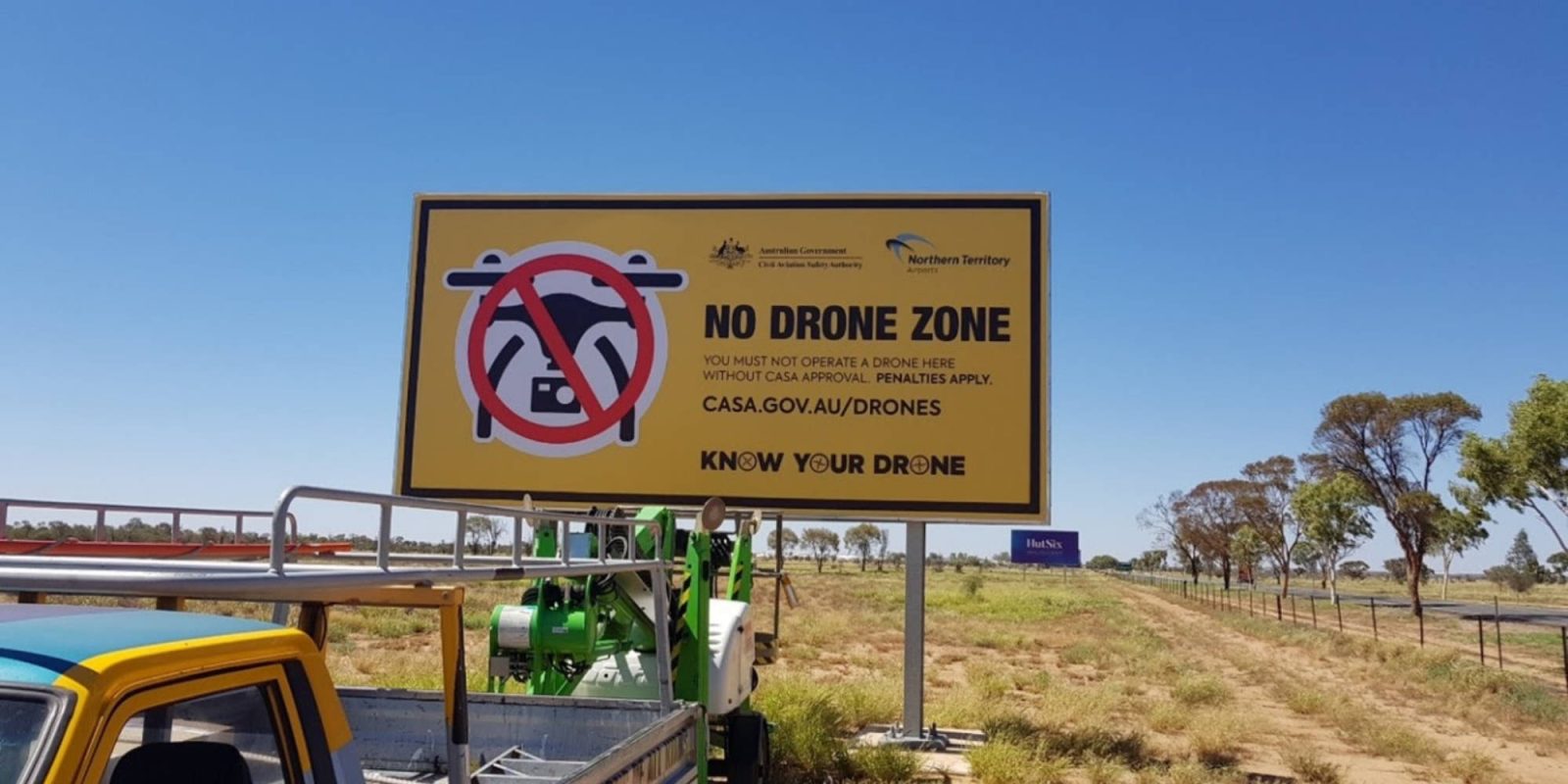 Australia’s Civil Aviation Safety Authority (CASA) has partnered with Northern Territory Airports to install drone safety signage. The signs come as no surprise as the Alice Springs airport, located in the Northern Territory, saw an increase in drone activity during the pandemic.

The signs being installed follow the bright yellow and black color scheme CASA has chosen for its drone website and other assets. The sign clearly states “NO DRONE ZONE” with a large image of a drone with a prohibited sign in front of it.

While the signs are only being deployed in a single state, the rest of Australia’s states will likely follow as drone usage and irresponsible usage rise in the country and the world.

CASA also has another drone sign that has been placed in other areas around Australia. It has the same design as the no-drone zone one, but rather than a prohibited drone image, it has the words “CAUTION: DRONE RULES APPLY.”

Drones can pose a serious safety risk to aircraft and disrupt airport operations. CASA has strict safety rules that prohibit the flying of drones within 5.5 kilometers of major airports.

Due to the global pandemic shutting down much of the world and grounding most flights, Alice Springs airport has become home to a large fleet of aircraft all parked up next to each other.

Over the months, as the planes were flown in, people began to notice and took to the skies with their drones, even though they would be flying into a no-fly zone. During this time, the staff noticed more and more drones flying around the airport, spotting around 50 so far. Dave Batic, the airport’s general manager, said:

In the last four months, we’ve been able to identify and track well over 50 drones, which is concerning for us from a safety perspective.

The airport shared all of this information online as an urgent warning to everyone who has flown or is thinking about doing so. Batic later said that the airport has the technology to track and identify drones flying in the area.

The planes are being stored at the Asia Pacific Airline Storage (APAS) facility, which is right next to the airport, as the dry climate doesn’t allow for moisture to damage any of the aircraft.