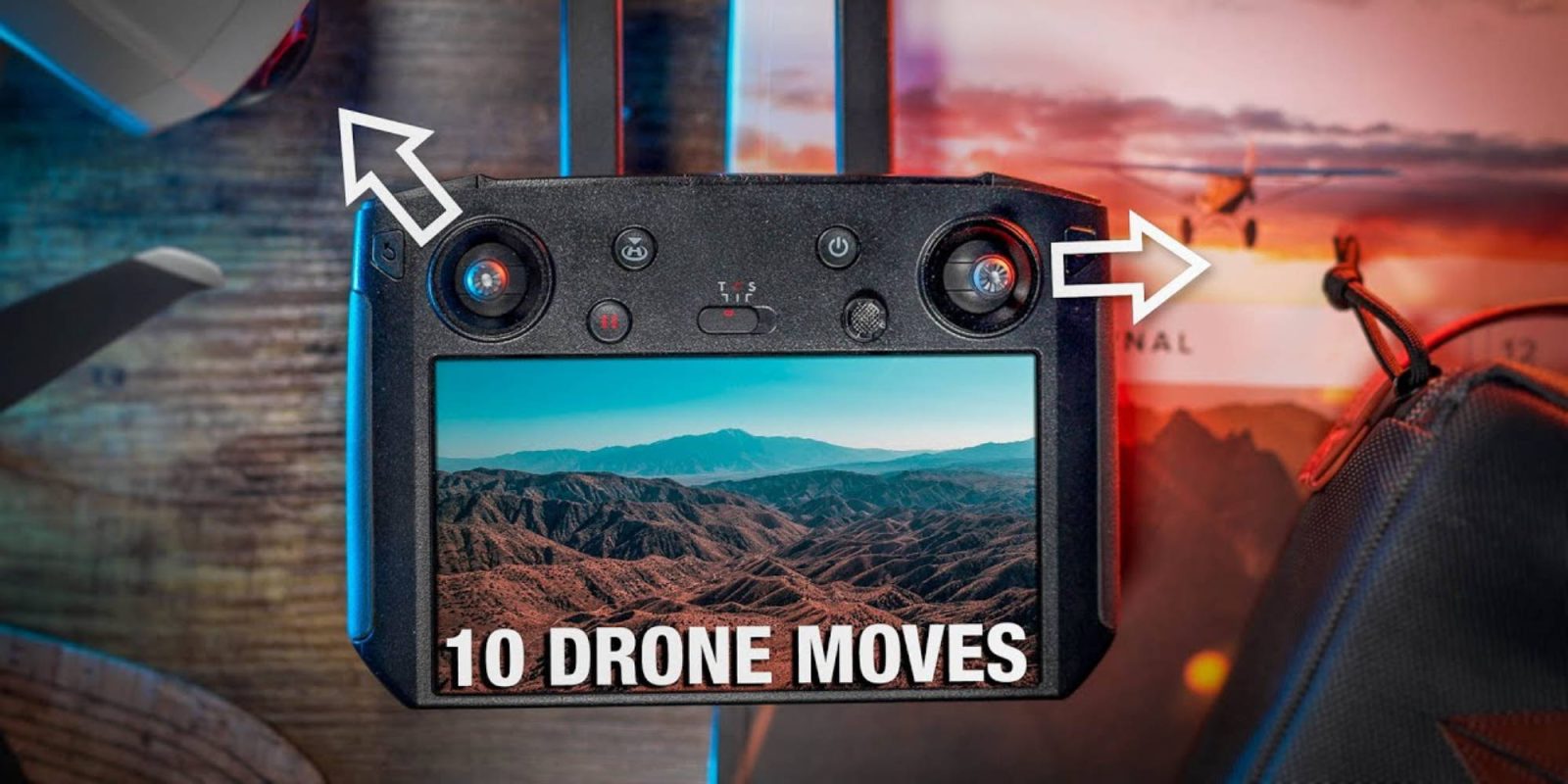 While going through YouTube, we came across this great video from Jeven Dovey covering 10 drone moves that every pilot should know about. The video looks at orbit, top-down, raise or dropdown, dolly sideways, dolly pan, push in or push out, take off, move with a gimbal move, three movements in one shot, and ActiveTrack orbit.

The first is one of the most well-known moves but is still one of the easiest and best moves to do with a drone. Orbit is a simple shot moving around an object. This is easy to do as you push both of the joysticks in the opposite direction, creating the effect.

Another shot that is always great and is easy to capture is the top-down shot. This doesn’t really need any stick control, with the camera being pointed down toward the ground or object. From there, you move the drone in any direction to get a bird’s-eye view of the ground.

This is also a great shot, thanks to its simplicity and amazing results. To do this, you have to raise the drone up or down slowly, capturing the foreground and background. This shot is great when the foreground covers up the background, allowing for an impressive revealing shot.

This shot builds on the orbit shown at the beginning of the video, with a slight pan. This creates a much wider orbiting shot that looks best when moving very slowly. To do this shot, you use the same stick movements as the orbit, but rather than focusing on an object, you let the drone continue going.

The last one applies to drones with DJI’s ActiveTrack built in or another tracking system, like that from Skydio. This move allows you to keep the object in the center of the frame all the time while pushing the sticks in different directions to get the drone to orbit around the object, creating an oval around the object.

Be sure to watch the full video from Jeven to see all of the shots.