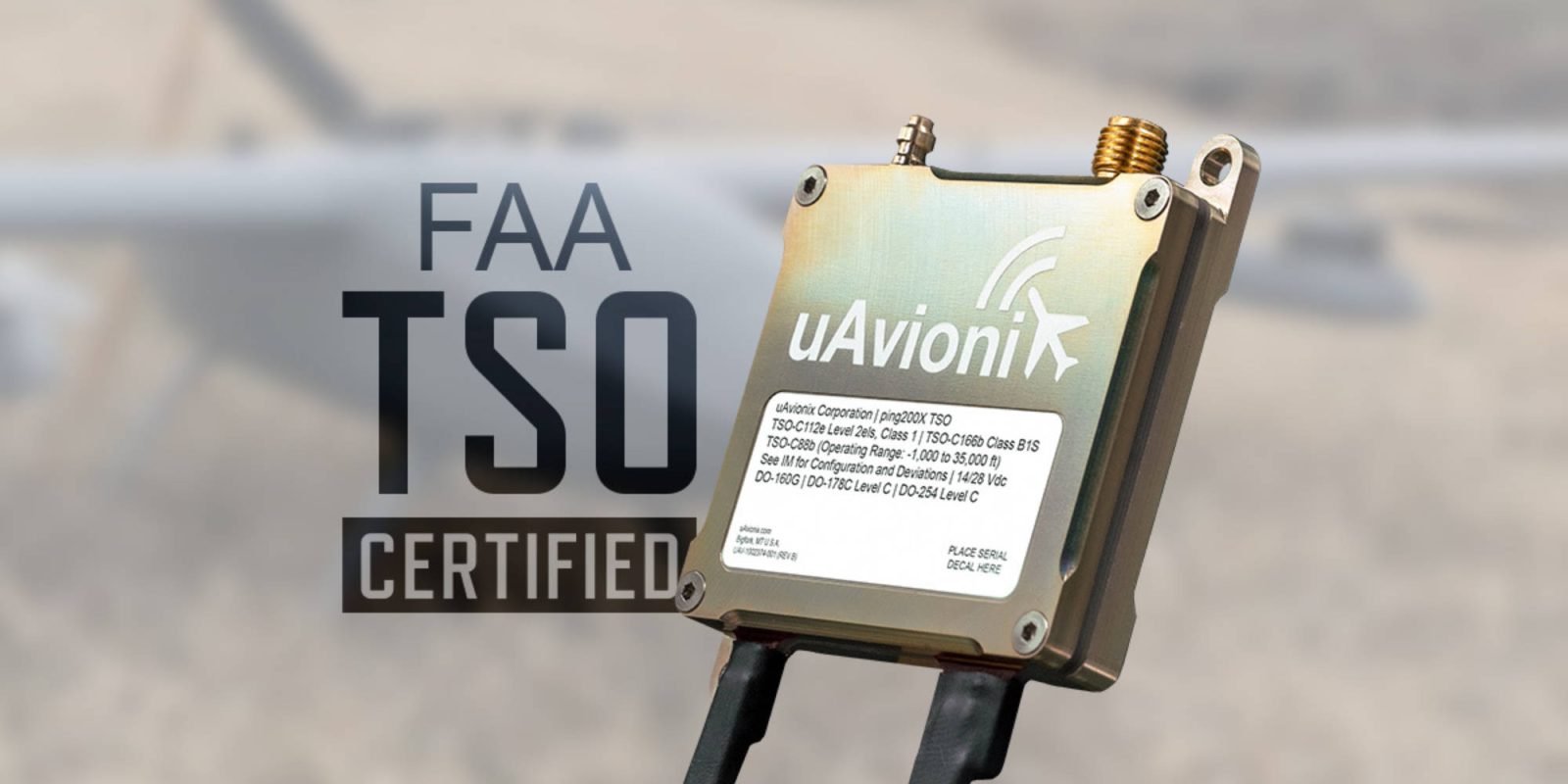 Drone solution company uAvionix has just announced its ping200X drone transponder has received FAA TSO certification, making it the first to do so. The transponder allows drones to meet the requirements of global controlled airspace.

The ping200X drone transponder only weighs 50 grams and allows most drones to use it without impacting flight performance. The transponder sends out 250 watts of power while only consuming 1.5 watts.

The ping200X can be paired with the company’s truFYX SBAS GPS, allowing the host drone to meet global controlled airspace. This way, data can be shared with air traffic control and sending location data to other aircraft in the area, allowing the drone to integrate with the rest of the airspace seamlessly.

The certification means that the ping200X is of a high enough standard set by the FAA, ensuring operations using the product are as safe as possible.

ping200X integrates and combines a Mode S Transponder, ADS-B OUT, and an altitude encoder certified to the following TSOs:

The system is compatible with most autopilots on the market, with the ability for dynamic control from ground control stations to be used as well. ping200X can also be pre-configured before a flight and carried as a payload. Replicating the functionality of a cockpit transponder controller, the uAvionix mini-controller allows you to dial in a squawk code before takeoff for even quicker integration and rapid deployment.

Certified avionics ensure the systems perform to the same high standards that have allowed aviation to remain the safest form of transportation for decades. This is even more important for systems like transponders and ADS-B which interact with other airspace users. Regulators and ANSPs demand the design assurance and quality assurance that a TSO offers to ensure the safe separation of aircraft.