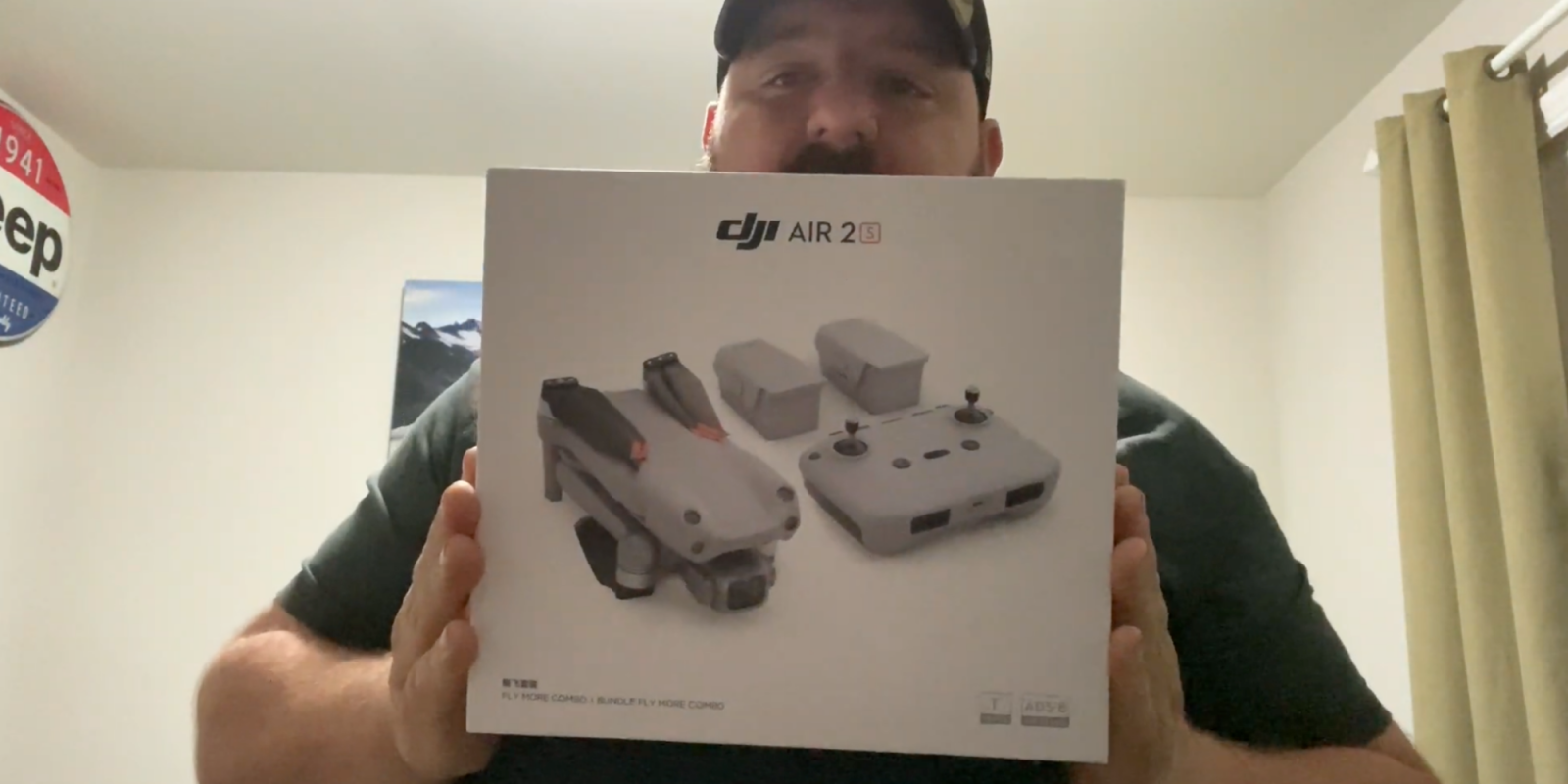 The first unboxing video of the DJI Air 2S is up. And it confirms what we’ve reported previously, and adds some nitty-gritty to the specifications. Let’s get into it.

As we reported yesterday, DJI’s Air 2S is out in the wild. It had been spotted at a North Carolina Best Buy, though the person who saw was informed it would not be available for purchase until April 15. But someone has been able to buy the drone. And, as is the practice, saw this as a great opportunity to get up a video and share the information.

For some, this will be the most significant bit of news, as there had been a lot of online speculation as to whether this drone would come equipped with a fixed or variable aperture, which is seen in the Mavic Pro 2. Sorry to disappoint, but – as many predicted – this drone will be fixed aperture. Specifically:

As we also reported yesterday, the Air 2S will shoot video at up to 5.4K resolution at 30 fps. Here are some more details from the video side of things:

That 5.4K resolution will give creators the opportunity to crop during post-production, while still maintaining a 4K output.

The guy who bought the drone and did the unboxing, brand-new YouTuber Offroad Drone, had actually already opened it up before making the video – so the video is really more of another look at the drone and, of greater interest to those who’ve seen previous images, a look at the specs.

How well does the DJI Air 2S fly?

Wish we could tell you, but – as Offroad Drone discovered – a retail Air 2S cannot be activated prior to the April 15 release date. However, most of us will be satisfied for the moment to see all of these specifications (and to have the aperture question answered).

Here are a few other DJI Air 2S specifications:

What does the DJI Air 2S cost?

This drone will be here in days. Be sure to check back with DroneDJ early Thursday. We know it’s that day, but have not received confirmation of the time. However, if recent DJI releases can guide us, we can expect this to happen at 9 a.m. Eastern.