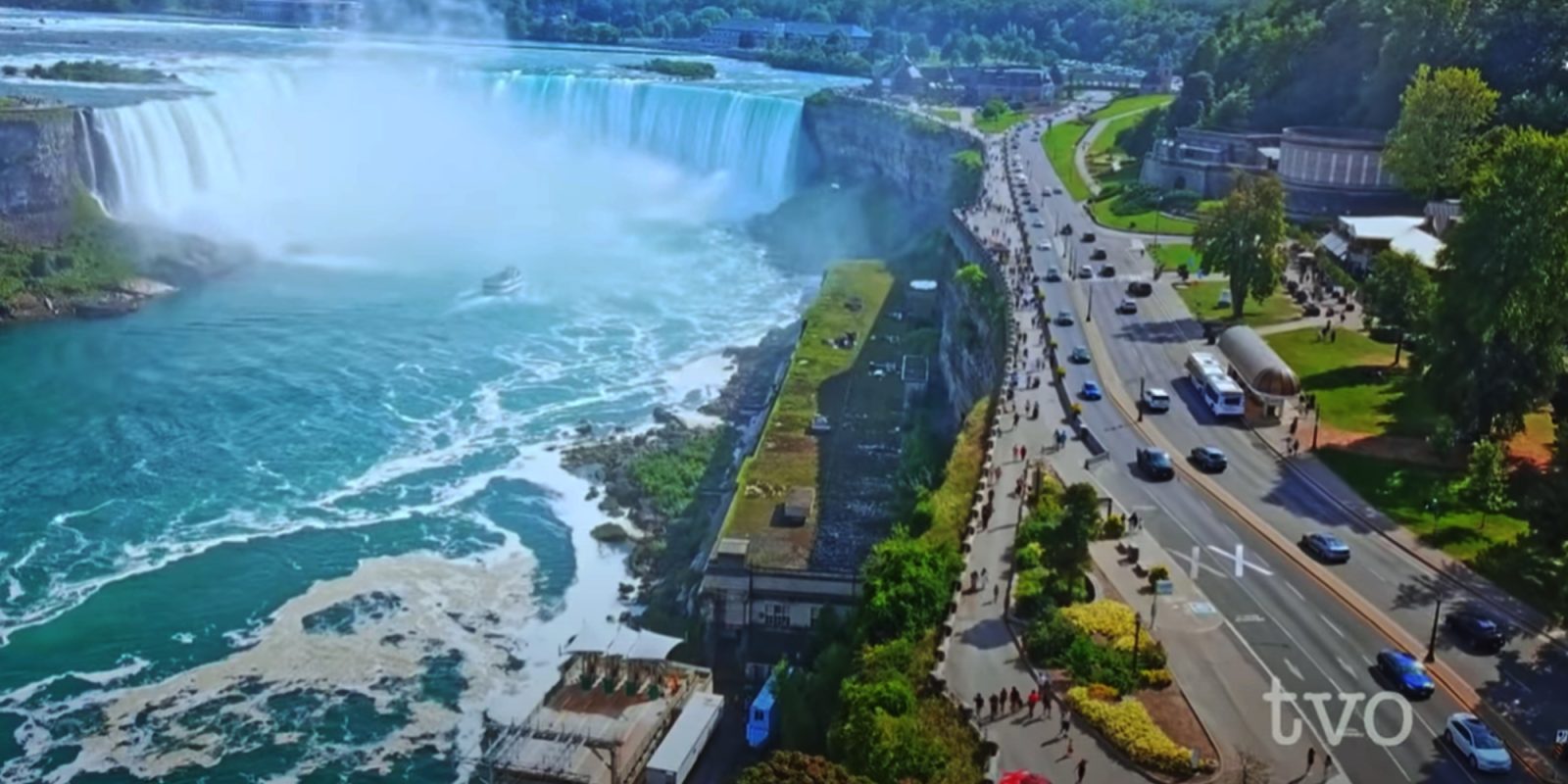 The pandemic forces us to see and think differently. Probably not as different as a red-tailed hawk soaring above the Niagara region – for three hours. But that’s what Canadian filmmakers believe they’ve achieved with an epically long drone journey of Niagara.

Tripping The Niagara used drones to simulate the three-hour flight of a hawk, through space and time.

“This was such a fun doc to produce, to be able to allow people to soar like a bird over some of the most magnificent scenery in Ontario,” says Mitch Azaria, Executive Producer at Good Earth Productions. “We watched hawks for days. And we believe we have come as close as possible to being a hawk while also going into the wonderful nooks and crannies of Niagara.”

The documentary aired on TVOntario, and the broadcaster is being a little weird about letting viewers without Canadian IP addresses watch the Youtube stream. But here’s the trailer until it changes its mind.

And there’s some behind the scenes material here.

“This mesmerizing journey is the only tour of its kind, and a unique way to visit the Niagara region, especially during the pandemic,” says Jane Jankovic, TVO’s Executive Producer of Documentaries.

Approaching from Lake Ontario, the hawk flies up the Niagara River towards Niagara Falls. The southern journey takes it over a winery, the towering Brock’s Monument, downtown Niagara Falls, and then a big finish over the Falls themselves. It’s all very dreamlike.

The falls are, of course, a magnet for drone pilots, but the documentary takes viewers farther afield. Animated sequences show the attack on Fort George and look in on what Niagara-on-the-Lake was like in the 1850s.

Three hours might sound like rather a long time to be a hawk, but reviewers are enthusiastic. The Globe and Mail’s John Doyle says it’s breathtaking.

“Best of all it’s both engaging as a nature and history lesson, and spellbinding as escapism. And the roughest the going gets is this: the sound of an engine revving in the distance or a tractor rumbling across the green fields. While Ontario currently reels in the ongoing pandemic conditions, Tripping the Niagara is the ideal, trippy, soothing experience,” he writes.

So, here it is — if you have a Canadian IP address.