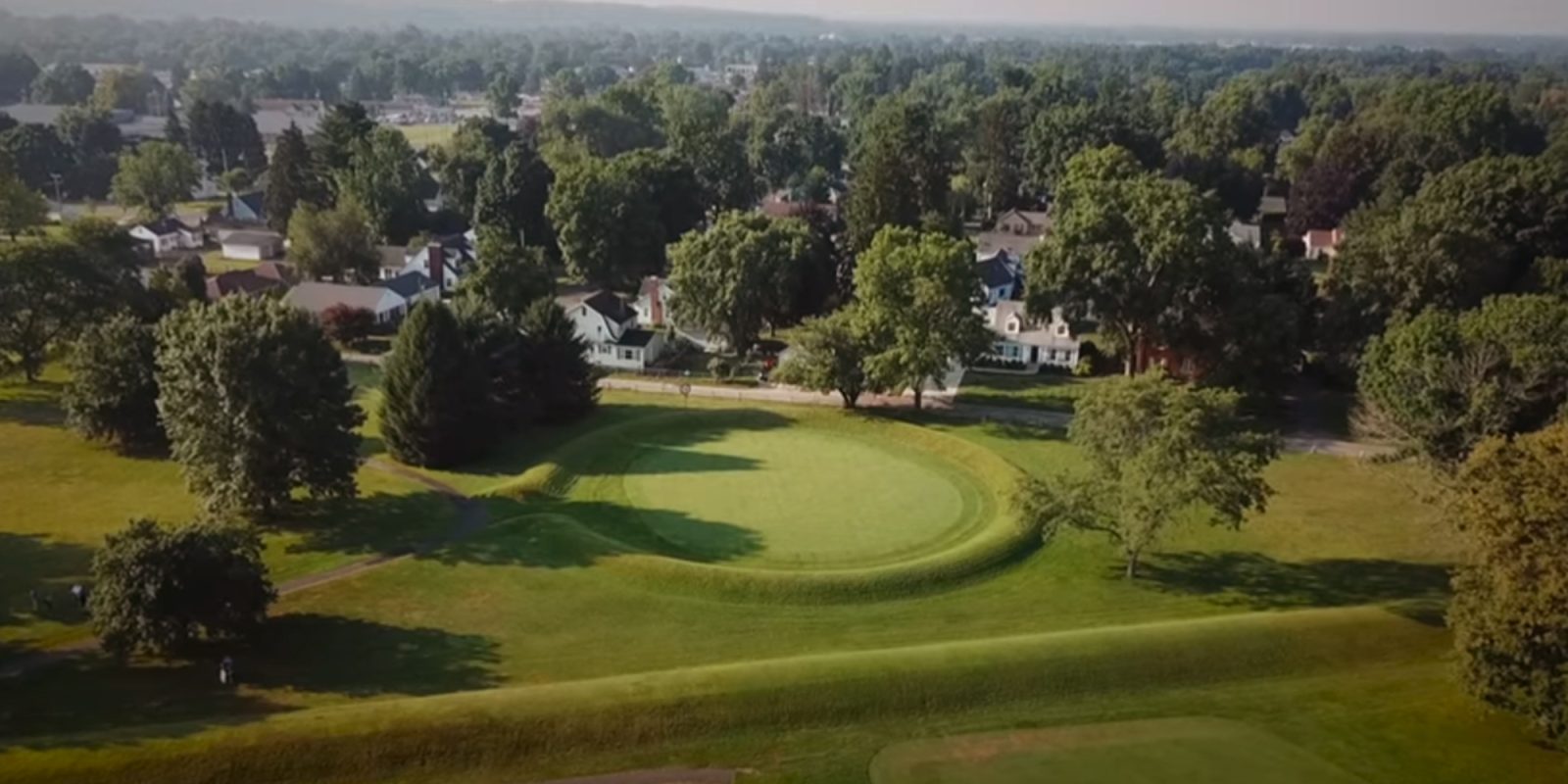 Ohio hopes to win UNESCO World Heritage status for a prehistoric observatory near Columbus. Right now, it’s a golf course. But new video shows it sure doesn’t look like a typical country club. Take a drone tour of the Hopewell Ceremonial Earthworks.

The Columbus Dispatch published this video of the earthworks, the largest set of geometric earthen enclosures in the world. It was built by Native Americans belonging to the Hopewell Culture about 2,000 years ago. According to the New York Times, the astronomical precision of the earthworks is as sophisticated as Stonehenge. It tracks the complicated cycle of risings and settings of the moon, which you can appreciate from the “observatory mound”.

But mind the divots.

The Mound Builders Country Club golf course has occupied the site for a century.

Most spectacular is the circle mound that surrounds the third hole.

“It’s a blind shot,” Randol Mitchell, the club’s head golf professional, told the Times. “You have to watch out for those mounds.”

A drone tour of the Hopewell Ceremonial Earthworks

The state of Ohio wants the golf course to clear out. But the club wants money to move. The state offered $1.7 million. The club wants $12 million. It goes to the state Supreme Court next week.

Drones are so useful at revealing ancient sites practically invisible from the ground level. And the bird’s eye view may be how the designers intended these earthworks to be seen. Ray Hively, a professor of astronomy and physics at Earlham College in Richmond, says the mounds may have been an attempt to connect with the powers that control the larger universe.

At present, the club allows visitors four times a year. But that’s not nearly enough for some. Glenna Wallace is an Eastern Shawnee chief who considers the mound builders her ancestors. She told the Times that World Heritage status and full public access would play a crucial role in reframing the way visitors think about Native Americans.