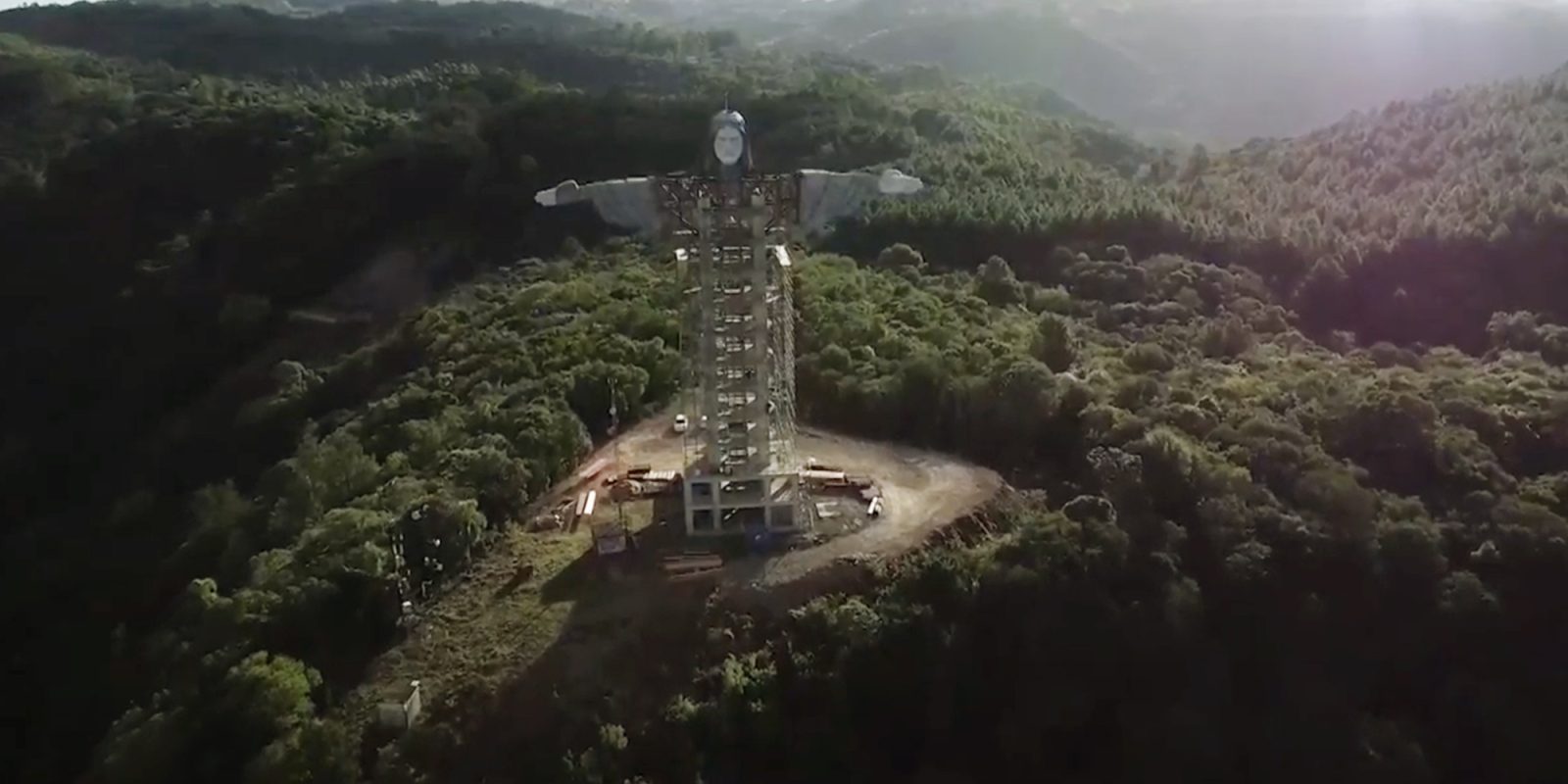 A statue of Jesus under construction in southern Brazil will be even taller than its more famous counterpart in Rio de Janeiro. Take a drone tour of Christ the Protector in Encantado, Rio Grande do Sul.

Made of steel and concrete, it will stand 43 metres or141 feet tall — 16 feet taller than Christ the Redeemer in Rio. (For comparison, the Statue of Liberty towers at 46 metres or 151 feet). Christ’s arms extend for 36 metres. Few outsiders likely know the small community of Encantado, home to just 23,000 people. But the mayor is anxious for more tourists and a giant Jesus statue might be just the draw.

Local businessmen believe so, and helped fund the construction. The mayor promises no public money will be spent. The Daily Mail reports the overall budget is two million reals ($350,000 US).

Drone tour of Christ the Protector

The statue already provoked a little rivalry with Rio de Janeiro. Rio’s mayor Eduardo Paes, tweets: “Building an even higher statue is a piece of cake! I want to see that view!” Although he does plan to attend the inauguration of the statue later this year.

“No argument. Rio de Janeiro is still beautiful and everybody in the world already knows it. Now let them come to discover Christ the Protector of Encantado, our culture and our gastronomy,” Jonas Calvi says on Instagram.

Still, even when completed, it won’t be the biggest Christ statue in the world. There is some controversy over whether to count the pedestal in the height, but the biggest seems to be this severe-looking colossus in Indonesia. It’s two metres taller than Encantado’s.

If you wonder what the biggest STATUE in the world is, there’s no question. The Statue of Unity, a tribute to Indian statesman Vallabhbhai Patel is the uncontested champ. It dominates the Gujarat countryside at 182 metres or 597 ft.

Flying drones near giant statues can set off the authorities. But does give a better sense of the immensity of these creations that viewing from the ground just can’t match.