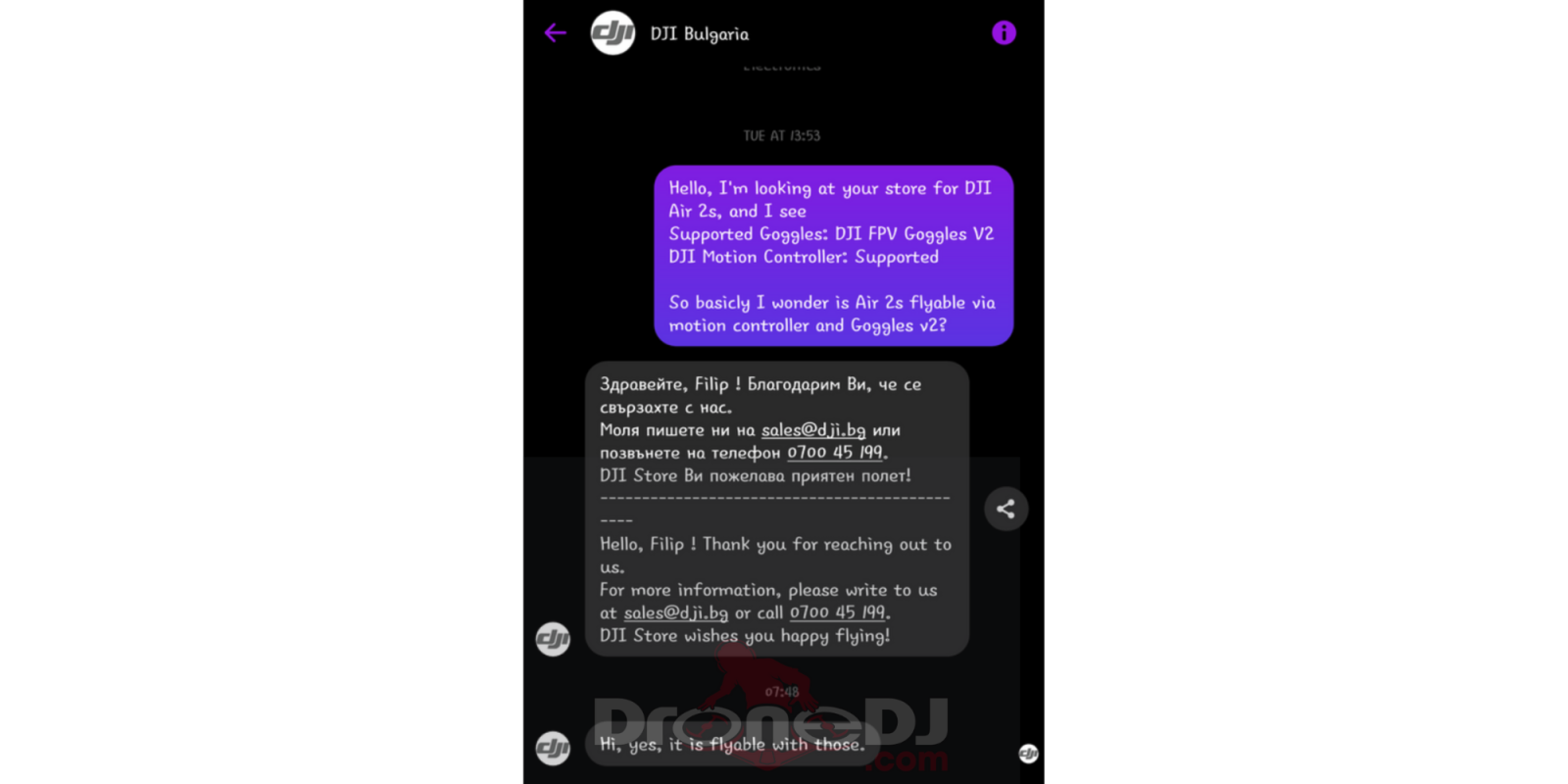 A DJI customer says he’s received word that the Air 2S will work with the company’s goggles and motion controller. This conflicts with the official word from DJI.

The tag line for the new Air 2S (you’ll find our extensive review here), is “All in One.” That’s a reference to both its 1-inch CMOS sensor, as well as the broad feature set that’s packed into this machine. And, let’s be clear, there are a ton of desirable features built into this done. But the two features that a lot of people have been hoping for aren’t there at the moment:

We heard from trusted sources prior to the product launch that the Air 2S would, indeed, be able to work with these devices. And a lot of people, some of whom already own DJI goggles and motion controller (including some with surplus cash who just bought the DJI FPV drone), would dearly love to be able to pair those devices with the new Air 2S.

So we’d been anticipating this possibility and, quite honestly, expecting it. But then DJI quietly put up an FAQ that said the feature would not be available. We wrote about that here, and here it is in a nutshell:

And then this happened…

We were contacted overnight with a tip: A customer from Croatia contacted DJI to ask them. And this was the response received from company support:

Well, that clears things up.

Or does it? With DJI’s official position being that they’re not supported, we have to go with the “official” word for now. However, even the official FAQ post gives us hope this is coming.

If you look again at the first screenshot in this story, pay attention to the last sentence: “For further information, please pay attention to future firmware updates.” Why would DJI add that if there were no plans for goggles and controller compatibility? It wouldn’t.

And so, we conclude, this capability will indeed be added to the Air 2S. It’s simply a question of when. We theorize DJI might hold back on this until after the launch of the Mavic 3 Pro (or, as it’s more likely to be called, the Pro 3).

Update: The source tells us he went into a DJI retailer in Zagreb, and was told the Air 2S will not be compatible. Stay tuned.