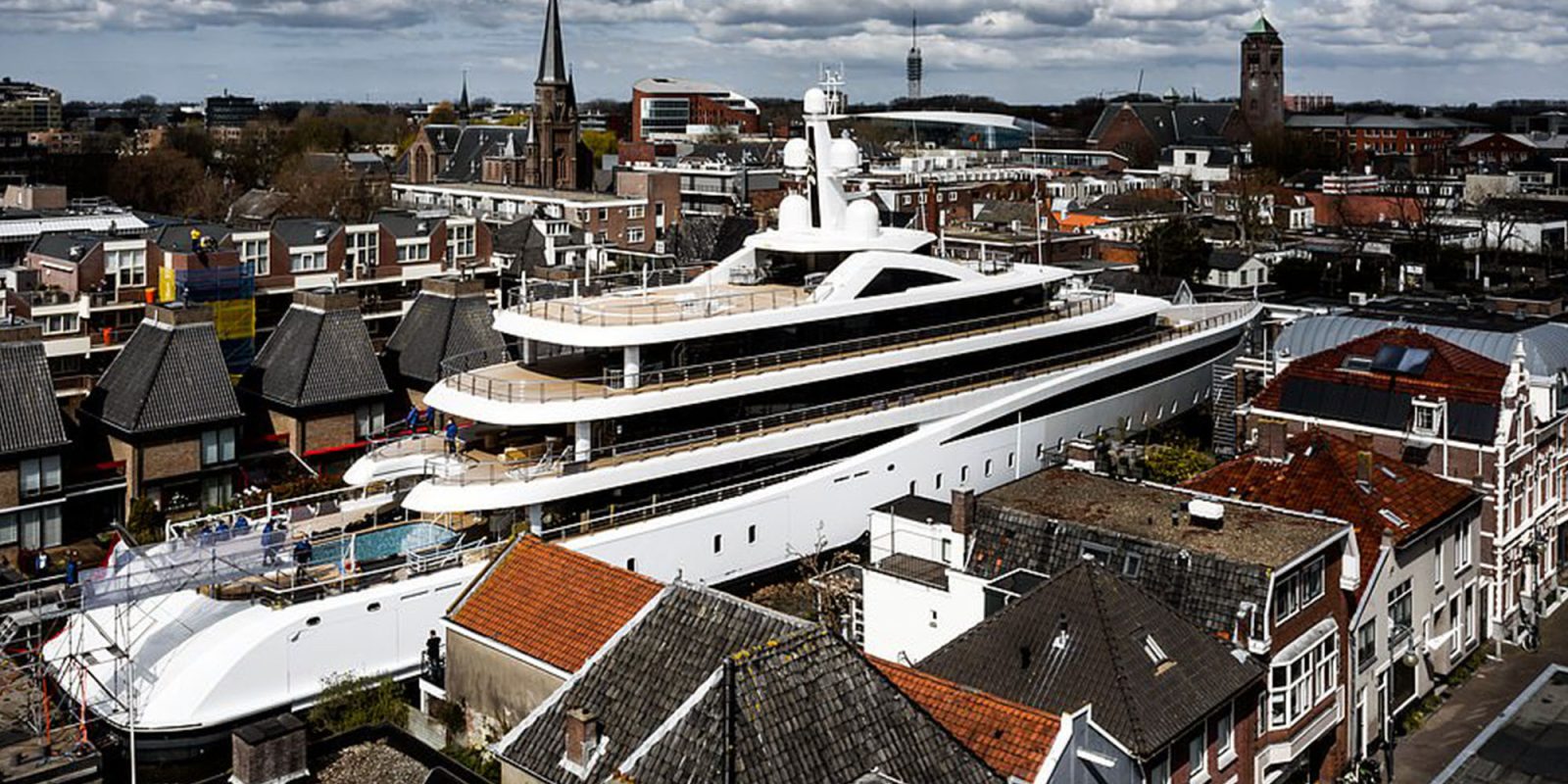 This will likely remind you of the unfortunate blockage in the Suez canal last month. But while there was never any serious danger or threat to trade, a drone shows how a super yacht nearly overwhelms a Dutch canal.

It’s just a few feet short of the length of a football field. The super yacht “Viva” travelled very slowly through the tiny canals that wend through Holland to the North Sea. Drone videographer Tom van Oossanen chased the ship for three days from its shipyard on Kaag Island through Gouda and Rotterdam

The 310-foot long super yacht looks immense travelling through the quaint Dutch villages. And it is. But for perspective, Queen Elizabeth’s Royal Yacht Britannia was one hundred feet longer. And the Ever Given that blocked the Suez canal in March did so with a length of 1,312 feet of nautical steel. Still, the Viva is a whole lot of ship and it took two tugboats to delicately guide her. At some points, the canal was only two feet wider than the 44-foot wide ship. Even then, two pontoons attached to the ship lifted her out of the water slightly to accommodate the shallow canals.

“This boat has been fully designed to actually fit the waterway,” says Van Oossanen.

“Seeing these big yachts on transport to open sea is always very impressive and attracts loads of crowds, Van Oossanen told the Daily Mail. “A lot of people are actually kind of used to seeing the big boats pass their houses a few times a year.‘”

Yacht owners can be testy about their property and we reported on one who took it out on a drone. There’s no word on who owns the Viva, or how many bedrooms and washrooms she hosts. However, Van Oossanen’s images show that the yacht floats three outdoor pools and plenty of sundecks.

‘When I knew that the Netherlands was the top superyacht builder in the world I tried to find out when boats were launched or transported to take photos,” says Van Oossanen. “After 10 years of doing this as a hobby, I got offered a job at Superyacht Times, where I worked for three years and got to know the industry. Now, I am lucky enough to travel the world and work for all the world’s super yacht shipyards.’

He photographs on behalf of the yacht builder, Feadship. But he took these photos on his own time “because I love doing what I do”