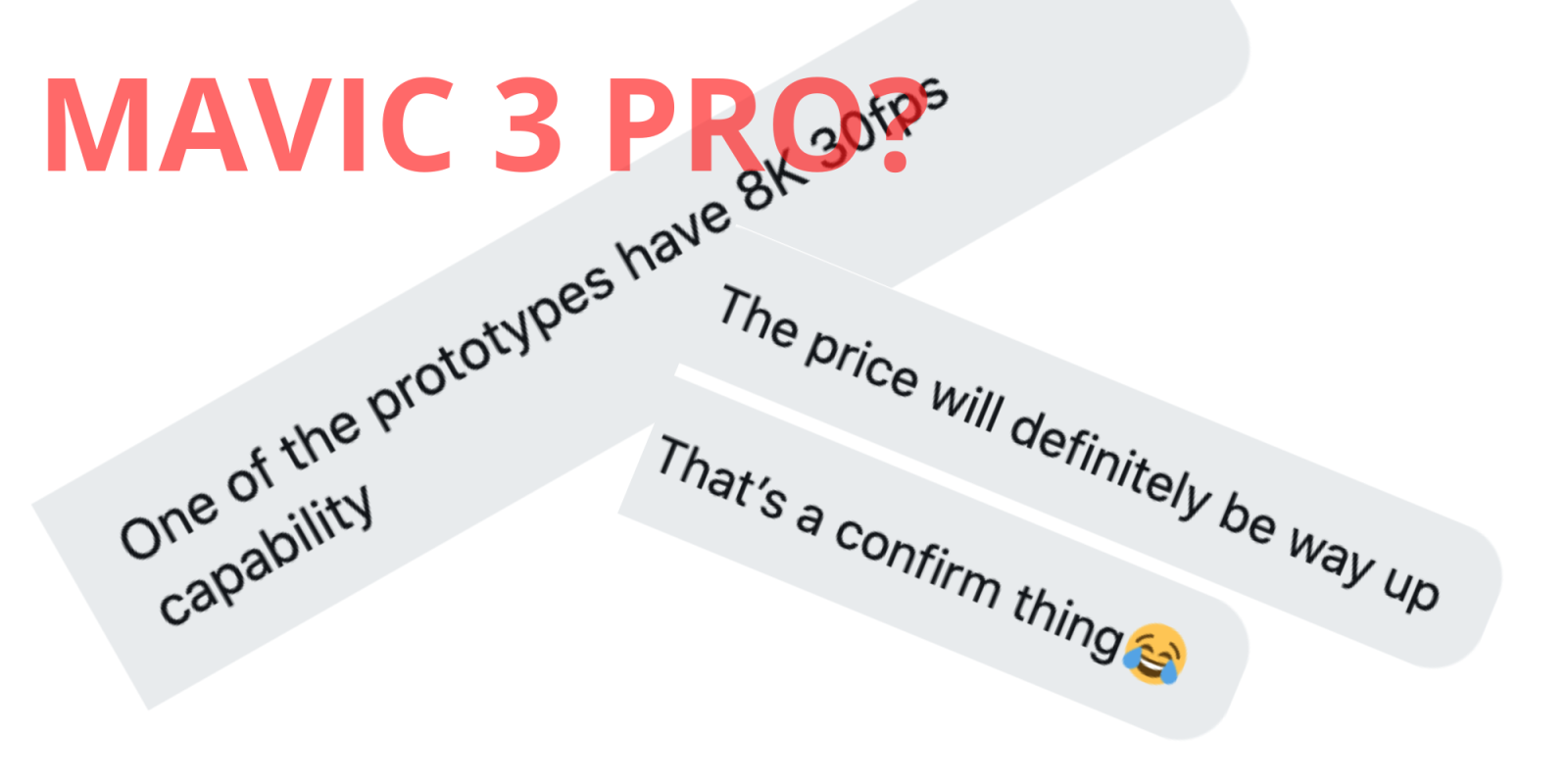 We’re anticipating that the newest member of the Pro line will be released later this year, and probably August or September. And now, a trusted source has given us a few details about one of the prototypes.

It’s going to be another busy year for DJI – not that the company really ever has a slow year. We actually tallied up all the products the company released in 2020, and it was phenomenal (you can check that story out here). And now it’s 2021. Already, we’ve seen two major drone releases within a six-week period. First it was DJI’s FPV Drone, followed by the amazing Air 2S.

But there’s more to come.

This drone is definitely in the slot for release this year. And why wouldn’t it be? People have been waiting some time for the next iteration of the Mavic Pro line. We’d already heard this drone was in the pipeline for late summer or fall, both of which will be here before you know it.

But what do we know about it? Based on a source, we’re hearing it will be capable of capturing 8K video, which makes total sense.

Long before DJI settles on a final model, it likes to hedge its bets with a couple of prototypes. It then puts those machines through their paces with a number of internal testers who have a very specific list of features to examine and rank for functionality (along with any issues they discover during this testing phase). Much like car companies use secretive test tracks, DJI has its own test field for flying – which helps to keep prying eyes away.

We haven’t seen the machine yet. But our source has an inside track and tells us this:

Given that Autel’s Evo II Pro shoots 6K already, we’d expect nothing less. There’s no way the Mavic 3 Pro would be released with just 4K, especially when the Air 2S is capable of 5.8. So having an 8K, 30 fps video capture capability seems on-target and on-brand.

With the exception of the Enterprise series, the Mavic Pros have always been at the top of the line when it comes to price. That’s not going to change with the Mavic 3 Pro:

And so we wait

There’s been growing anticipation around the Mavic 3 Pro, and we’ve previously raised the dilemma that some pilots (myself included) are facing: Buy something like the Air 2S now… or wait to see what the Mavic 3 Pro has to offer?

That’s your call, obviously. The Air 2S is really a pretty amazing drone. And we had a chance the other night to take a quick shot during civil twilight. Pal Eitan Rotbart, who’s a Lightroom genius, made the most from our RAW file:

My advice? If you’re a professional who earns their living with truly top-flight photos and video content, you’ll want to wait for the Mavic 3 Pro (or, as we suspect it will be called, the Pro 3). But if you can get by with great quality, the Air 2S really delivers in a nice, compact package.

Oh. If you’re waiting for a replacement for the Inspire 2, keep waiting. Our sources says there are no prototypes out flying. Yet.