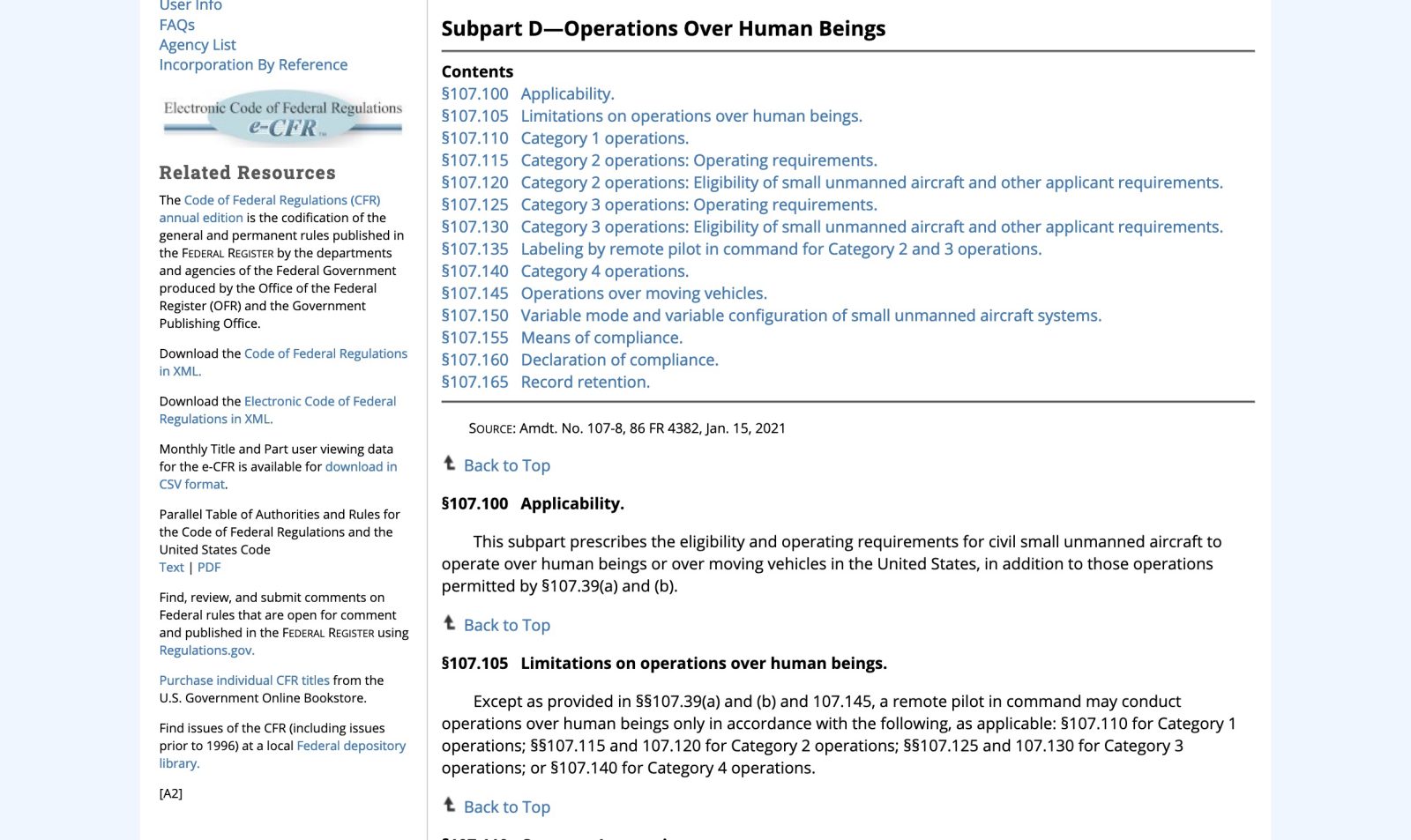 Everyone’s aware the Federal Aviation Agency (FAA) recently altered rules on drone operation, but what are the salient changes involved? Step this way and DroneDJ will explain.

The delayed application to the rule changes took effect April 21. The updated regulations are important to know, but represent over 300 pages of fairly impenetrable bureaucratese. Thank goodness, then for Kevin Morris. The self-described “FAA Drone Guy” alerted the world via Twitter that he’d translated the new codes into “plain language” in a Medium article.

The story is worth a read for all drone owners. It describes provisions allowing for night flight and flying over people and cars. It also underlines important stipulations for those doing so.

Flying drones at night no longer requires a waiver, but Morris notes it involves certain conditions. Pilots must:

Pass either the initial aeronautical test or take one of the FAA online courses on or after April 6; and

Have anti-collision lighting on your drone that can be seen for at least 3 statute miles and has a flash rate sufficient to avoid a collision.

Those lights are similar to the kind flashing on airplanes at night. But Morris says that in mandating “sufficient” flash rates, the FAA leaves it to manufacturers (or users) to determine exactly what works to ensure sufficient visibility.

All general restrictions in droning, of course, still apply at night (no buzzing MLB infields or the Pentagon just because it’s dark).

Drone pilots can also begin flying over people and cars without a waiver, but even Morris struggles a bit enumerating the conditions in easily accessible terms.

Subpart D of part 107 lists all the criteria a remote pilot needs to follow before they begin operating over people or moving vehicles. It does this by breaking down the operation into four categories, all based on the type of drone you’re flying… Before you fly your drone over people or moving vehicles, it’s very important that you become familiar with the operational categories and what you can and cannot do.

Meaning, everyone is going to have to read Subpart D for themselves. But as welcome as a Cliff Notes version of that would have been, consulting the FAA text is wise. Most drone categories underwent sufficient rewriting that pilots should check to verify their craft still conforms.

If they do ­– and in the broadest of generalizations of what the revised rules allow ­– drones may now fly over people participating in missions and outsiders alike. Pilots should, however, make sure non-participants are both aware and amendable to overhead flight.

The above also holds for flying over cars, so long as drones aren’t held in a constant, fixed position above autos.

There are a few rule tweaks he doesn’t mention. For starters, drones will no longer need to have an active internet connection while aloft. They will eventually, however, need to be compliant with Remote ID rules. You’ll need to ensure you’re flying a Remote ID-enabled drone in October of 2023. That means it must either have an internal mechanism that broadcasts your drone registration (its “digital license plate”) and location, or else be equipped with an external, add-on module.

Meanwhile, the new regulations also stipulate small drones must not have any exposed rotors or other parts capable of lacerating skin for flights over people.