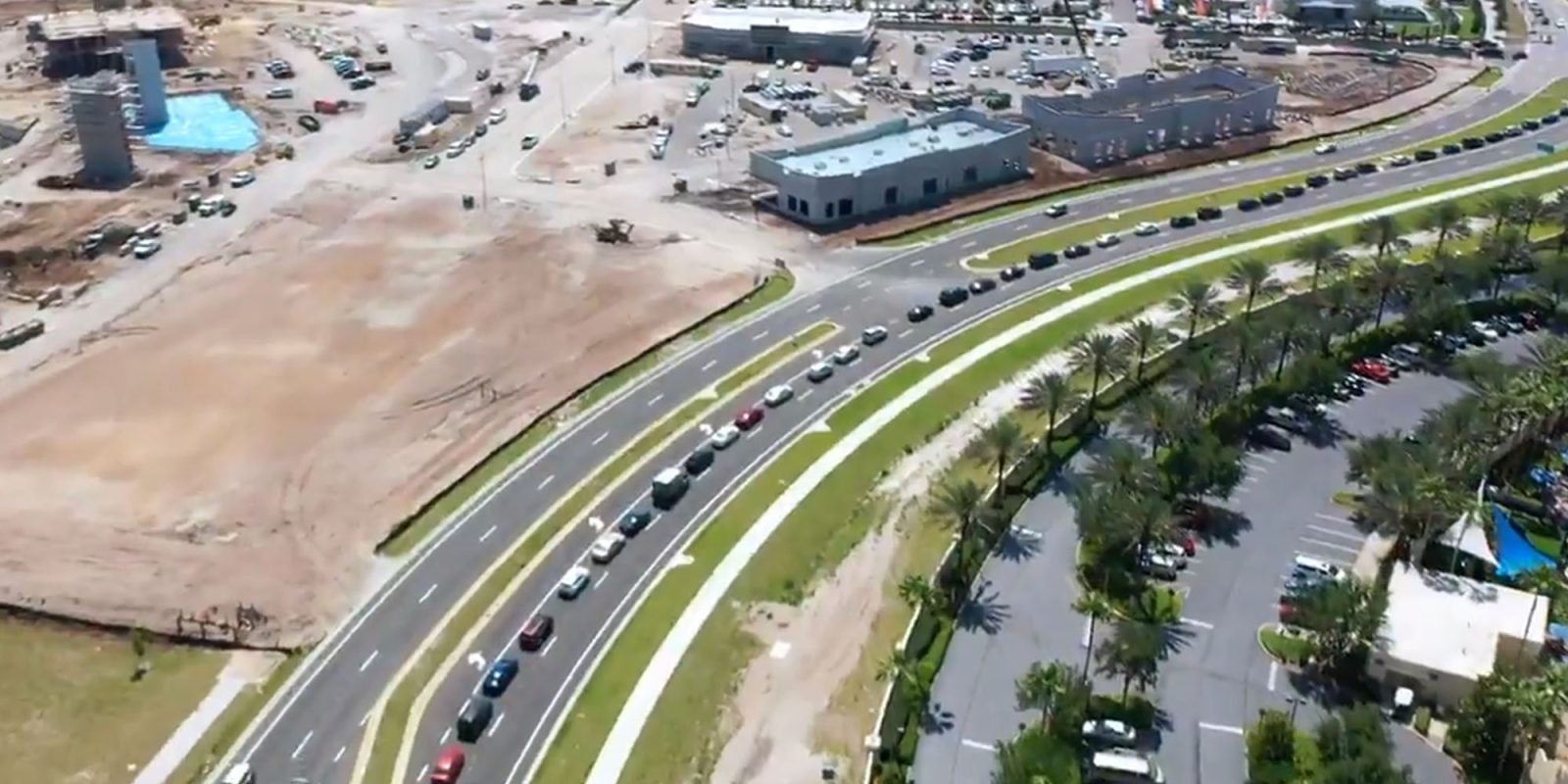 Not only do Harold and Kumar go to White Castle, apparently so does just about everyone in Orlando, Florida. A drone revealed a fantastically long line of people anxious to try the food at the new location.

People who like White Castle fast food are known as cravers. And Orlando is full of them. The fast food chain opened its biggest restaurant ever Monday, and the cravers couldn’t wait to get to the drive-though. But perhaps if drivers saw what this drone revealed, they might have come back on a slower day.

The video appears to be speeded up a little, so waiting was even longer than it looks. USA Today reports the line was more than a mile long ,and some drivers waited more than four hours. The new White Castle set a single-day sales record on its opening day, according to vice president Jamie Richardson.

“Our grand opening exceeded our wildest expectations and beat the previous record by over 15%,” he said in statement.

It’s the first White Castle to open in Florida since the 1960s, and the line to get in started forming the night before. Due to the expected demand, the restaurant limited 60 (!) sliders per customer. It may sound a little excessive, but Florida already saw this kind of mania for sliders earlier this year. White Castle briefly opened a restaurant without a dining room in February but had to close it because of overwhelming demand.

Widespread delivery of fast food by drone is long promised. But really: If a four-hour line up doesn’t make it happen, what will?