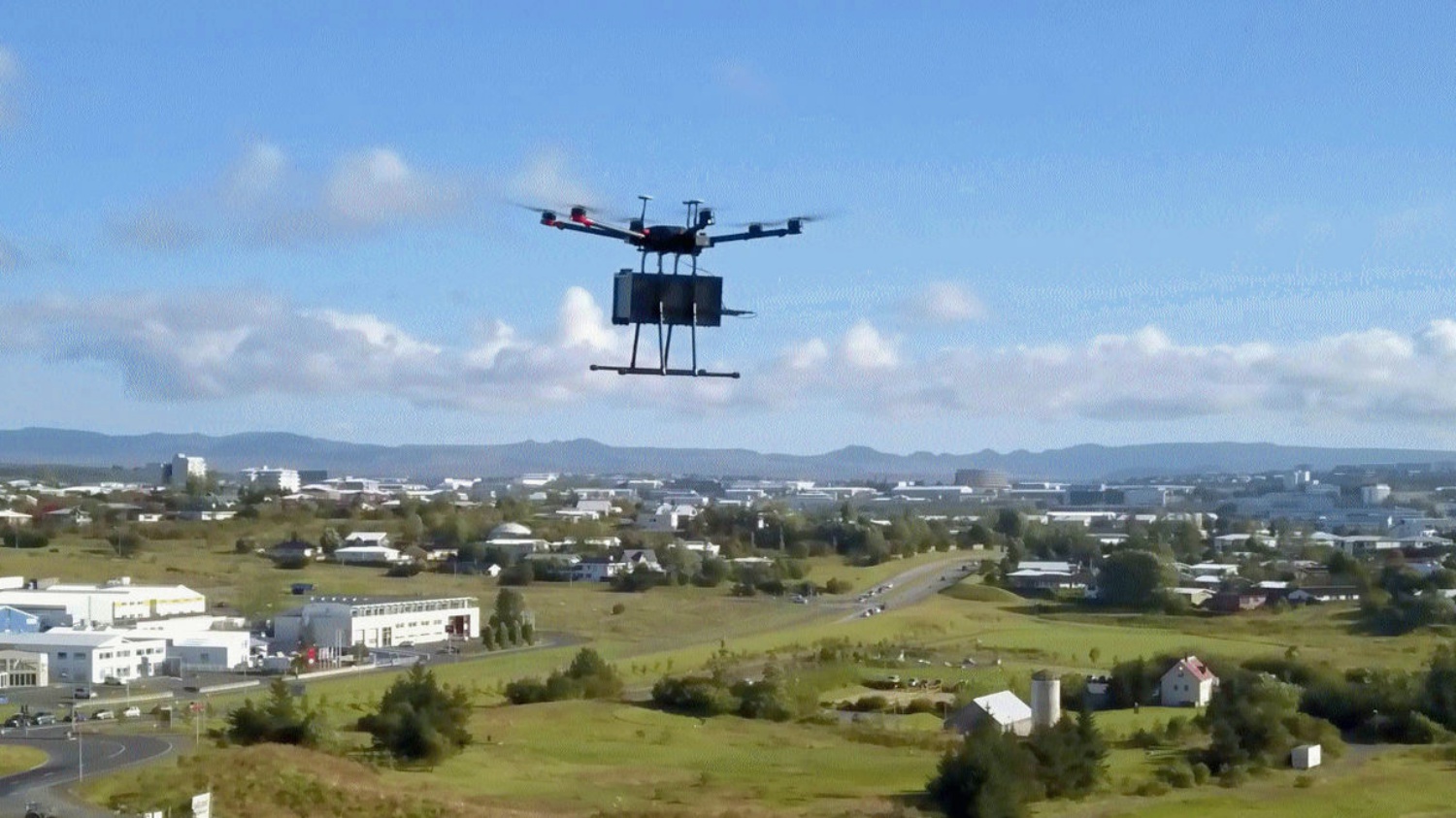 Drone deliveries are taking off around the world. We already reported on companies like Drone Delivery Canada, Zipline, DHL, Amazon, Google, Airbus, Matternet, and others. Yesterday The Economist had an article about deliveries by drone. The story focusses on fast food via drone in Reykjavik, Iceland.

From The Economist: Fast food via drone takes flight

“In August 2017 Mr Kristófersson teamed up with Flytrex, an Israeli drone-service company. The pair persuaded Iceland’s transport authorities to let them start a drone delivery service across Viðeyjarsund, an inlet that divides Reykjavik from its eastern suburbs. Delivery drivers would load goods weighing up to 3kg into a drone on one side of the inlet and it would fly autonomously along a fixed route to land on the other side, where the goods would be collected by another team of drivers who would take them on to their final destinations.”

“The drones, made by DJI, a Chinese firm, do not use cameras or radar to navigate. They rely solely on the Global Positioning System (GPS) to know where they are—though, for safety’s sake, they have three, independent GPS-based systems on board. But even though the drones fly out of sight of aha’s office, they are monitored constantly during their journey and can be recalled if something appears to be going wrong, or ordered to make an emergency landing by slowly fluttering down while making a loud warning noise.”

“A common factor among these new drone services is that they are not operating in densely built-up areas. Despite the early predictions that drones would be used to deliver fast food and other goods to city dwellers, the reality is turning out to be rather different. For a start, there are flight restrictions on all aircraft in high-rise places like Manhattan and central London. There is also the difficulty of finding places for drones to land or hover outside apartment windows. Nor do the economics stack up. In cities, typical distances for delivering fast food might be under a kilometre, which makes it efficient to use mopeds or bicycles. Reykjavik, however, is a low-rise, spread-out sort of place. The average distance over which a meal is delivered is about 7km. If regulators continue to relax requirements for line-of-sight operations, long-distance delivery by drone will become particularly appealing.”