When small drones team up to deliver heavy packages 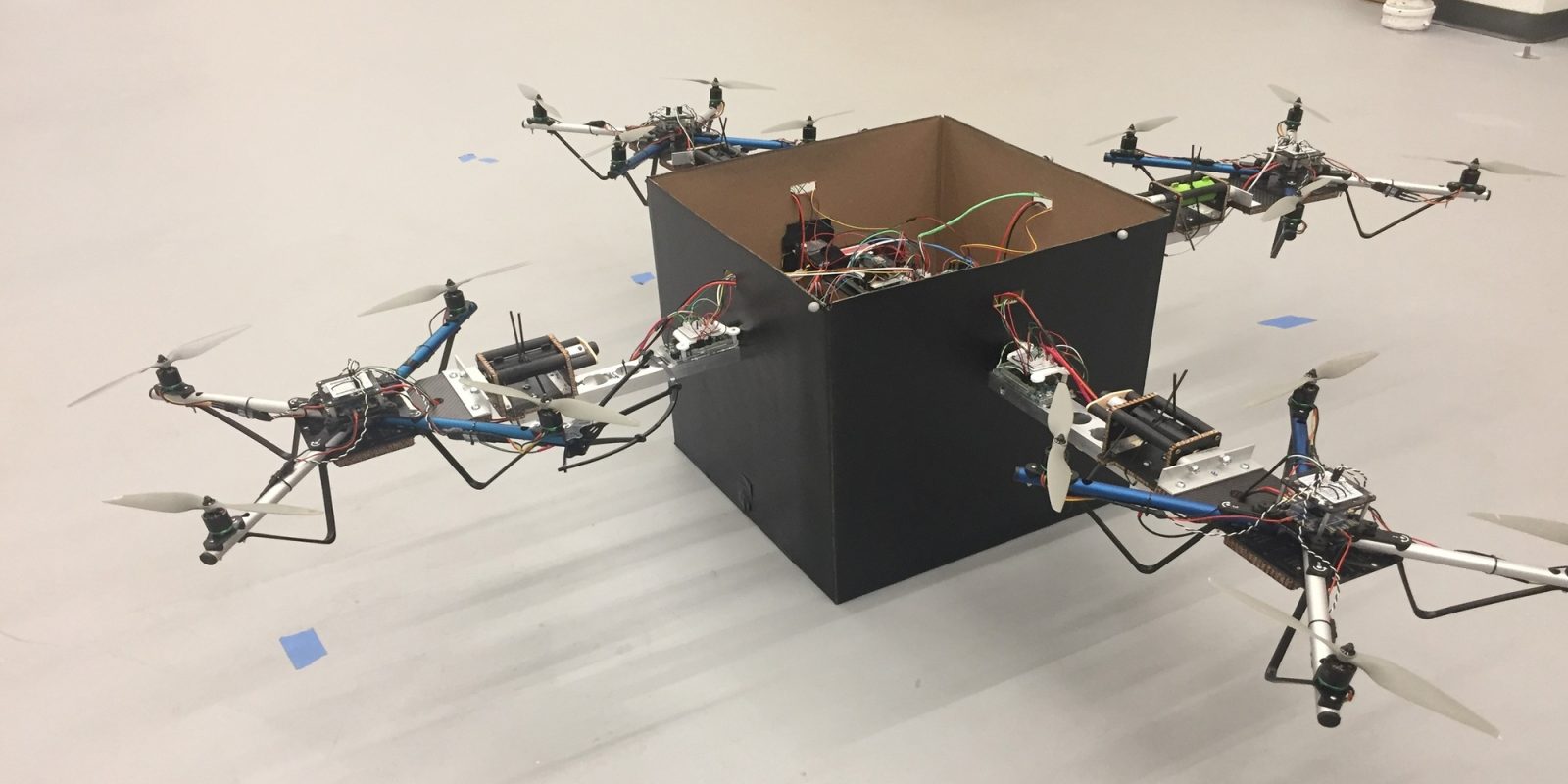 Are coordinated drone delivery swarms the future of last-mile delivery ecosystem? Yes, says a research team at the Georgia Institute of Technology.

Most delivery drones in development today are expected to handle small payloads. Even the world’s first triple-drop delivery drone, the Wingcopter 198, can carry a maximum of 13 pounds on one battery charge.

So, how do you send a heavier package through the air without requiring a big, unappealing drone that would anyway be shot down by regulators and the general public alike because of its safety, noise levels, and cost factors? You use swarm technology.

A centralized control system monitors each of the drones lifting a package, registering information about their location and the thrust being provided by the machine’s motors. Based on the data, the system coordinates the issuance of commands for navigation and delivery of the package. In the real world, that would look something like this:

Not your conventional swarm technology

Not to be confused with conventional swarming techniques that are used to conduct drone light shows, the challenges of controlling a group of flying machines are more complex.

But the benefits of drone delivery swarms are worth the complexity.

Why use drone delivery swarms?

Rogers says such a system would allow the military to resupply soldiers at remote locations without the cost or risk of operating a large autonomous helicopter. A drone package retrieval team could be made up of individual vehicles carried by each soldier.

The idea of having multiple machines working together provides better scalability than building a larger device every time you have a larger task. We think this is the right way to fill that gap.

And let’s not forget that a swarm drone delivery system could also allow for more redundancy in the delivery system. Should one of the drones fail, another should be able to pick up the load – an issue managed by the centralized control system.

Given that the major technologies needed for such a system are already in existence, Rogers estimates that drone delivery swarms could become a reality within five years – if their research receives adequate funding.

It’s not a technical challenge as much as it is a regulatory issue and a question of societal acceptance.