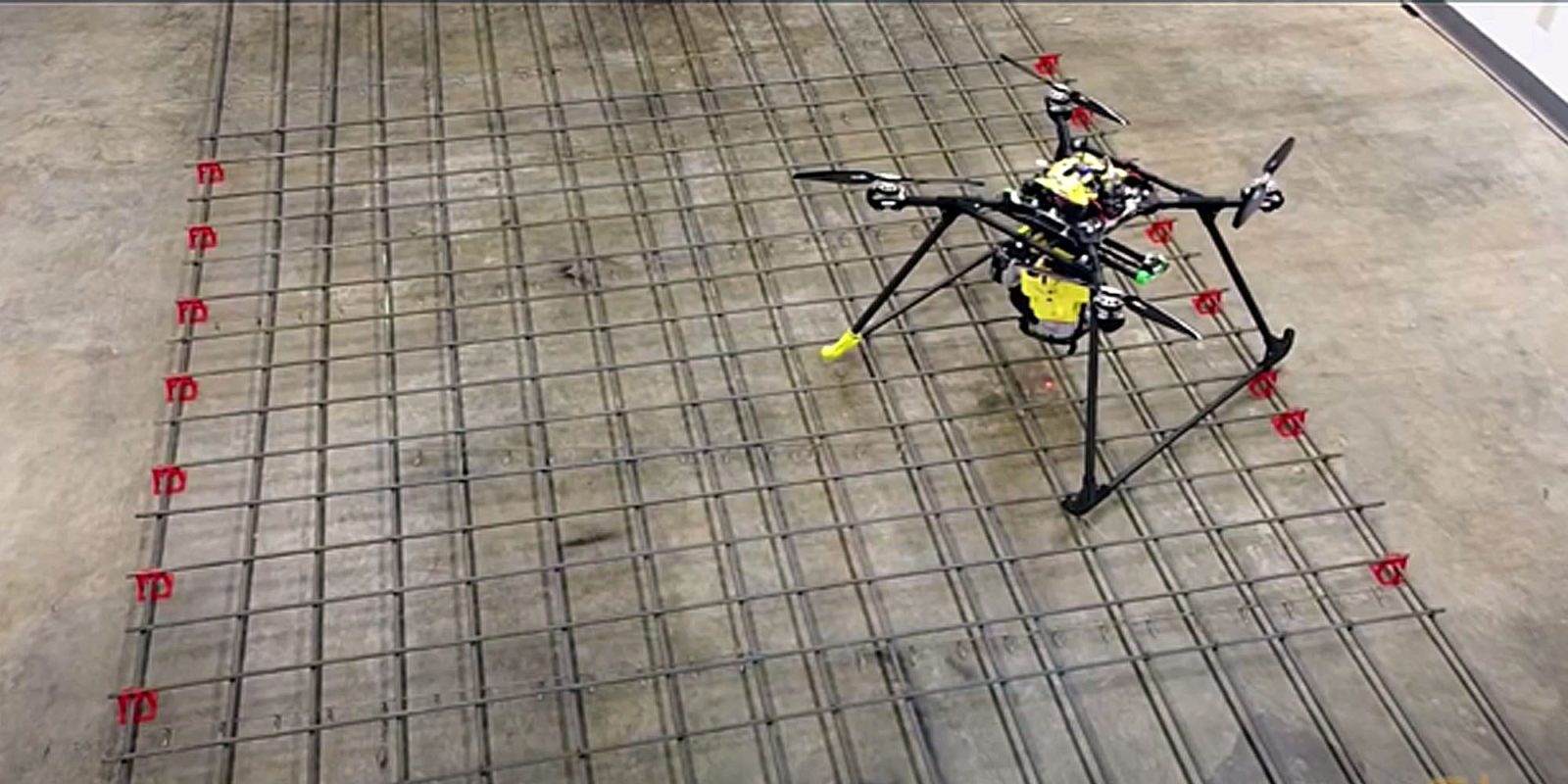 When we hear about drones in the construction industry, it usually has to do with site surveying or inspection. But here’s an aircraft that actually builds: a drone that ties rebar together.

I’ve never tried tying rebar, but it looks about as much fun as picking strawberries. Bend over, stay that way for hours, wonder why you can barely move the next day. There are machines that can do this repetitive and painful work, but they need 40-foot trailers to haul them to the construction site and cost hundreds of thousands of dollars. The SkyTy system promises huge improvements in both speed and cost when it comes to this laborious chore.

The concept actually uses a number of drones. A mapper drone flies over the site, building a picture of the rebar mesh and identifying the intersections. Using those coordinates, multiple drones can be deployed to do the actual tying and automatically keeping out of one another’s way.

A drone that ties rebar together

“They are really two platforms that are optimized for two different things,” SkyMul CEO Eohan George told Equipment World. “The mapper drone has a lot of optics that are not needed on the tying drone, which is optimized for hopping from between positions. You can tie close to four intersections before the drone has to reposition itself.”

SkyMul says its system can mean an 84% reduction in labor, increase production speeds, and cost 32% less.

A human has to keep track of logistics like swapping out batteries and keeping the tying wire loaded, but he or she doesn’t actually have to fly the drones. At the moment, the drones can keep assembling for 25 minutes on one charge and make about 70 to 80 ties.

It’s a little difficult to see the tying process at work in the previous video, but here’s a little better look at the clever knotting system. It’s quick.

The drones and the software driving them are all proprietary to SkyMul. The system will likely come out in phases as the company works on demonstration projects. George says there’s interest from contractors building bridge decks and other large slab projects.

Now, perhaps they could find a way for that thing to pick up a strawberry.