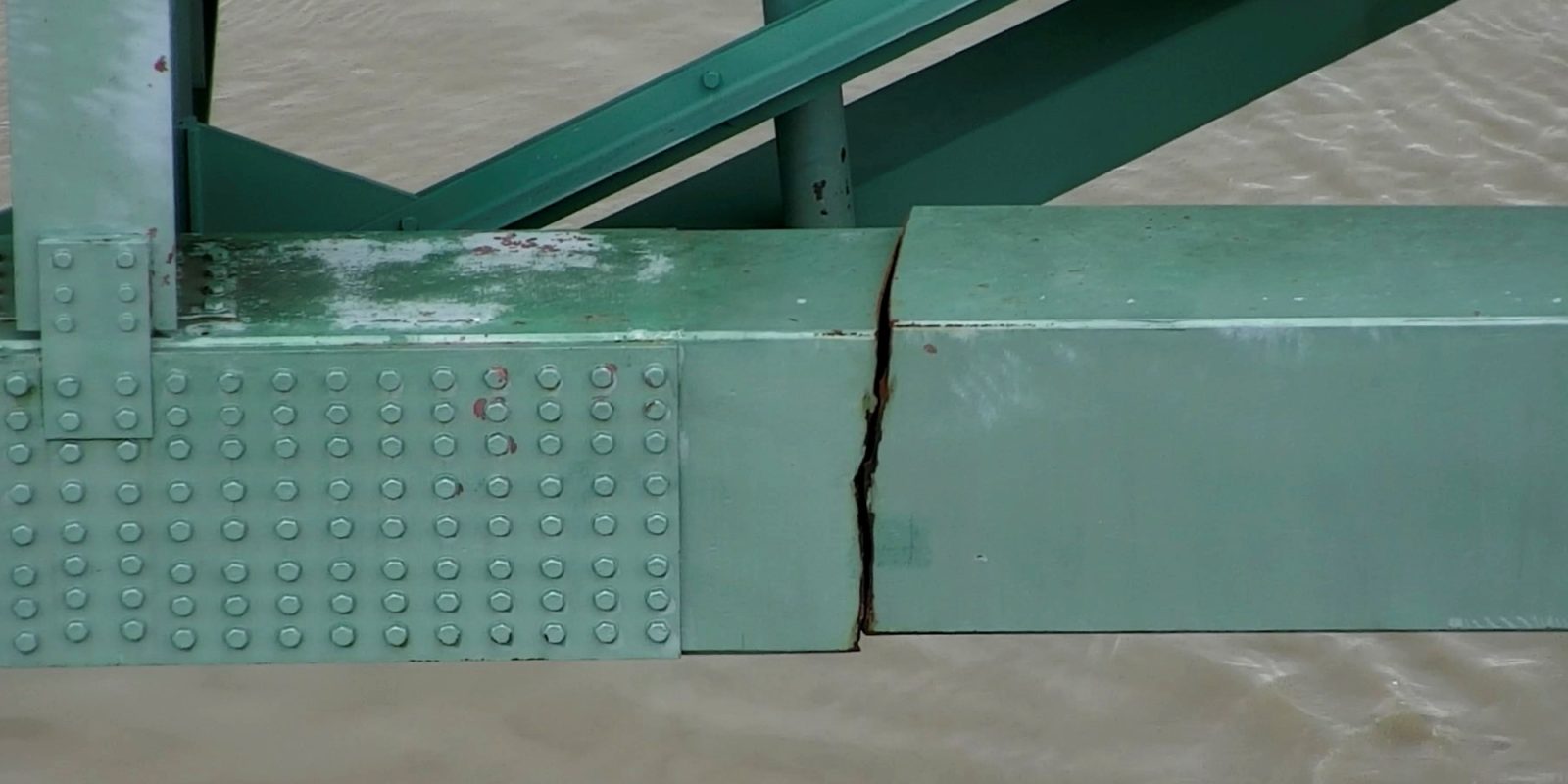 The Hernando de Soto Bridge, a crucial Interstate 40 bridge between Arkansas and Tennessee, was shut down indefinitely on May 11 following the discovery of a major crack in a steel support beam critical for the structure of the bridge. But now, an old drone inspection video has surfaced, showing damage in the same area as early as May 2019.

The Arkansas Department of Transportation (ARDOT) officials were conducting only a “routine inspection” when they discovered what Director Lorie Tudor believes had the potential to become a “catastrophic event.”

While the possible disaster was avoided by shutting down traffic from both sides, a social media user soon pointed out that visible damage to the structure had already happened by July 2019.

And now, a drone video taken by an inspector in 2019 has provided further evidence that the crack, indeed, did not develop suddenly.

At first, it looked like a large rust stain. Then we looked at it closer and you can see where it’s beginning to crack. It’s not as severe as what we saw the other day, but it’s clearly beginning to crack and it’s in the same area.

Interestingly, the I-40 Mississippi River Bridge was being inspected much more frequently than what is required by law. While bridges in Arkansas need to be inspected only once every two years, the 48-year-old I-40 bridge has been getting an extra set of eyes with annual inspections.

Before the May 2021 checkup that led to the official discovery of the beam crack, the structure was last inspected in September 2020, and before that, in September 2019. FOX13 news channel also cites a 2018 inspection report that rates the bridge as fair with “no evidence of any trouble” on the beams that support the bridge.

And yet, now, inspectors are scrambling to find out whether the bridge can hold its own weight and the weight of construction crews as they make temporary repairs before taking on long-term repairs and maintenance.

ARDOT says a computer model of the bridge has been generated and adjusted to include the damages and current conditions, so it can be used to test future repairs. The repairs, meanwhile, can take months. A statement by the Department of Transportation says:

There is no indication that the bridge is continuing to deteriorate. We went through an extensive bridge modeling program to be sure it was safe for river traffic. We are performing additional modeling with different analytical tools to ensure quality control to have a redundant analysis before we make a final determination that the bridge is structurally stable.

ARDOT says it was the leader of the inspection team who failed to report the crack, not once but twice. That employee is now out of a job and may even face criminal charges. Tudor says:

From our investigation we have determined that the same employee who conducted the inspection in both 2019 and 2020 failed to carry out his responsibilities correctly. This is unacceptable and this employee has been terminated.