Can drone swarms fly indoors without bumping into each other? 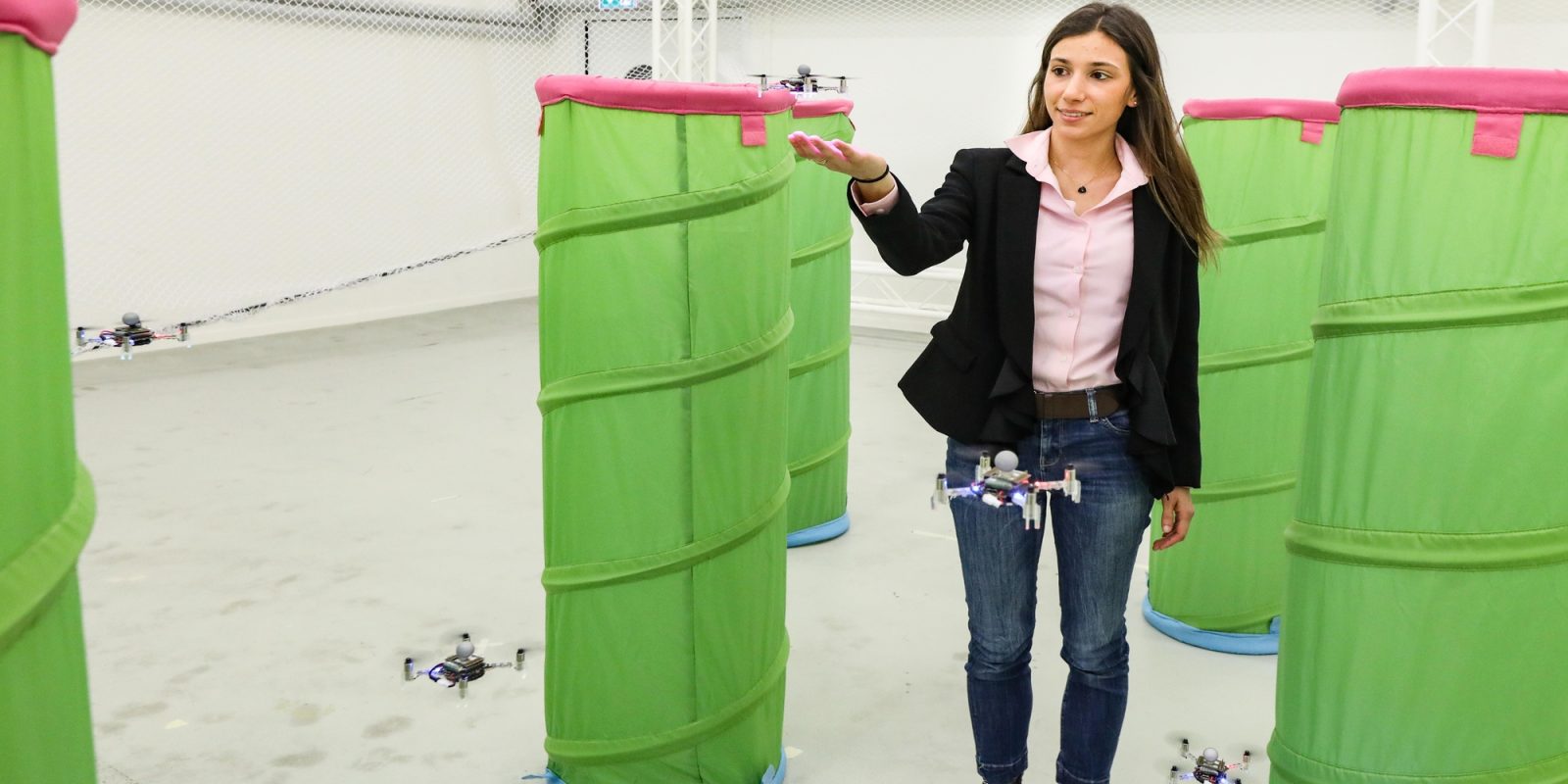 They have mesmerized us umpteen times with their beautiful, synchronized movements in the open night skies. But can drone swarms fly indoors, avoiding obstacles and without hitting each other?

One of the reasons you haven’t seen swarms being used more widely, apart from drone light shows, is because of risk of gridlock within the swarm. As Dario Floreano, a professor at EPFL, one of two Swiss Federal Institutes of Technology, explains:

In a drone swarm, when one drone changes its trajectory to avoid an obstacle, its neighbors automatically synchronize their movements accordingly. But that often causes the swarm to slow down, generates gridlock within the swarm, or even leads to collisions.

To get around this problem, researchers at EPFL’s Laboratory of Intelligent Systems (LIS) have developed a new predictive control model for drone swarms. In this system, drones not only react to other flying robots in a swarm, but they also anticipate their own future movements and predict those of their neighbors. Sounds fascinating, right? Let’s dig deeper…

Getting drone swarms to fly indoors with local information

In a drone light show, swarms are dependent on the commands issued by a central computer. This means a centralized control system calculates each drone’s trajectory and issues commands that would help the swarms avoid a collision.

In EPFL’s model, however, programming is locally controlled and works on simple rules. These could include getting the drones to maintain a minimum inter-agent distance, setting a velocity they must keep, or instructing them on a specific direction to follow.

Enrica Soria, a PhD student at LIS, says that since drones are commanded using local information and can modify their trajectories autonomously, the model gives drones the ability to determine when a neighbor is about to slow down. Meaning, the slowdown has less of an effect on their own flight.

In a way, the model is inspired by nature – like a flock of birds flying together. Floreano says:

We don’t yet know if, or to what extent, animals are able to predict the movements of those around them. But biologists have recently suggested that the synchronized direction changes observed in some large groups would require a more sophisticated cognitive ability than what has been believed until now.

Well, test runs have certainly proven that this new system of controlling drone swarms can improve the speed, order, and safety of the machines in areas with a lot of obstacles, such as real-world indoor environments. Watch: