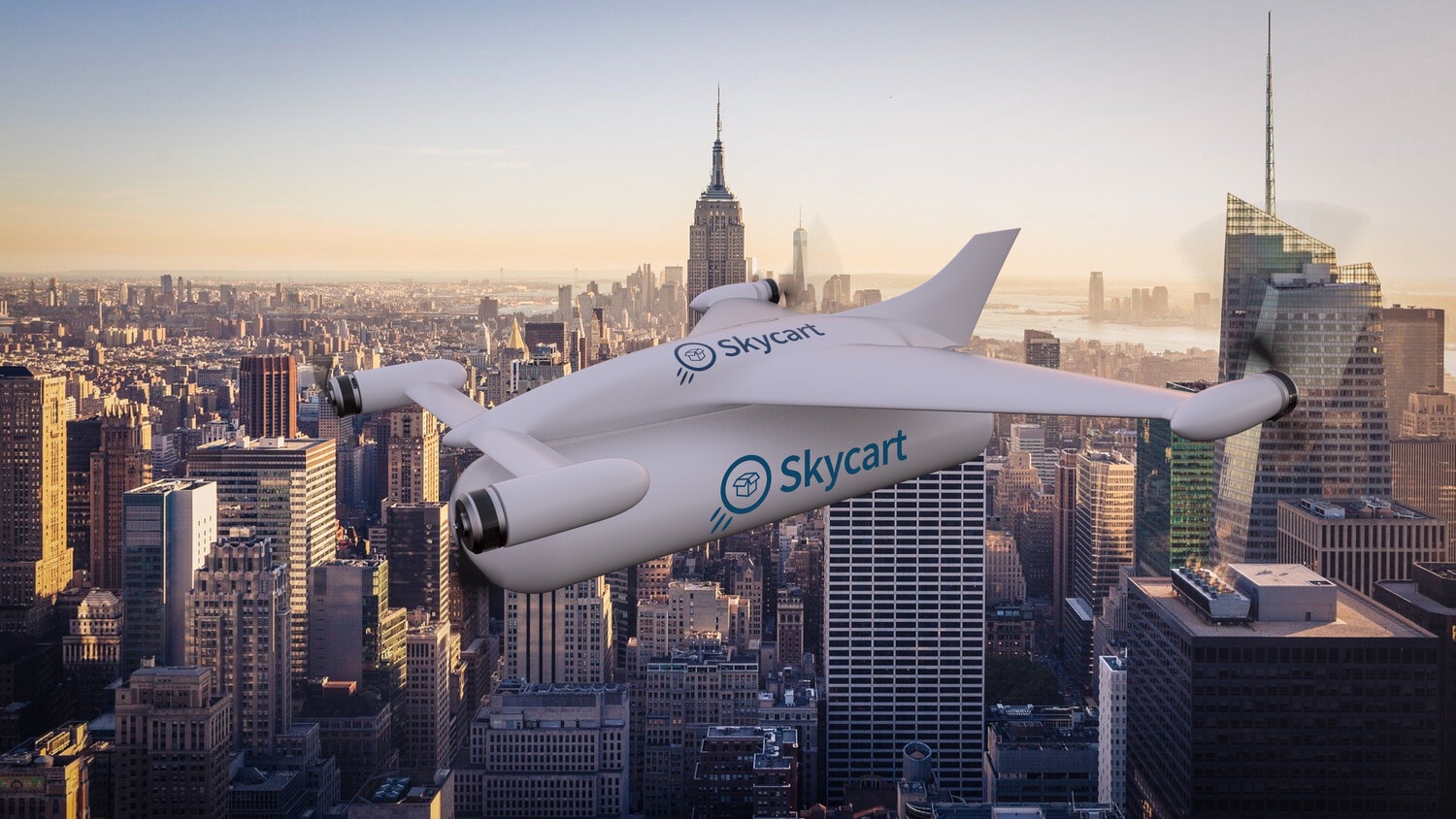 In addition to enabling separate deliveries to four different locations in a single mission, Skycart’s Nimbus drone also operates in fully autonomous mode through the company’s cloud network. The quad-package payload capacity goes one better than the Wingcopter’s 198, which was introduced scarcely a month ago as the world’s first triple-drop UAV.

Skycart says the Nimbus flies at a maximum 80 mph, with a range of 100 miles and top payload of 15 kg. Those all surpass the Wingcopter 198’s specs – even with the additional package thrown on. In a decidedly less remarkable revelation, by contrast, Skycart boasts the four-drop capacity represents a 75% reduction in drone traffic over single-parcel UAVs.

The Nimbus is equipped with a patented self-balancing system that regulates shifting weight distribution during missions as cargo offloading progresses. Deliveries can be made by line, using a parachute, or placed directly on the ground.

Skycart says it developed the Nimbus using improved aerodynamics that enable it to reach higher speeds with lower emissions. As part of that design, the drone sports forward canards that minimize both resistance and risk of stalling.

The pod of the craft permits safe, protective storage of goods, and a built-in rack to facilitate loading and offloading.

The drone is manufactured for deliveries of all kinds of goods in any urban environment. But Skycart chief executive and technical officer Simon Yuen believes Nimbus’s quad payload will be particularly valuable to organizations serving remote communities battling the world’s multiplying health crises – especially in delivering COVID-19 vaccinations.

The Skycart Nimbus is crucial to saving lives because it bridges communities to major hospitals that can provide medical supplies to their smaller facilities over an aerial super highway, especially where roads present challenges. Every minute and every second count toward a patient’s survivability for emergency medical supplies. Our drones also eliminate expired drugs and vaccines, stock outs and spoilage because these crucial medical items can be delivered quickly and easily, without the need to store larger amounts on hand.