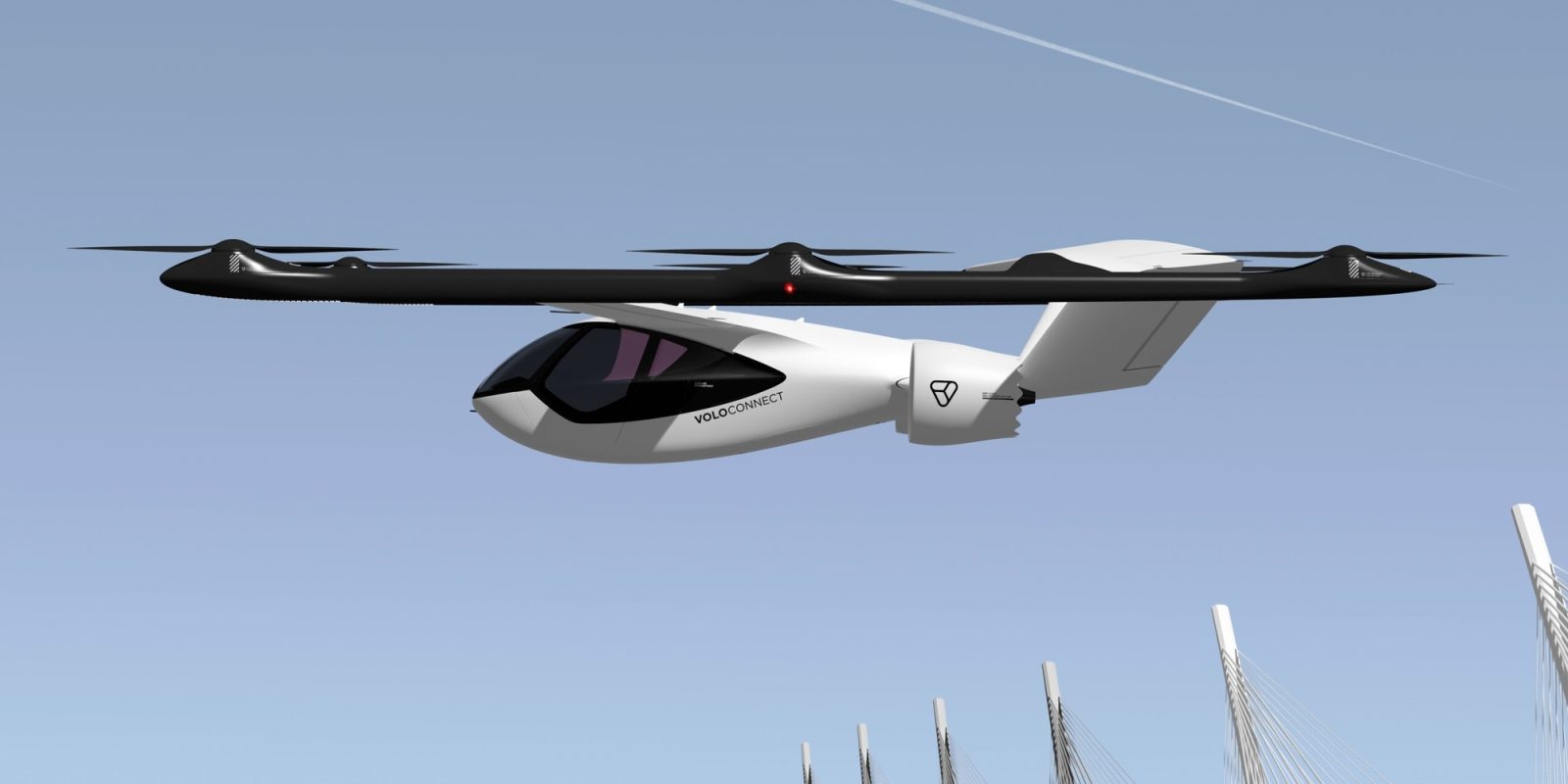 German drone taxi manufacturer Volocopter has unveiled a new electric vertical take-off and landing (eVTOL) aircraft that can transport up to four passengers on routes of 62 miles (100 km) at a speed of 112 miles per hour (180 kmph).

VoloConnect, which is expected to achieve certification within the next five years, is designed with a vision to connect suburbs to cities. Its hybrid lift-and-push design technique allows the compact aircraft to remain naturally stable and efficient during forward flight, while maintaining a low stall speed.

VoloConnect embodies the next dimension of our mission to offer affordable, efficient, and sustainable flight mobility solutions for cities around the globe. We are confident that this aircraft family, and the years of experience and leading innovation on which it’s founded, will pioneer the way for electric UAM services to launch commercially and internationally.

In terms of development, Volocopter’s Munich-based team has been working on VoloConnect for about two years now. They are already flying multiple-scale prototypes of the new drone taxi and are quickly progressing toward testing full-scale prototypes. You can take a closer look at the team testing a 1:3 VoloConnect prototype here:

And if you also think that the drone taxi is a stunner, here’s what you can expect the full-scale model to look like:

It’s worth noting that Volocopter is the only eVTOL developer with a product portfolio of multi-copter and fixed-wing designs that can be used for both passenger and cargo transportation. The electric aviation startup is also the only eVTOL company thus far to attain Design Organization Approval from European Union Aviation Safety Agency (EASA). Moreover, Volocopter has secured partnerships with global leaders such as Aéroports de Paris, Microsoft Azure, and Lufthansa Industry Solutions.