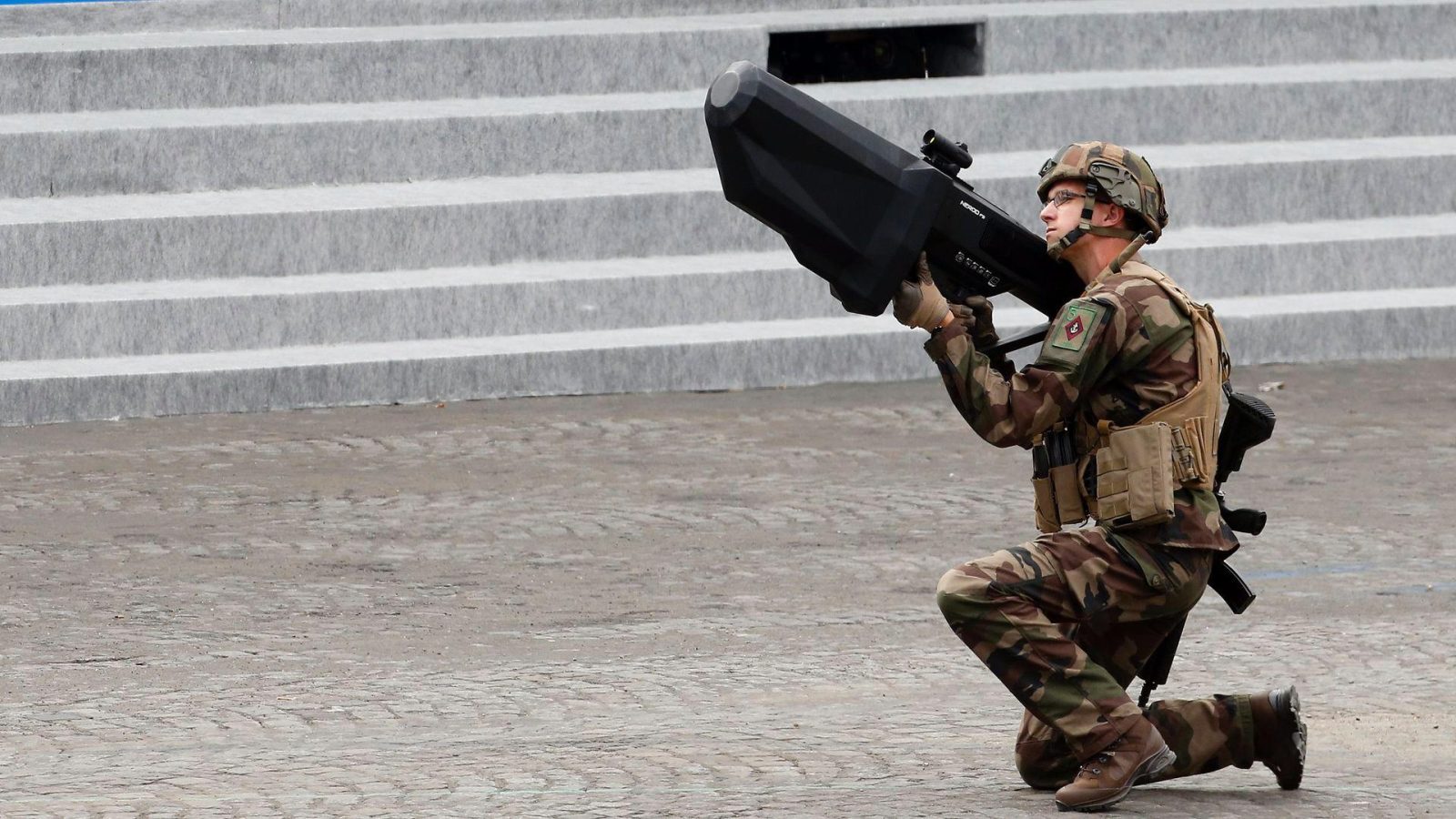 The Italian military is testing the use of direct-energy beams in blasting hostile or unauthorized drones from the skies. The leading sources of those thus far are microwaves and lasers.

Italian air force officials have gone on record acknowledging the trials, and saying use of the technology to zap offensive drones has and continues to progress rapidly. That research is underway at the air force’s unmanned aerial vehicle center of excellence at the Amendola Air Base in southern Italy. Officials have said Italy’s anti-drone tools will be demonstrated next October, when they join other North American Treaty Organization partners to put their respective experimental kinetic devices through the motions at Sardinia’s Salto di Quirra test firing range.

Rather than the usual radar process of emitting pings that eventually bounce back, the passive method uses the countless ambient signals crowding the air today – TV, radio, cell phone, connected car waves, for example – that deflect off targeted craft as they pass. The smart algorithms, meanwhile are being perfected to differentiate drones from other airborne objects – including birds – and also distinguish which, if any, craft in a swarm may be transporting a weapon.

Until those new technologies come online, the Italian military continues relying primarily on radio frequency and GPS jamming to down drones. When all else fails, they say, invasive craft can be blasted from the sky à la skeet shooting.

As elsewhere, anti-drone development by the armed forces and private groups in Italy has been primarily focused on military applications. But with the rapidly spreading popularity and use of smaller commercial drones, that research has become a two-track affair. Any solutions pursued for defense purposes are now usually designed to be adaptable civil operation like protecting airports and restricted urban airspaces – and, if required, to companies that may eventually develop anti-drone objectives.