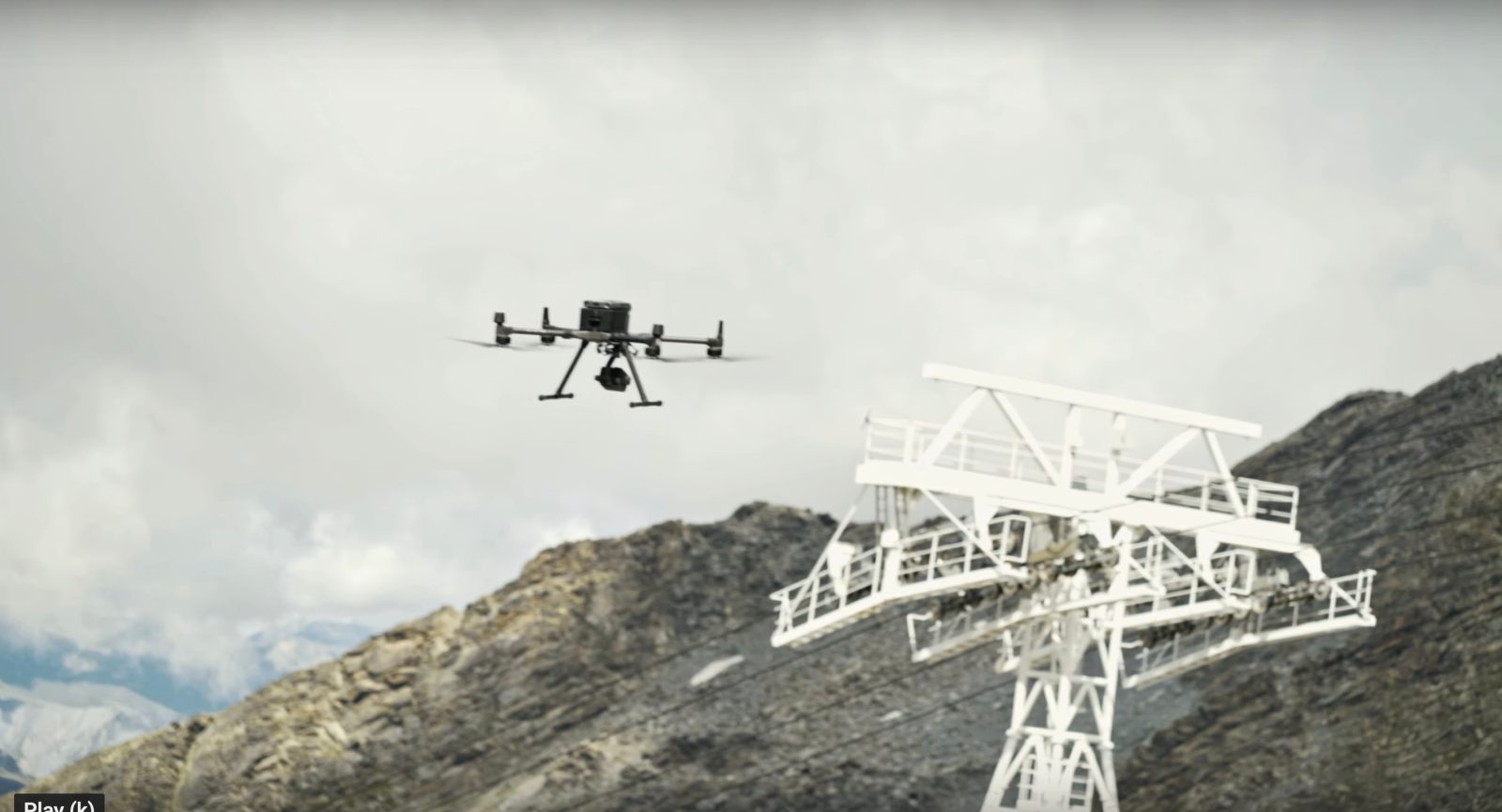 France’s Val Thorens is reputedly the largest and highest ski resort in Europe. It’s also one of the most advanced in the world in using drones to ensure its runs and infrastructure are as safe – and clients protected – as possible.

Tucked away in the Trois Vallées area of the French Alps, Val Thorens has embraced drones as part of its wider use of remote and robotics in managing its 600 km of ski runs. The most crucial part of that work is done by the region’s 200-plus member ski patrol unit, which not only leads injury and rescue missions when they arise, but more broadly oversees and maintains slopes to reduce the risk of accidents. As they were doing that in 2019, the outfit’s leaders realized just how valuables drones could be to their efforts.

Not surprisingly, the most frequent calls from ski patrol members for accompaniment by the cell’s drones involve safety inspection of runs. Strictly manual checks require numerous descents to cover the entire surface of the run. Using drones affords pre-departure evaluation that lets patrols concentrate primarily on spots appearing to need the most work. Being trailed by the craft as those inspections unfold, in the meantime, can turn up previously unseen hazards, or catch repairs that may not have been sufficient or complete.

That utility is all the greater for off-piste zones located beyond designated runs. Their allure to expert skiers is the raw, unmaintained conditions and challenges they pose. Yet those also make hors-piste areas more dangerous to visitors – particularly from avalanches – as well as to ski patrols. Inspection via drone, therefore, offers a great enhancement in time spent and risks run.

Drones are also used to troubleshoot Gazex installations. Those use pipes jutting from the mountain face, and connected to gas tanks below. When avalanches are considered a threat, ski patrols remotely set off an explosion of gas to provoke a controlled slide of snow. With drones at work, inspections of those far-flung units can be conducted at a distance, with human visits limited to needed repairs.

And, of course, drones have increased the speed and efficiency of assistance and rescue missions by getting to targeted venues fast –and beaming back informative video of scenes there. Drones are credited with saving a five full minutes of reaction time to respond to avalanche victims, whose survival window is just 20 minutes.

Video from the craft also helps rescuers determine when sending in helicopters isn’t critical to saving lives or accessing injured people. That’s of no small consideration to tight-budgeted units that face $1,000 flight bills for each helicopter outing. The  drones also allow ski patrols to pre-identify hazards or troubles they may encounter once they arrive, and plan the fastest, safest routes back to resort facilities.