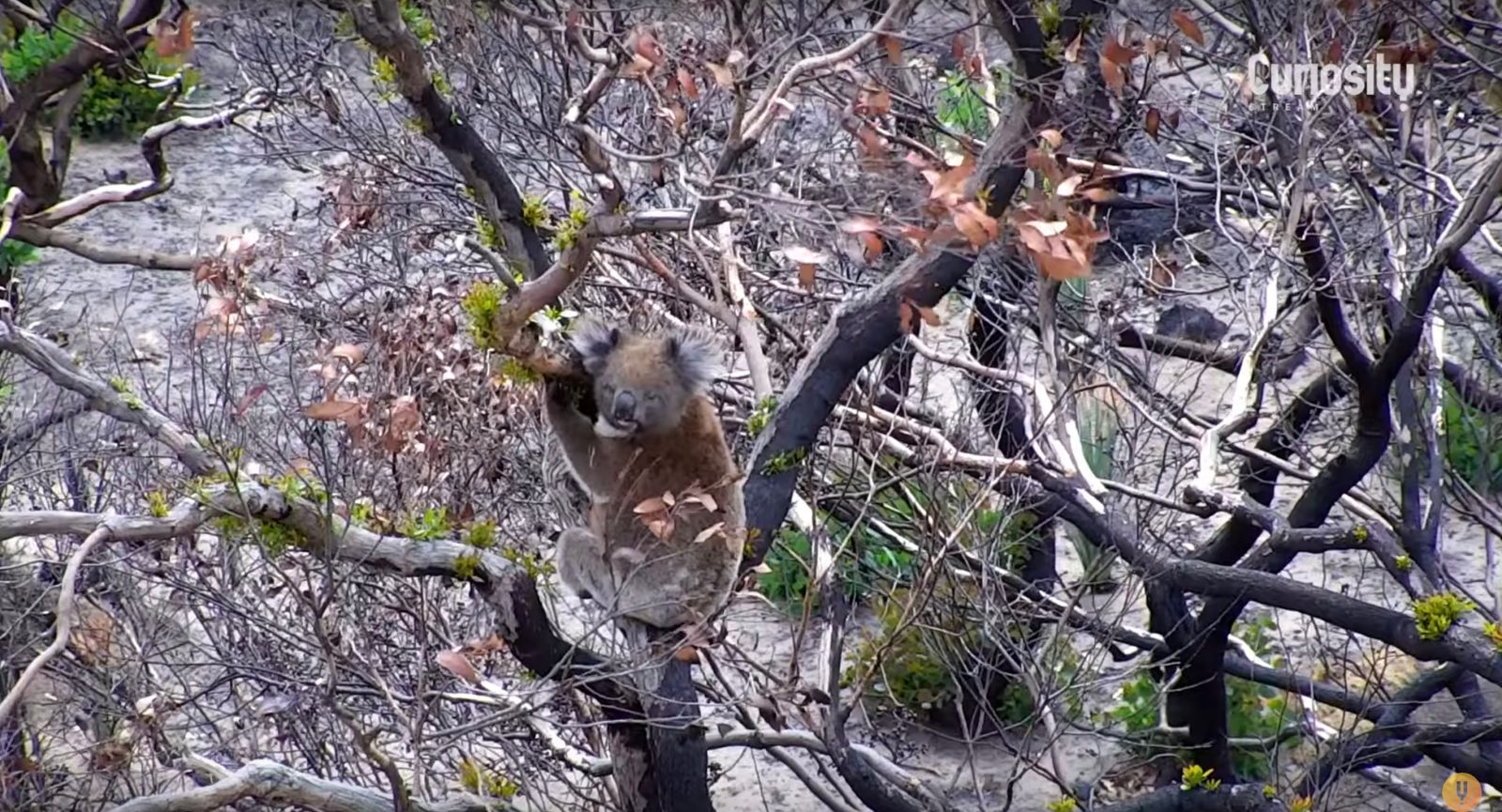 Get. Ready. To. Bawl. Professional drone pilot Douglas Thron has dedicated his skills to locating and rescuing animal victims of natural disasters – then returning them whenever possible to their human friends. Now the world can be thrilled (and moved to shameless blubbering) by Thron’s big-hearted work in a new six-part documentary.

Doug to the Rescue follows Thron as he travels the globe, from one natural disaster to another, scouring ruined landscapes in search of injured or stranded animals. A professional drone pilot and cinematographer since 2013, Thron tossed aside his lucrative work filming high-end real estate properties, TV shows, and commercials to dedicate 9 or 10 months of the year to locating animal victims of the world’s seemingly endless natural disasters. He spent seven months in Australia alone last year scouring wildfire-torched areas for animal survivors, and rescuing countless stranded koalas, horses, kangaroos, cats, and dogs.

Doug to the Rescue documents that in the series beginning tonight on CuriosityStream. Anyone with a soft spot for animals – and anguished humans fearing for their furry friends – will not want to miss a single episode. A hefty investment in Kleenex is strongly advised, however.

Born in Texas and currently residing in an Oakland, California, houseboat, Thron first got the idea of using drones for animal searches while helping a woman look for pets stranded by the 2018 Paradise, California, wildfire. Adopting her use of an infrared scope, Thron outfitted his DJI Matrice 210 V2s with an IR camera, spotlight, and 180x zoom lens and he was off. His first mission came in 2019, he told TreeHugger.com.

My first big rescue using a drone was in the Bahamas after Hurricane Dorian. I was there helping to deliver aid and film the destruction when I spotted a dog roaming around the mountains of debris. He obviously hadn’t had any water or much food for days. He was really apprehensive at first, but warmed up over the course of the day, as I just sat with him. Dog food and water helped! The next day, some animal rescuers came with me to get him. He’s such an incredible dog, and meant so much to me, so I adopted him and named him Duke after a sign I’d seen where I found him.

Since then, Thron has rescued critters from fires in California and Australia, floods in Louisiana, and other disasters anywhere they’ve struck. He told TreeHugger.com the Australian inferno produced multiple forms of hell – including 20-hour work days.

(I)t was challenging because the hurt koalas were deep in burnt out forests, often with a dense canopy. It was so hot out you had to fly strictly at night with spotlights and infrared and fly the drone pretty far and often drop it down through the trees to see the animals, which takes a lot of skill. Koalas are also very aggressive and strong, and not always thrilled when you go to grab them out of a tree to rescue them.

Yet it had to be satisfying for both when he did.

Thron works with individuals and associations that care for the scores of rescued animals he locates. But whenever he can, he goes the extra search and rescue mile to find their owners – enabling what are invariably joyous and boundlessly relieved reunions.

It’s awesome to be able to save people’s cats and dogs because frequently, that might be the only thing they have left after a fire or hurricane. Obviously, for the animal’s sake, it’s so incredible because without the infrared drone, in many cases, the animal would have never been found and would have died, sometimes a slow and painful death.