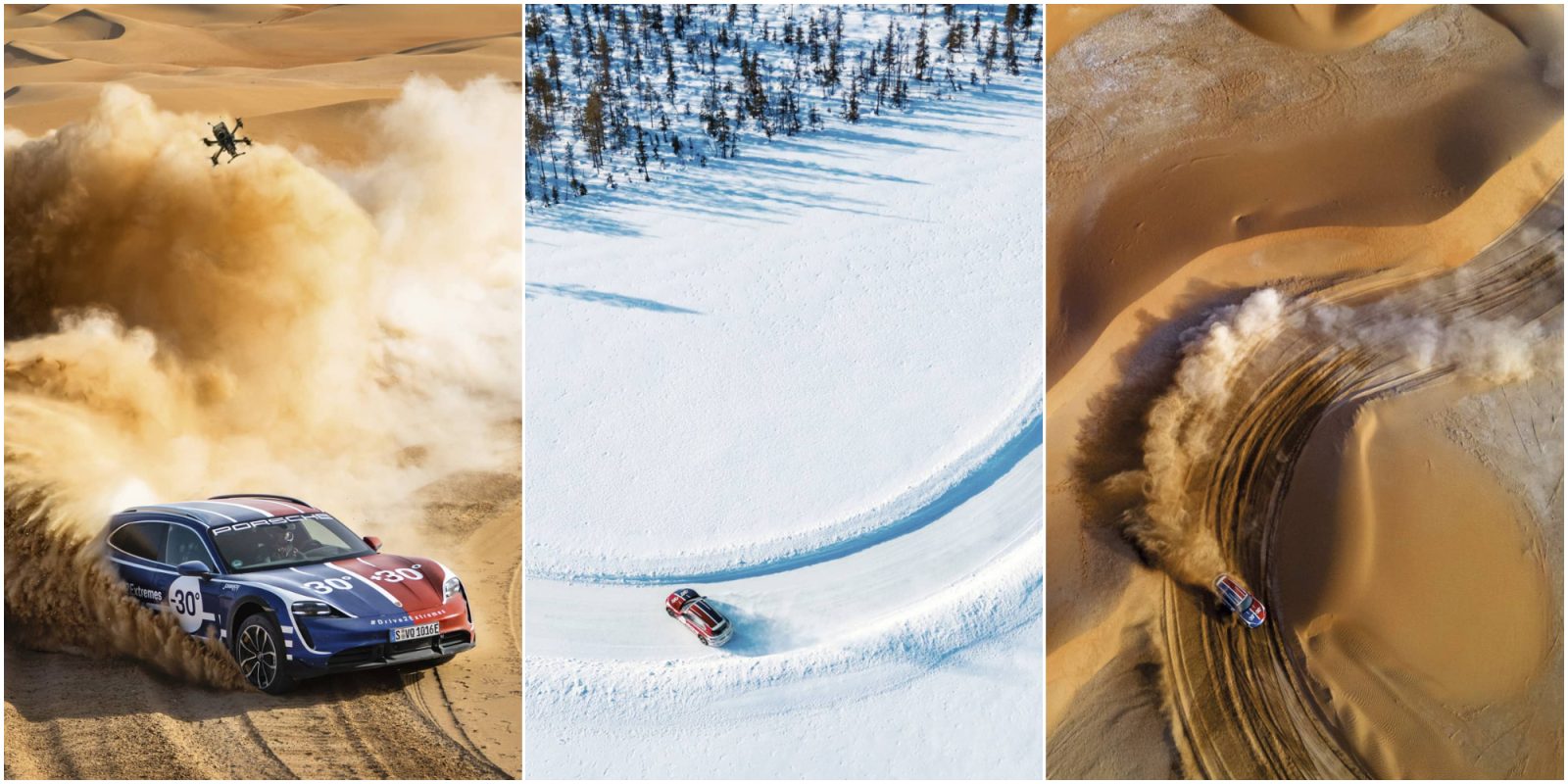 A hot-air balloon glides over a frosty pine forest. A sports car drifts, first in the snow, then in the sand. From the biting cold of Levi, Finland, you are instantaneously transported to the blistering heat of Liwa Desert in the United Arab Emirates. Like magic. An FPV drone slices through the air to bring the symphony of contrasts to life. And you think to yourself, how utterly fortunate am I to witness this stuff of legends!

Porsche’s thrilling campaign video, designed to celebrate the new all-electric Taycan Cross Turismo, has two heroes. The first is the Cross Utility Vehicle itself. And the second is Johnny FPV, one of the best drone pilots on the planet.

The video takes you to two identical race tracks, one in the sandy desert and the other on a snow-blanketed frozen lake north of the Arctic circle. The campaign, titled Drive2Extremes, showcases the Taycan Cross Turismo power seamlessly between these two worlds. And one “wow” moment follows another, punctuated by breathtakingly beautiful slow-motion sequences.

This project was epic to say the least. The desert track in Abu Dhabi was built completely from scratch, a perfect 1:1 replica of the one in Finland. Mirroring the two created a really interesting contrast of environments, and gave us the ability to seamlessly merge the two locations together in the edit. The goal was to create a piece with 100% seamless transitions.

Does he succeed? You be the judge:

Now, is that award-winning cinematography or what!?

Oh, and those rocks exploding into the camera at 1:19? Or the ice shower at 2:19? No, not VFX or CGI. Just Johnny raising the bar for FPV drone piloting. Again.

The 25-year-old from Chicago tells more about the technical side of the things:

We wanted to develop drones that could effortlessly carry larger cinema cameras. Losing any essence of true FPV agility and performance would be a big failure. Proud to say this was achieved. We shot the entire film on the RED Komodo and FREEFLY Wave camera, with the exception of flying through the window, which was done using a GoPro.

Interestingly, the video is directed by Los Angeles-based Nicholas Schrunk, an Emmy Award-winner for the documentary Blood Road. Figures.

Congratulations to everyone involved, and thanks for blessing us with this cinematic masterpiece!

Like FPV drone videos? You may want to check out: