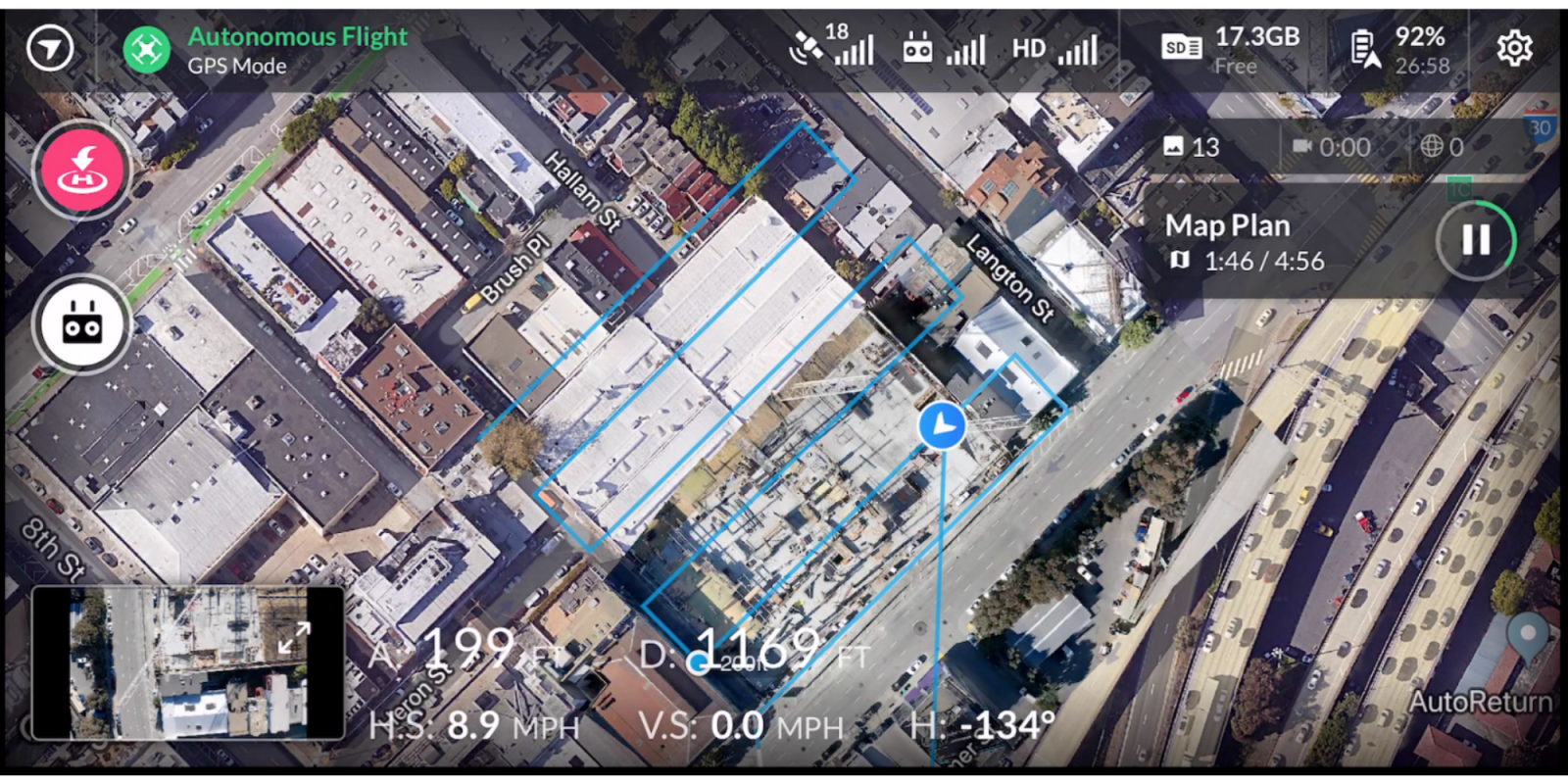 So we had a realization the other day: We’d never tried out DroneDeploy software. And while we had a basic understanding of what it can do, we wanted to learn more. So we had a one-hour briefing with the company. And we’ll share with you what we learned.

People in the Enterprise world know software like DroneDeploy, Pix4D, and others like the back of their hands. We are not in the Enterprise world (though I’ve spent some time with companies that are). But we had a thought the other day: While we understand the basics of powerful software like DroneDeploy, we’ve yet to actually take a deeper look. And so we requested a briefing from the company.

And, wow, did we learn a few things.

DroneDeploy does a lot

That was our biggest takeaway here: This is very powerful software. It’s not the only one of its kind, of course, but it’s the one we learned about and that we’ll focus on today. We hope to set up similar briefings in future with other companies offering similar products, to really learn the differences between various offerings. (I’ll be doing some direct outreach. But if you’re a company that offers software of similar capabilities, you can hit me up here.)

We spoke with James Pipe, DroneDeploy’s head of product. Super knowledgeable (as he’d have to be), James took us on a high-level overview – with brief sidebars – to help us (and you) understand what this product can do. Here’s a quote from James that kind of sums things up:

After going into greater detail, we can see what he means.

Some might think of DroneDeploy as software capable of 3D scanning and processing. Yes, it’s that. But it’s also so much more. James offers a few of the use-cases for sectors within the Enterprise world:

With the June 2 release of Skydio’s impressive 3D Scan software, there’s a lot of focus at the moment on scanning. DroneDeploy can also dispatch drones to scan a subject in three dimensions, typically straight from the app through the help of DJI’s Software Development Kit (SDK).

“The big difference between DroneDeploy and other solutions you’ll find on the market is we try to be a holistic platform – the one place you go for all of this stuff. That’s all the way from drone operations management through to capturing ground data with 360-degree cameras to ground-based rovers like Spot or even a mobile phone,” says Pipe.

Regardless of what device captures the data, all of these images can be integrated by DroneDeploy both as a record of a moment in time, and as part of the ongoing data around any given project.

It’s no secret that the use of drones in the Enterprise sector has grown tremendously in recent years. And that’s reflected by the companies using DroneDeploy around the world. Pipe says about 1.5 million commercial flights now take place annually using the DroneDeploy platform. There are some 5,000 customers in 200 countries.

“You can massively increase accountability on the job site,” explains Pipe. “Rather than having to walk a very large site, you can literally look at the map from yesterday.”

Once you’ve captured the images with a programmed flight, your data can be securely crunched into 3D models. DroneDeploy uses the Google Cloud platform for processing, meaning it’s fast, secure, and pretty much infinitely scaleable. Pipe says something like 400 DroneDeploy maps are being processed at any given moment, with the average processing time roughly an hour.

As for size, DroneDeploy can capture and process scans of subjects ranging from the size of a single family house to a 16-square-mile solar farm. And of course, you can accurately measure any features of interest that you’ve captured, whether you’re interested in a linear length, an area, or a volumetric calculation. Plus it will track changes to the bits you’re interested in over time.

DroneDeploy is also a useful tool in the world of Precision Agriculture. It’s capable of actually counting the number of individual corn or soya plants (likely with more species to come) in a given area. This allows farmers and agronomists to quickly assess crop densities far more easily than the old way, which involved manually counting plants in a given plot and then extrapolating from that.

There are many more features on the agricultural side, including plant health:

In addition to its ability to scan and track changes over time, do volumetric calculations etc., DroneDeploy is also a Fleet Management tool, meaning it can keep track of your drone missions, pilots, and more. Plus, you don’t really need to do a whole lot of inputting, as the software knows what you’re flying and when.

“I’d say 90% of our largest customers use it as a fleet management tool, because there’s no additional requirements,” says Pipe. “They don’t need to pre-log their flight before they fly it… we know exactly where they’ve flown.”

Plus, in a partnership with Airbus UTM, DroneDeploy offers Low Altitude Authorization and Notification Capability. That means you can check airspace, request LAANC authorizations, and more directly from the app.

Well, DroneDeploy isn’t resting on its laurels. It’s continuing to push the boundaries of its software, and is also eyeing what some of the other drone companies are doing in this field. It likes what Skydio can do, calculating its own flight path based on assessing a subject within a defined volume.

“What is interesting is when you change the mind-set around the drones,” says Pipe. “And this is the same for ground rovers (like Boston Dynamics’ Spot). Instead of saying: ‘Go forward 100 meters,’ you’re saying, ‘Get to this point and figure out what to do.’ From our perspective, we like this kind of abstraction.”

And while he’s impressed with Skydio’s AI, there’s no question that a lot of DroneDeploy users (we’d guess the majority), are currently using DJI products.

Pipe believes the future will involve drones capable of that “abstraction” he referred to earlier. Meaning drones that can assess a situation and figure out what to do, whether they’re aerial or ground-based platforms (or a combination of both).

“If you can tell the robot what to do at a higher level of abstraction, that’s the game-changing element.”

You can find out more about DroneDeploy on its website.