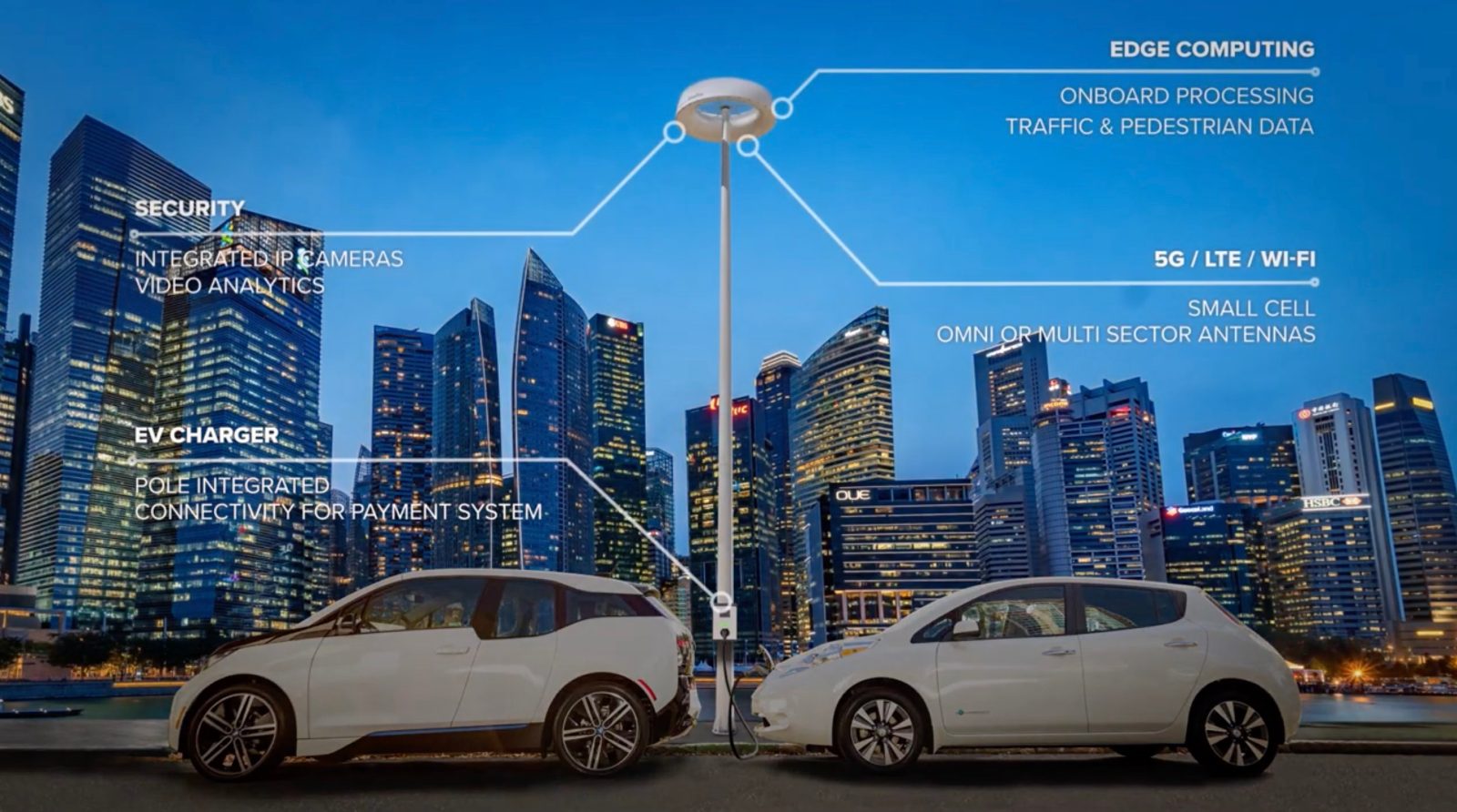 A pair of partnering companies is working to allow drones to recharge their batteries while docked atop specially equipped streetlights. Who needs droneports, anyway?

Portugal’s Omniflow has developed a way for its smart city technology to turn streetlights into solar- and wind-powered charging stations. Its Omniled unit is attached to existing lampposts, where it both generates and stores sustainably created power. Its internal batteries can be used for recharging by electric vehicles – and that now includes drones. That’s been made possible through Omniflow’s partnership with Silicon Valley company FlytBase, whose specialized drone software turns the adapted streetlights into super-efficient docking stations.

A major attraction of all FlytBase platforms is the company’s precision landing module. In its use on Omniled, the software accurately aligns, approaches, and lands drones on the charging pad. The application can also be used to set repeated drone re-charging stops, and has pre-programmed actions that kick in during emergencies.

Indeed, the Omniled-FlytBase offer will initially be angled toward emergency responders who often require multiple recharging solutions in proximity to interventions. Very rapidly, however, delivery and security actors will also be targeted.

“We believe that the electrification of drones and autonomous drone missions will be scaling in the near term,” explains Omniflow cofounder Pedro Ruão. “So we are preparing our solutions so [streetlights] can be retrofitted to house the drone charging pad and then provide all kinds of services.”

The attraction of Omniled tech is not limited to simple recharging. Each unit also offers 5G connectivity, cameras, and public Wi-Fi access, turning it into nature-powered smart device. That, Ruão says, makes Omniflow a perfect, ready-to-use solution for cities seeking to meet increasing and diversifying drone use in sustainable ways.

“Every Omniflow smart pole can be at any given time upgraded to host the drone charging pad and 5G,” he says. “We will be able to create sustainable networks and highways for autonomous drone services.”

As an example of the tech’s efficiency, Omniflow says an Ikea store in Portugal cut electrical consumption used for outdoor lighting by nearly 95% using Omniled units. With an upgrade to FlytBase-enhanced options, that means the store could also offer re-charging capabilities to its own future drone delivery operators – or any others service providers seeking a battery boost.