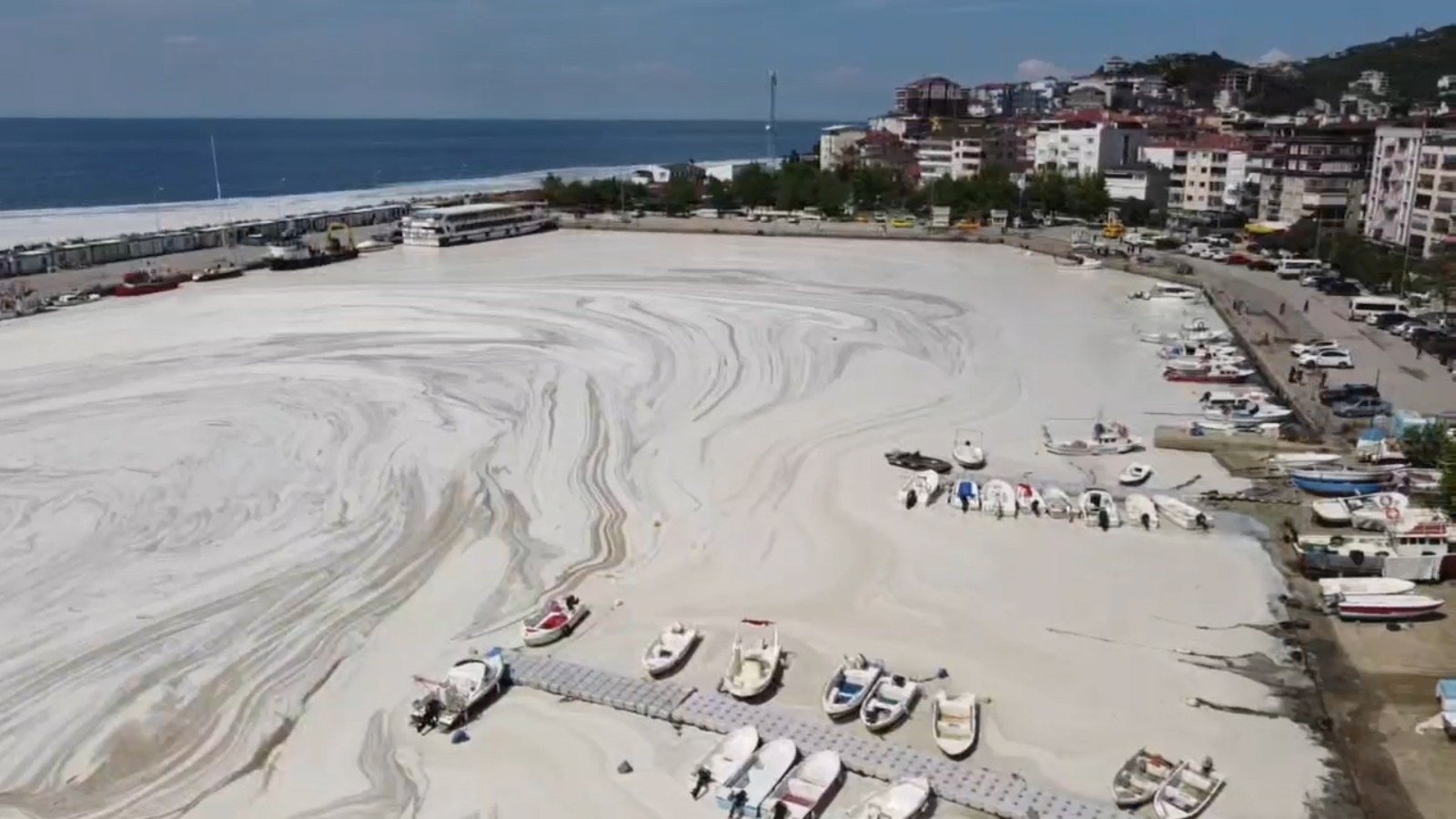 Turkey has a “sea snot” problem – as anyone dealing with such matter would. But new drone footage offers astonishing proof that Turkey’s case is as serious as it is disgusting.

Sea snot choking marine life (and not with gagging)

The slimy, silvery-beige substance has been proliferating in the Sea of Marmara, and now covers large parts of its surface, bottom, and swaths of its shores. Recent video shot by drones shows ports and long lengths of beachfront clogged with the accurately nicknamed “sea snot.” The gelatinous muck had never been spotted in Turkish waters before 2007, and has since spread at alarming rates during spike periods. Experts estimate it may have doubled in volume over the past week alone.

Scientists say the biggest cause of the scourge is – surprise, surprise – human-created climate warming and pollution dumped directly into the sea. That produces conditions within which naturally existing phytoplankton gorge on over-abundant nutrients. Though usually beneficial to marine life by emitting oxygen into the water, those binging, over-active organisms begin discharging a mix of protein, carbohydrates, and fat. That amasses in thick, viscous slicks of marine mucilage (aka you-know-what), not only making vacation swimming unthinkable without replica hazmat bathing suits, but also choking marine life like coral on the seabed.

Turkish news site DuvarEnglish.com has featured coverage of the rising sea snot tide. The threat it poses to the fishing industry, the environment, and communities around the Sea of Marmara – including Istanbul – has gotten politicians involved. Last week parliament took up discussions on battling the threat. Over the weekend, President Recep Tayyip Erdogan stepped in, vowing to tackle the problem (though without using the unpresidential s-word in doing so).

“We will save our seas from this mucilage calamity, leading with the Marmara Sea,” Erdogan proclaimed. “We must take this step without delay.”

For now, however, Turkey has deployed just  25 ships to scoop up surface-floating sea snot (a flotilla that has not been dubbed the “Kleenex Navy” – yet, anyway). An additional 18 vessels are putting netting and other barriers into place to prevent the slicks from drifting to shores. That, however, is treating the symptom rather than the illness. Drastic measures would be required to halt habitual pollution into the sea, whose temperature has risen 2-3 degrees Celsius since industrial times. Turkey’s reaction notwithstanding, that warming will continue to some degree without dramatic efforts across the entire globe to halt climate change.