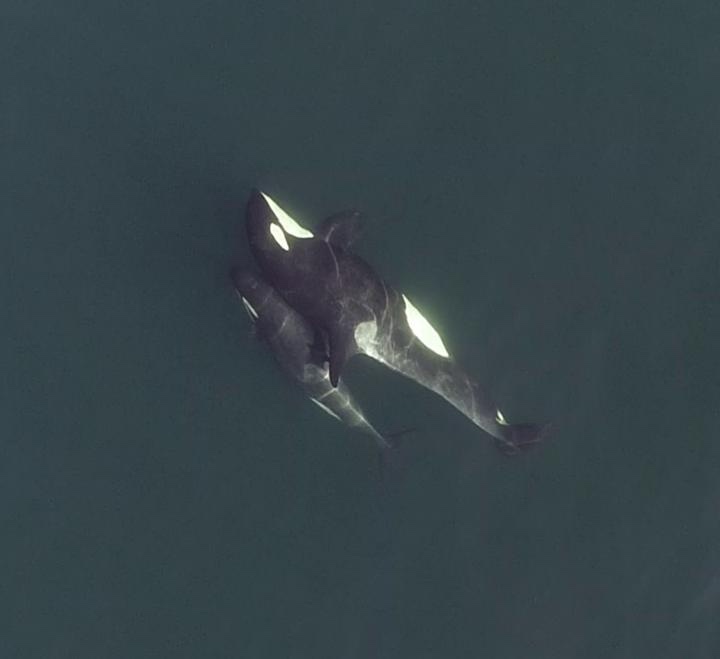 English researchers say video taken by drones has allowed them to uncover unprecedented information on the social behavior of killer whales. Among those findings: Orcas form best friends with specific individuals in their pod.

Experts at the University of Exeter and Center for Whale Research in Washington state said use of drones permitted them to observe killer whale interaction in a way they never could before. The overhead position of the craft provided clear video of submerged orcas up to certain depths. Previously, scientists were limited to watching killer whale interaction when they came to the surface in groups. The 651 minutes of video shot by drones during the 10-day study, therefore, provided previously unknown information about orca behavior.

That includes clear evidence of orcas preferring certain individuals from their pod, and spending more of their time with those best buddies. As is the case with younger humans, those best friends forever tend to be of the same gender and age as each other. And, as with human not-always-truly-BFFs, the social bonds between those whale chums wane as they get older.

Orcas act a lot like humans (minus trendy internet apps)

Use of the craft, says University of Exeter’s professor Michael Weiss, was key to finding specific behavior that had been masked within the more general whale interaction researchers could observe before.

“Looking down into the water from a drone allowed us to see details such as contact between individual whales,” Weiss notes. “Our findings show that, even within these tight-knit groups, whales prefer to interact with specific individuals. It’s like when your mom takes you to a party as a kid – you didn’t choose the party, but you can still choose who to hang out with once you’re there.”

The overhead perspective revealed other aspects of orca interaction.

For starters, they make physical contact with one another far more frequently than thought. That touching, experts believe, offers the same soothing, stress-relieving effects that humans rely on it for. And as any person who has been through almost a year and a half of pandemic restrictions will appreciate, that ongoing physical contact between whales serves to reinforces the social connection of individuals and the wider pod.

Footage also indicated that younger whales and females have a particularly strong influence on pod social behavior – a fact that should make adult orcas exceedingly happy that neither Instragram or TikTok exists in their realm. As proof not everything on the internet is obnoxious, however, researchers note funding for what became their game-changing drone acquisitions came in part from online crowdfunding.