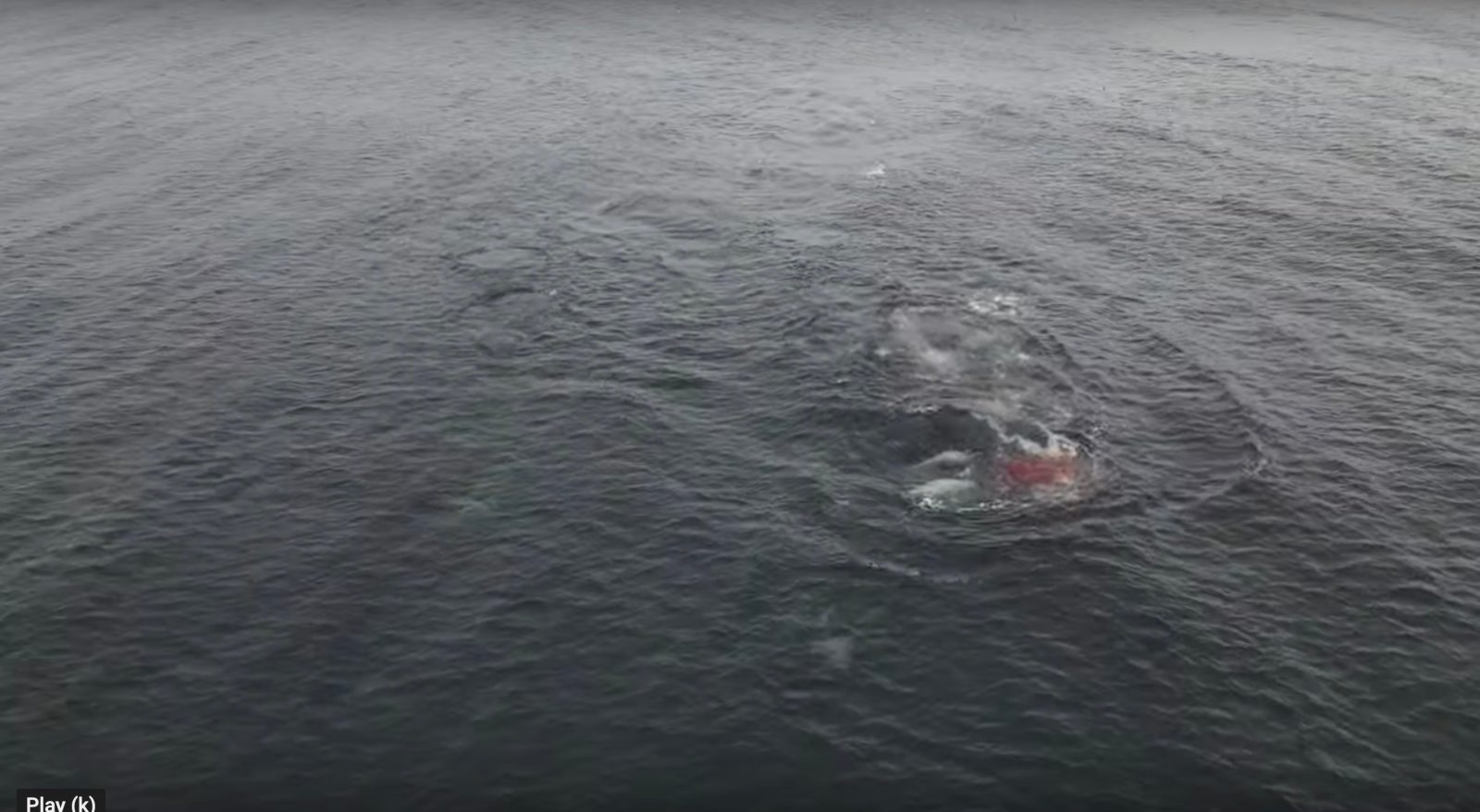 It’s no match for a Freddy Kruger flick – much less Jaws – in the gallons of gore per minute ranking. But drone footage captured off Scotland’s northeast coast last week does offer a rare view of orcas on a seal hunt.

Blood in the water, drone in the air

The film was shot on May 10 by drone pilot Sam Mackay about five miles south of famous Highland village John o’ Groats. Though Mackay had spotted whales at sea before, it was the first time he’d witnessed a pod on a hunt. Indeed, few people ever do – and virtually nobody ever happens across an orca feeding frenzy with a filming drone conveniently aloft. Here’s hoping Mackay had the presence of mind to keep watch for lost wallets by the road, then stop off to buy a lottery ticket on his drive home: Luck was obviously with him on the day.

Local paper Strathspey & Badenoch Herald quoted the fortunate pilot describing the scene as “nature at its brutal best.” He aded, “It was the kind of stuff you would only expect to see on the TV.”

For viewers who just can’t stand the suspense of extended chase scenes, the first unmistakable case of a killer whale living up to its name comes just after the 1:50 mark. The lunging form of an orca, immediately followed by a large, swirling crimson cloud leaves little doubt.

Indicative of less visible kills, meanwhile, are the more-stupid-than-brave risks trailing seagulls take to snag bits of seal burgers off the surface. What’s seabird for “they’re snarfing anything in tooth distance, idiot”?

Mackay reports the pod was made up of at least seven orcas. A local wildlife photographer participating in an effort to identify killer whales that frequent the area says the group is known to researchers as the 27s. Not too terrifying a name for a gang with multiple deaths on its hands. That said, all the classic monikers like the Jets and, um, Sharks are already taken.